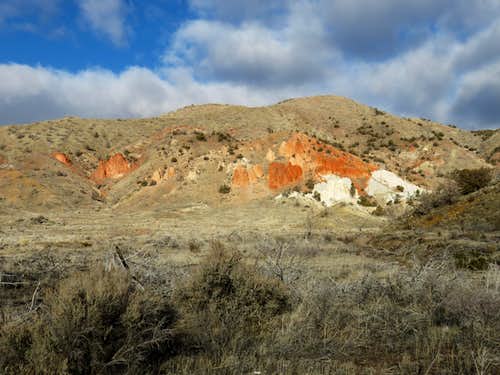 Located about 30 miles northeast of Reno, Nevada, the Red Rocks series of hills is a charming, colorful hiking and climbing area. The “red rocks” are located in the western part of the area, located partly in Lassen County, California and partly in Washoe County, Nevada. All the summits in the area, however, are in Nevada.

These four summits together, make up the Red Rocks area summits. 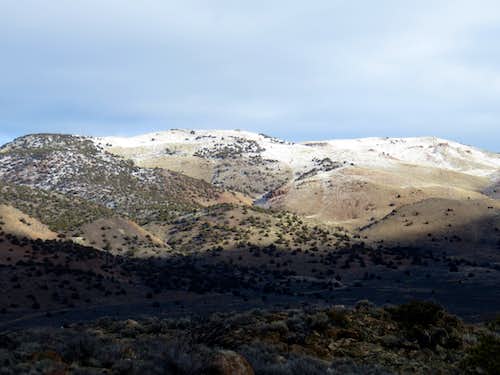 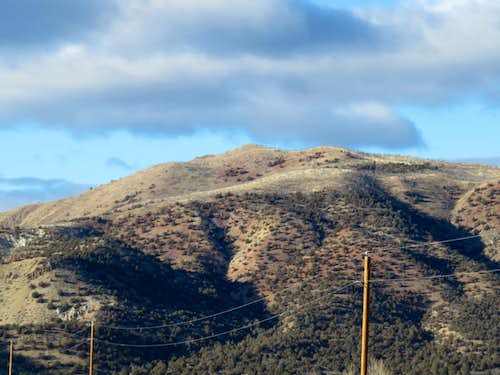 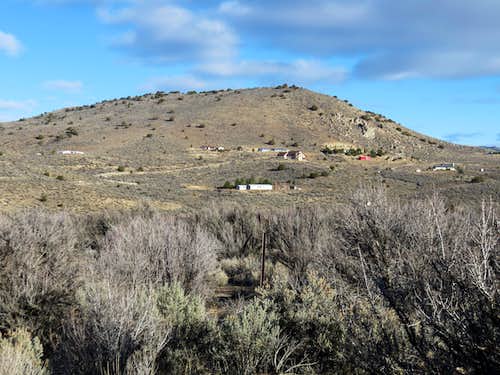 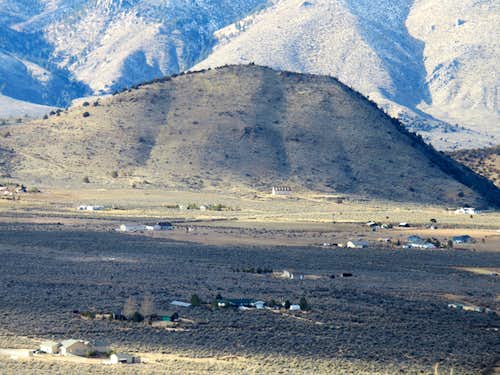 Red Rock 5,184'
There are two summits on Seven Lakes Mountain that are distinct. Peak 1766 or the North Red Rock Summit is approximately 5,794’ with a prominence of 360’. It is reached by hiking up above the Red Rocks on the California side of the range. The summit itself is in Nevada.

Seven Lakes Mountain is located almost three miles further east. It is reached from various routes, although the most direct is from the south.

The best time to hike in the Red Rocks area is late October through April. Avoid the area after rain storms; it is better hiked in dry conditions. The summer is too hot, and snakes can be an issue in rocky areas.

There are two ways to reach the Red Rocks. Assuming a southern approach, from Reno head up US 395 towards Susanville. Enter California and drive about 17 miles to the Red Rock exit. All of the summits are accessed from Red Rock Road or dirt roads off of Red Rock Road. 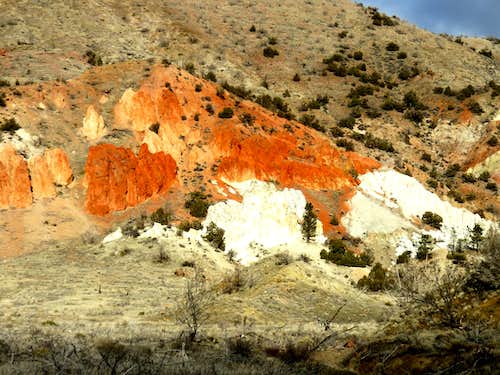 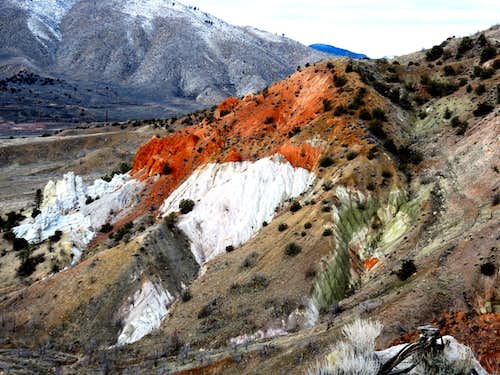 The Red Rocks seen from the east ridge
You can also take a longer scenic route up Red Rock Road from the south; about 10 miles north of Reno. This is about the same driving distance to the red rocks, but probably takes 10-15 minutes more to drive.

There isn’t any red tape for any of the primary summits. The “Red Rocks” are located in a non-descript area off the main road. Porcupine Peak is on private land, but is easily accessed without passing any “No Trespassing” signs. I hiked all over the area and saw no such signs anywhere, which is odd for Nevada.