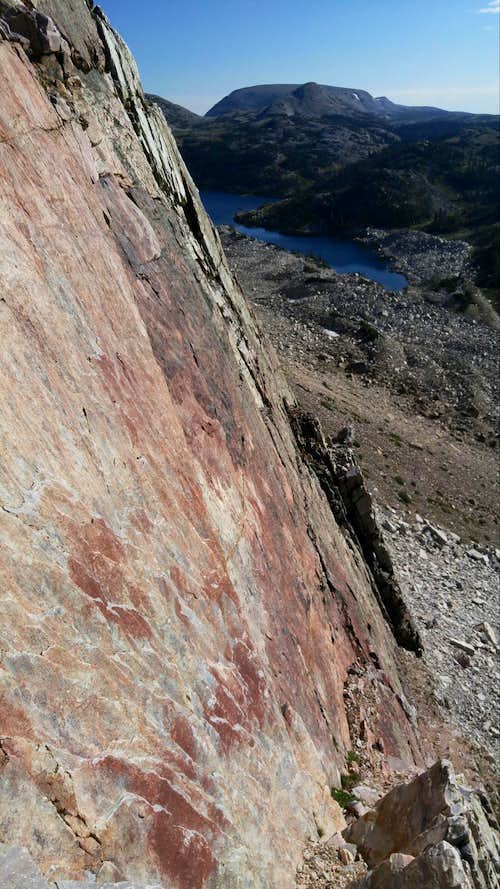 The Red Spot
Perhaps the most remarkable feature on the massif making up Medicine Bow Peak, the Diamond is a glistening face rising nearly 1000' from its base. On it are a handful of routes, with the easiest but arguably most dangerous being the Red Spot route.
The Red Spot is a large, prominent splotch on the Diamond, and the route actually goes just left of it.
It is 5 pitches and goes up about 1000', and the grade is 5.5 R. The R is no joke; although I only roped up for P2 and P3, at one point on P2 I went 80-100' without placing any pro. With P1 being pretty short, this presented a potential groundfall. P3 has some run-out sections, too.
So do not be fooled by the grade. Yes, it's 5.5 (I would argue that the way I went on P3 was 5.6, but whatever), but this is not a route for a new leader. Because of the R factor, I recommend that leaders here be solid at 5.7 trad at the very least. The pro that does exist tends to be bomber, though. 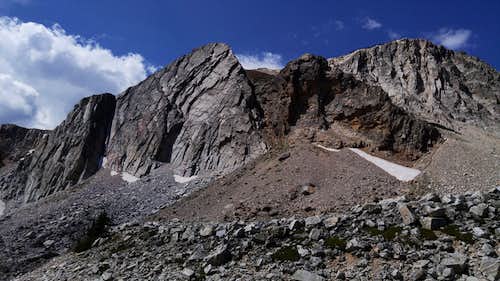 On WY 130, park at the Lake Marie parking area. This is 26 miles east from the intersection of WY 130 and 230 south of Saratoga, and it is 15 miles west of Centennial.

Make your way to the base of the route by clambering along the west side of Lake Marie. The approach is about 15 minutes.
Alternatively, hike the trail along the east side of the lake and then work around the north end of the lake back south to the base of the Diamond. Also, you can start from Mirror Lake and do this.
The route begins a little left of the prominent "pillar" jutting from the base. See the picture below. 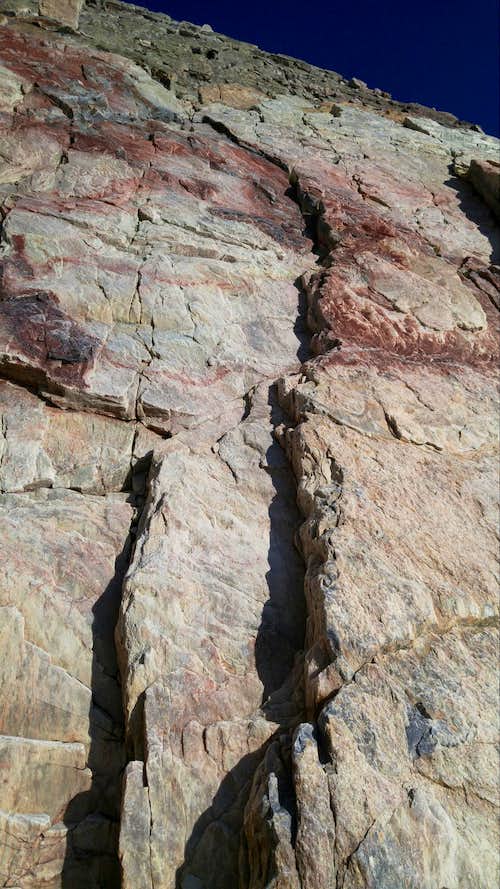 P1-- Class 4 or 5.easy. Less than 100'. I scrambled this because I was solo and there were not good options for ground anchors. The path I took didn't seem to have much pro, but a harder variation did seem to have some possibilities. Belay at a ledge and alcove. 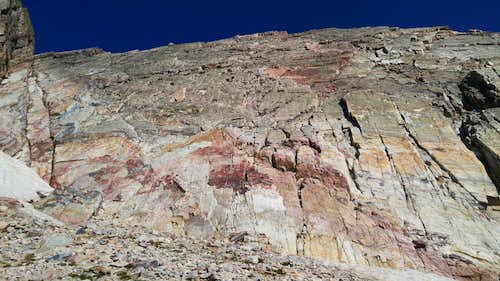 Red Spot Route
P2-- 5.5, about 200'. This pitch wanders a little (assuming you are chasing the pro) and has a long run-out section that presents a risk of groundfall. My first piece was an extended pink Tricam in a horizontal crack before my path took me well to the right; had I not found that placement, the pitch would have had two R sections. Belay from an obvious ledge with a lot of loose rock; this ledge is just left of the Red Spot. 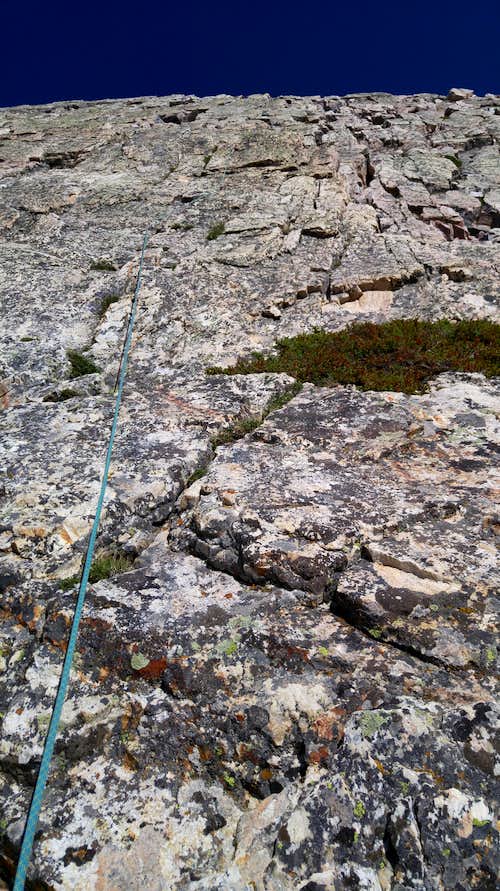 P2
P3-- 5.6, about 200'. Although the route has a 5.5 grade, I felt this pitch, following the pro, was 5.6, and at least one commenter on Mountain Project thinks it's 5.7. However, the pro is awesome where the route questionably becomes harder than its published grade. Belay when you reach the large diagonal ledge running across the upper aspect of the face.
P4 and P5 are no harder than Class 3, and after them, just wander off and find the trail leading back down to Lake Marie. You could rope up for these pitches, but the rock is pretty chossy most of the way. If you made it up the first three pitches without freaking out, you should be able to scramble the last two. But you are the judge.
An alternative 5.9 finish, with two pitches, is possible after P3. I have not done it, but the photo below shows it, and the linked MP page has more information. 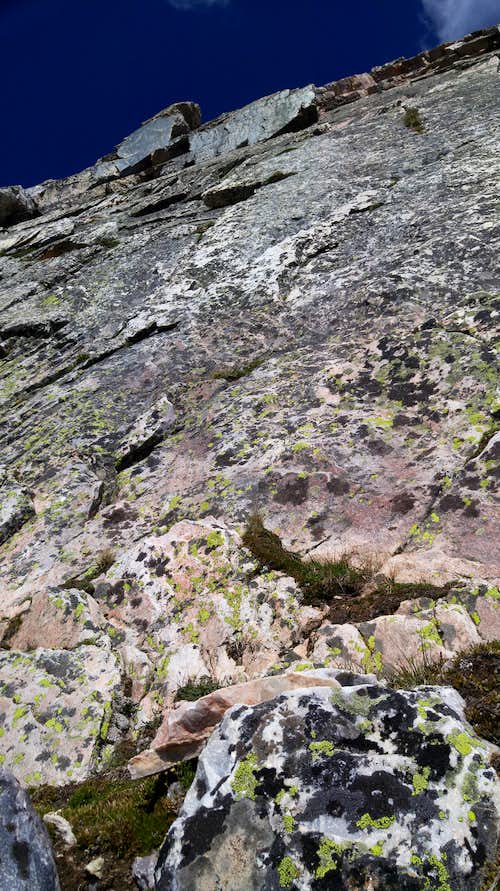 My rack for this route: 70m rope, set of Ultralight Master Cams 1-8, set of stoppers, set of Tricams.