Sunrise on San Juan and Huantsán 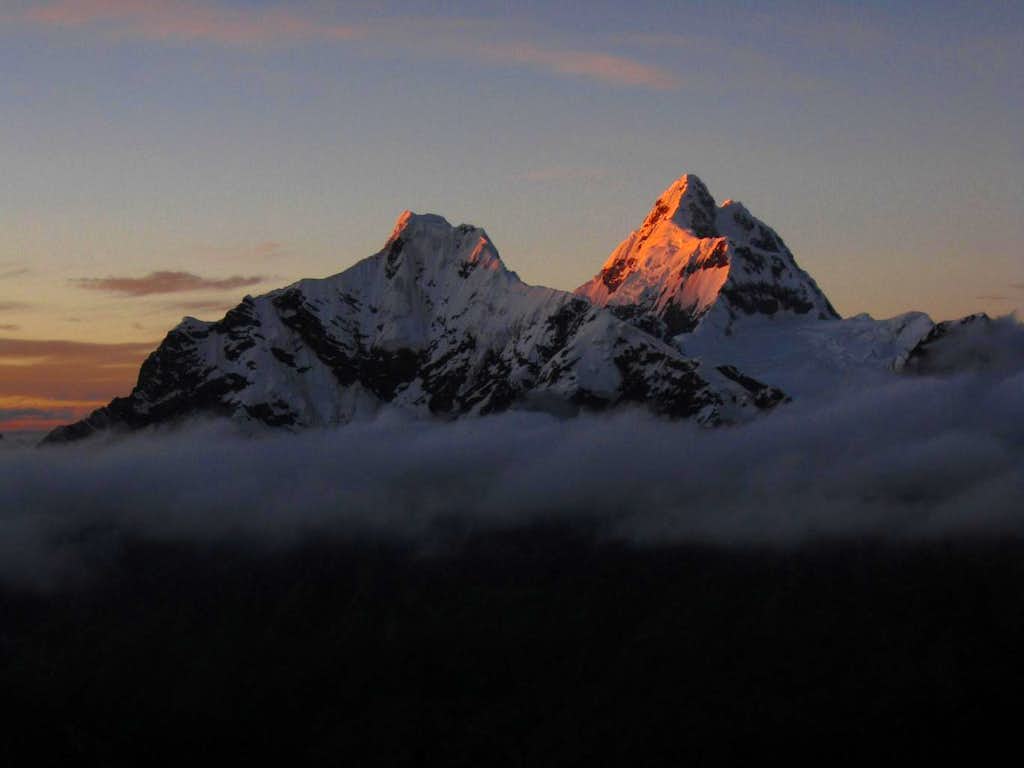 I had to get out of my warm sleeping bag and into the freezing cold for this shot, but I think it was worth it :-)
Cheers, Rob

A great and breathtaking scene!
Congrats and cheers,
Eric

Huantsan is probably my favorite mountain in Peru :) The book of it's first ascent (Eggeler and Terray) is available as a free download here, and is a really good read:

Thanks for that link. It was a really good story, and nice to know a bit more about Dutch climbing history!

Mountaineering surely was a lot harder back then. We have so much better gear now, better weather forecasts, and better knowledge of the mountains. Quite different from climbing a big mountain without knowing what might be the best route, if there is a suitable one at all, and getting surprised by inclement weather because there is no forecast ...

On the other hand, it struck me that the bad weather never lasted very long. Only on one occasion it lasted several days. The climate last year was very similar. Mind you, if things had gone only slightly different, they would have been high on Huantsán when that storm hit the area, and could easily have died up there.

Kinda strange were the units though. On several occasions, I read about estimated weights of 44 and 55 pounds. That must have been an artefact of the translation, with the original weights being 20 and 25 kg.
Likewise, there were a few cases where I would have preferred meters instead of feet, but I suppose the audience for which this translation was intended wouldn't agree.
For the most part, these were the only clues that it wasn't originally written in English.


For the record, to give credit where credit is due, there were three first ascenders: The two Dutch geologists Cornelis Egeler and Tom De Booy, and the French mountain guide Lionel Terray.