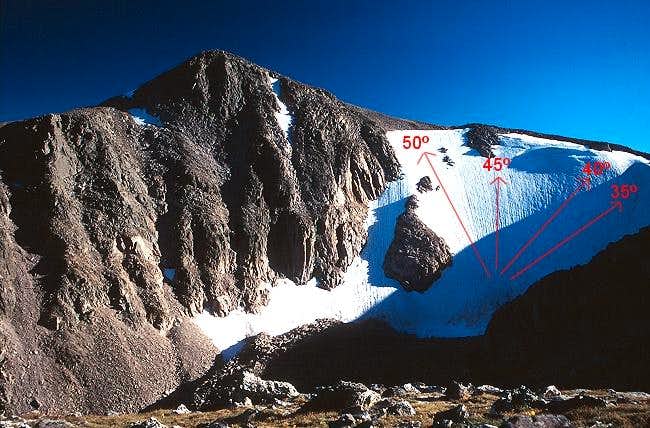 John Tyndall (1820-1893) was almost the first person to climb the Matterhorn. He turned back a few hundred feet from the top one year before Whymper made the famous ascent. Tyndall did succeed on first ascents of several Alpine peaks including the Weisshorn and Pic Tyndall on the Matterhorn. He authored Hours of Exercise in The Alps, a classic of the Golden Age of Victorian mountaineering. Tyndall was also a scientist, inventor, and poet. He studied magnetism, atmospheric gases including the greenhouse effect, light transmission, and the formation and motion of glaciers. His book The Glaciers of the Alps was published in 1860. He was an early defender of Darwinian evolution, when it was less popular than it is today. As a lecturer he was known for making complex scientific subjects interesting and understandable to laymen.

Enos Mills (1870-1922), the "father of Rocky Mountain National Park" made hundreds of trips up Longs Peak and other mountains in the Park during his years as a guide in the Estes Park region. Mills read voraciously during the long Colorado winters and learned much about John Tyndall. He proposed that Copeland Mountain be renamed in honor of Tyndall. The Colorado Geographic Board objected since Tyndall had nothing to do with Colorado. (John Copeland was an 1860's prospector in Central City and later homesteaded 320 acres by the lake that also bears his name.) A compromise was reached and in 1932 the Park Service gave the Tyndall name to the stunning gorge and glacier on the north side of Hallet Peak, now one of the most photographed areas in the entire Park.

And so it is that a small glacier in Colorado is named for a pioneer of Alpine mountaineering. An ascent of Tyndall Glacier is a superb basic mountaineering outing. 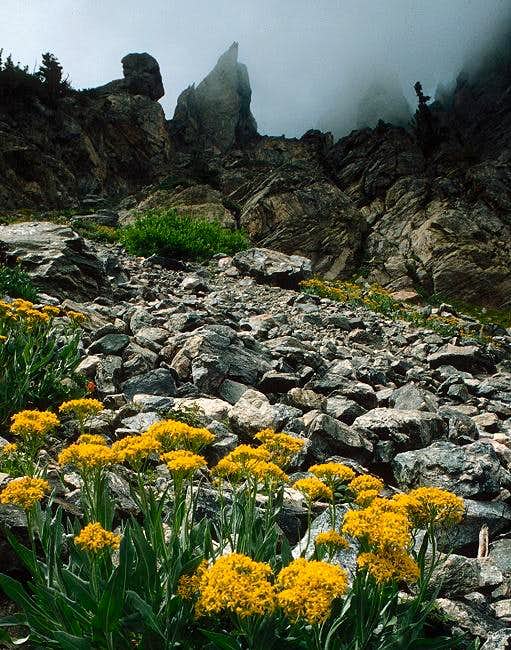 Start from Bear Lake as described in the Getting There section on the main page, but instead of heading right at the first trail junction, bear left towards Nymph, Dream, and Emerald Lakes. These lakes, each about 1/2 mile apart receive the most tourist traffic of any trail system in the Park, and for good reason. The hike is one of outstanding Rocky Mountain beauty. You, however, will be departing from Bear Lake at an hour when most tourists are asleep in their hotel rooms, and will only need to deal with the crowds during the descent. Then, with your axes and crampons strapped to your pack and the flush of success in your face, you will be the beneficiary of many curious stares of interest and approval.

The trail ends at Emerald Lake and your first challenge is to negotiate the one mile and 1,800 feet of elevation gain through the gorge to the base of the glacier. Pass Emerald Lake on its south side, and in front of you will be the Yam Wall. Although you can ascend this Class 4 cliff, another option is to follow a broad ramp to the left (south) that heads directly below the impressive north face of Hallet Peak. If this is early in the season then this ramp will be filled with snow and you will already have ice axe in hand, as portions of it reach 30 degrees. Once you are above this steep section continue up a series of ramps and gullies, chosing the path of least resistance. The finally obstacle before you reach the glacier's snout is the rubble of a terminal moraine. This is best passed to the left.

Tyndall Gorge is a splendid place, with the cliffs of Hallet Peak towering above you to the south and the imposing spires of Flattop Mountain on the north, with waterfalls and flowers in abundance.

Once you reach the base of the glacier simply choose your line depending on snow conditions and your mood. The right (north) side of the glacier is about 35 degrees and the far left edge reaches 50 degrees. The left side also provides for a longer climb, about 500 feet, and is my first choice. Note that these are the slope angles where most avalanches occur, so be sure conditions are stable before venturing onto the glacier. If conditions look doubtful you can check out the Krishna Cutoff as an alternative option.

Early in a typical season (late May-June) you can kick steps up the snow. As the summer progresses the snow will harden and the glacial ice may be exposed.

There are several descent options including backtracking down Tyndall Gorge, with the glacier providing an excellent glissade, walking south along the Continental Divide to Andrews Glacier and returning through Glacier Gorge, or descending the Flattop Mountain trail. On one glorious day we were able to make nearly one continuous glissade from the top of the glacier all the way down to Emerald Lake! Those conditions have not repeated on subsequent trips, but the possibility is there. Tyndall Glacier is also popular with people who ski much better than I ever did.

A basic mountaineering ice axe is required at any time. As summer progresses and the snow firms up crampons will become necessary. I like having a helmet in Tyndall Gorge as there is a lot of rockfall evidence.