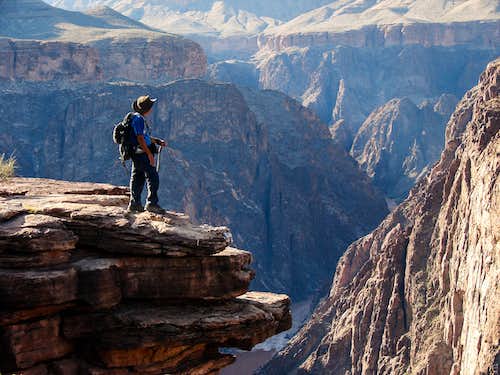 People who climb the same things as Nelson

I enjoy non-technical, off-the-beaten-path scrambles and rambles. No goals or lists, just enjoy being in the backcountry. Will return to the same place again and again, it's always new. Have been known to stop for a minute to examine a bird or flower. I don't move real fast.


Quote from Charles Lind, An Afterclap of Fate

At moments like this you can really savour the wry humour of Donald Robertson's remark 'climbers are always trying in self-defence to maintain the fiction that they are enjoying themselves'.

Mummery was surely right in his observation that 'the essence of the sport, lies not in ascending a peak, but in struggling with and overcoming difficulties...'

People are always asking me to explain or justify the sport of climbing ... but climbing, just like life itself, has no narrow rational purpose ... all its sense lies in the doing. ... A reawakening to what it means to be alive, the unaccountable miraculousness of being ... and that feeling of sheer delight in it.


Quote from Jonathan Neale, Tigers of the Snow

Then Khansa tells me he has been reflecting on this matter since 1953. He's finally concluded that foreigners climb mountains because they like to. Unlikely as that seems, no other explanation makes sense.


Andy following me (a rare event) on Dragon's Tail Couloir. May, 2006. Photo by smudge.

See all of my 402 Images:
Highest Score
Most Recent

Climbing in the Garden of the... 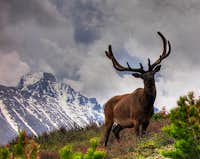 Dawn over the Himalaya

Taboche and Cholatse from the...

Glacier travel in the Peak 5950 basin

It Ain’t Over Til It’s Over 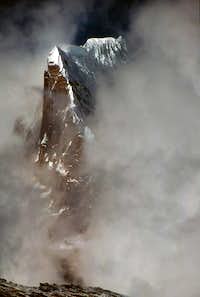 Hoar frost on the summit of...

The huge bulk of Mount...

View north from the summit of...

Mawenzi Peak at sunset from... 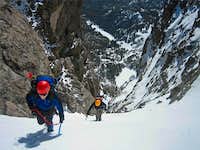 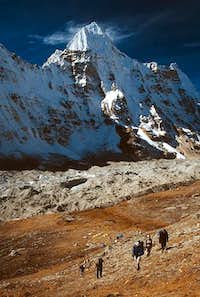 Climbing up the grassy slope... 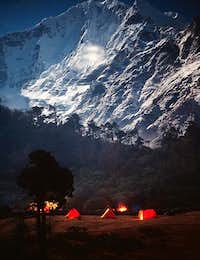 Our camp at Tengboche,...

The East Face of Longs Peak,...