Peak 12,320+, unofficially named “Bullfrog Peak”, lies on the Great Western Divide and is the first peak south of Florence Peak along that range. In height, “Bullfrog Peak” is relatively significant for this region- it is a mere 100 feet or so lower than Florence Peak. In appearance, though, it is somewhat lacking. There certainly isn't anything that will attract technical climbers; the peak appears to be mostly rubble on every side. However, the region is very scenic and cross country travel is relatively easy. Sometimes it's nice to take a break from the more demanding peaks found in other parts of the range.


There are few, if any, peaks in the Sierra Nevada that rise above timberline and have a bad view. “Bullfrog Peak” is no exception. In fact, in every direction except to the north, the view is probably nearly identical as that of Florence Peak. The view north from “Bullfrog Peak” is Florence Peak. Unfortunately, not the best side of Florence. Just more rubble. But the rest of the panorama sweeps around from the impressive Kaweahs to the northeast, the Mount Whitney region to the east, and the vast forested Kern River drainage to the south. A clear day will likely reveal the Tehachapi Mountains in the far southwest. To the northwest is the zone where Central Valley smog meets the surprisingly abrupt western escarpment of this part of the Sierra Nevada.


The top of the mountain consists of a high point at each end of the north/south trending summit ridge. Curiously, the north summit has a spot elevation of 12,323 feet even though the south summit is obviously the high point. I'm not sure if the map makers misplaced this spot elevation, or if the surveyors needed an accurate measurement of the lower north peak for some unknown reason. I suppose few will care about this issue on such an unimportant peak.


“Bullfrog Peak” has a prominence of about 680 feet.

The closest trailhead is in Mineral King. Total Round Trip: About 14 miles for the most direct route up the mountain. There's an elevation gain of about 5,100 feet. 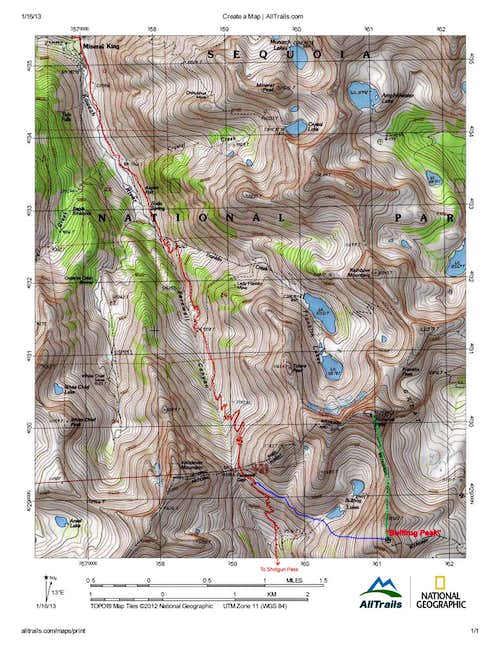 
Follow the trail south for about 5 miles to the top of Farewell Gap (10,600 feet). There's an elevation gain of about 2500 feet along this section to the top of the pass. From Farewell Gap, “Bullfrog Peak” is the prominent mountain rising toward the southeast. It may be desirable to traverse from the pass across to the lip of the basin containing Bullfrog Lakes. This appears to be the most direct route to the mountain. 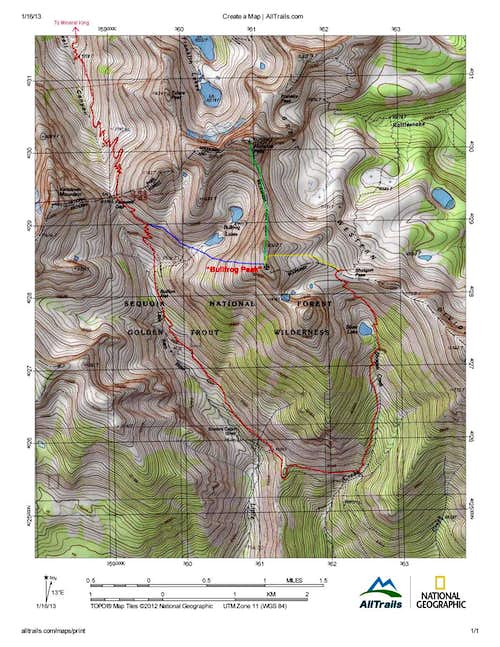 Suggested Routes
This peak seems to be class 2 from nearly every direction. It is an especially quick and easy scramble from the Shotgun Pass area. There may be class 3 or even class 4 routes on the face that rise above Bullfrog Lakes basin. The easiest route from Bullfrog Lakes appears to be the rounded talus covered west ridge which should be accessible from the lip of the basin. The north ridge, which connects “Bullfrog Peak” with Florence Peak looks like it may be class 2 with a bit of class 3 here and there.


In addition to climbing “Bullfrog”, one may want to consider taking a little extra time to climb “Peak 12,280+” just to the southeast. Although slightly lower than “Bullfrog”, it appears a bit more striking in appearance. The ridge that connects this peak with “Bullfrog” looks like easy class 2. I regret that I didn't tag this peak as well. 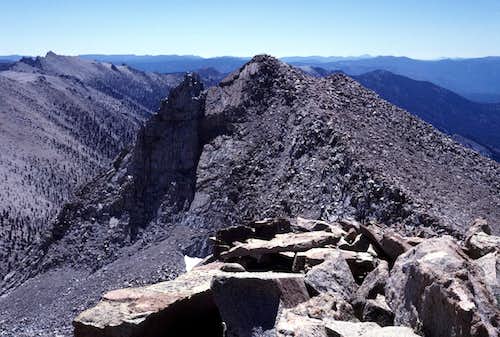 This peak can be climbed year round, though most will want to visit in the summer months when Mineral King Road is open. A winter climb would entail a significantly longer approach of dozens of extra miles.

Wilderness Permits are required for all overnight trips within both Sequoia National Park and Golden Trout Wilderness. Permits are not required for day hikes. Permits may be obtained at the Mineral King Ranger Station. Online applications and permit info is here:

Note that a permit obtained in one agency is honored by other neighboring agencies. Your Sequoia NP permit will be valid in Golden Trout Wilderness and vise versa.

In general, camping is permitted throughout this region with a few exceptions:

This region is home to large populations of bears. Park approved bear resistant food storage containers are strongly recommended, but they are not required. Nevertheless, proper food storage is mandatory. This also applies to any vehicles left in hiker parking areas. Here's a page that has excellent information on bears and food storage: Bear Wild 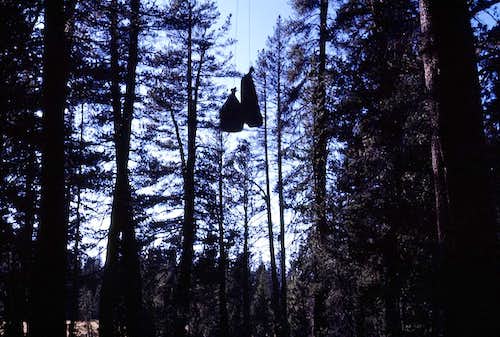 Campfires are permitted below 10,000 feet in Sequoia National Park. In Golden Trout Wilderness, they are “discouraged” above 9,000 feet.

The name originates from a film can register left by Andy Smatko in 1982. The name was undoubtedly derived from the mountain's proximity to Bullfrog Lakes located just to the northwest. 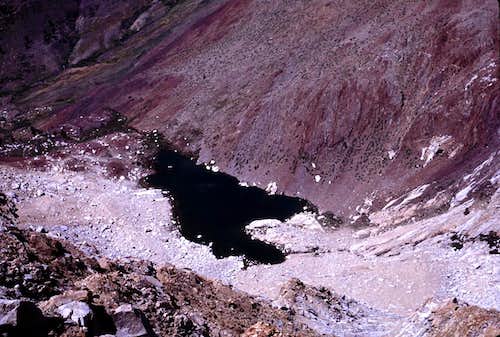 The primary image is used with the kind permission of Bob Burd. Many thanks for that, and also for discovering the name, "Suzanne Mountain",  for Peak 12362.