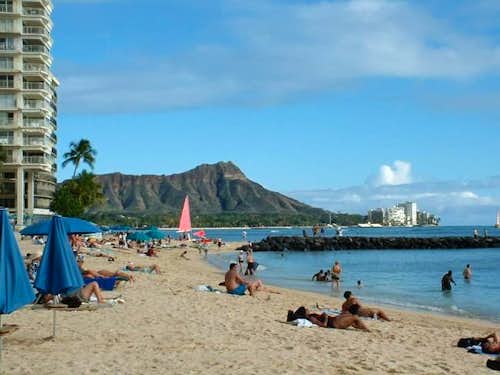 Diamond Head in its truest form

There are a couple of peaks named Diamond Head. They tend to be tall and more rugged. Don't mistake them for the classic though. The iconic state monument summit Diamond Head in Wakiki, Hawaii is the by far the most famous of them all. It is also the most visited and the most well know as well. No visitor can go to Hawaii without seeing Diamond Head towering over the beaches of Wakiki and many tourist, many who are not hikers our peakbaggers hike to the summit of this famous clasic summit. Honestly a trip to Hawaii would not be complete without a hike up Diamond Head. Even many none hikers would agree with that observation. 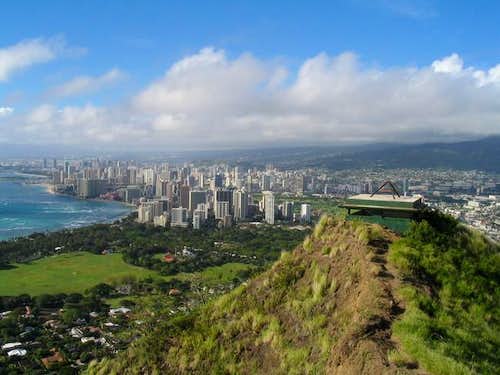 Looking at Wakiki and Honolulu

Located on the island of Oahu, Diamond Head is one of the most recognizable peaks in Hawaii. This a classic summit to all that visit Wakiki and millions recognize this summit at first glance. On any day of the year hundreds of people head to the summit of this extinct volcano. Overlooking Waikiki, it's drama makes for picturesque views. The 'peak' is now only the highest point of an extinct volcano that blew it's top thousands of years ago. The ancient Hawaiians called Diamond Head, "Le' Ahi", meaning "brow" or "back" since it looks like the dorsal fin of the Tuna. The common name of Diamond Head came from U.S. and British sailors mistaking the calcate crystals for diamonds. The station on the top was originally built in 1911 as a fire control station.  Before World War II, the U.S. converted it over by digging out lookout bunkers due to a threat of a Japanese potential invasion. They liked this site because of the expansive view from Aiea and Hawaii Kai all the way to Pearl Harbor. On a clear day, you can see Maui and even Molokai. 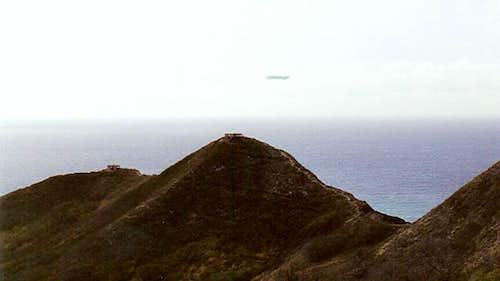 Picture of the many bunkers... 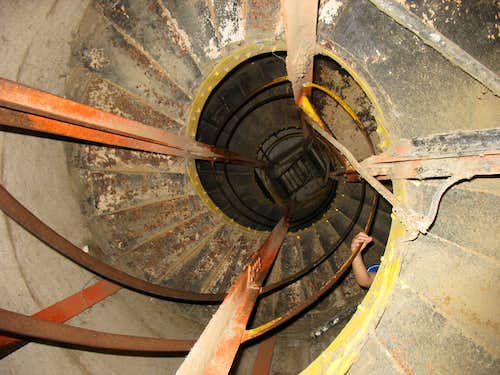 The trail to the peak is often crowded because of its ease and distance from downtown Waikiki. It's a great trek for the whole family. The trail is about 0.8 mile long and can be done in just tennis shoes (if it's not wet). It's recommended to carry a flashlight to negotiate a tunnel walkway and a REALLY dark winding staircase. The majority of the trail is a natural pathway carved out by foot traffic. As you near the top, you begin making your way through the bunkers, but that's not before you hit the stairs. 100 of them to be exact! I didn't count them, but they're numbered in increments of 10. Oh yeah, that's after the first set of stairs of 60-70 stairs... 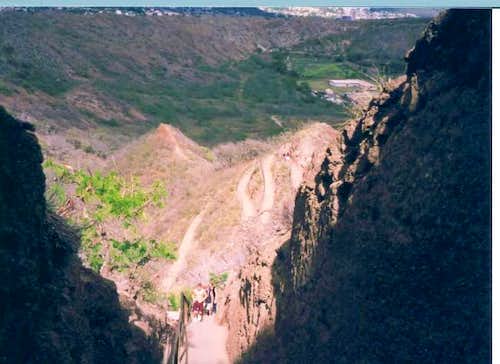 The winding trail at Diamond...

Heading East on highway I-H1, take the Koko Head Ave exit (Exit #26A). Turn right on Koko Head Ave and then left on Pahoa Ave, about a half mile down. Turn right at the four-way stop on 18th Ave. At the end of 18th Ave, make a quick right and a quick left (you will see the sign for Diamond Head) will take you to the Diamond Head Crater National Park.

Once you are in the parking lot, the trailhead starts on the left of the restrooms at the far end of the lot.

There isn't a fee to actually hike the trail, but there is a $5.00 parking fee. There is also a $1 fee per pedestrian. It should be noted that it cash only. Also, the park is only open from 6 am to 6 pm. If you park, BE SURE TO BE OUT BY 6 PM, or your car will be stuck since they close the gate to the only entrance to the parking lot. I also heard that they either start towing cars in the lot at 7 pm or that you'd have to pay another day's parking the next day when you pick up your car. Either way, I didn't want to find out.

This is a year round hike. Also expect crowds hiking here year round as well. 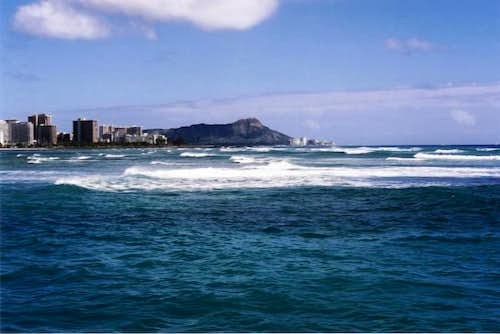 Diamond Head as seen from...

No camping allowed/available in the Diamond Head State Monument.

Another cool link to Diamond Head