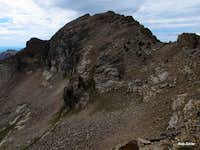 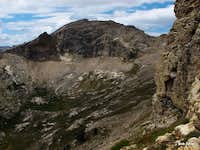 Not officially named, Full House Peak is the next peak north from Snow Lake Peak. From the saddle between Snow Lake Peak and Full House, there is a short but fun exposed Class 3/4 scramble to the summit of Full House, but a shorter route and one more likely to be used by someone after Full House only should be no worse than Class 3 without much exposure.

Views are excellent, but the peak itself is not that remarkable and probably won't appeal to many except list-chasers or people doing a traverse. However, for someone after a peak but with very limited time, this one could be the thing since the shortest way to the summit is only about 1.5 mi (but with over 2300' of elevation gain). Whatever your motive, look past the uninspiring profile of this peak and get up it for a nice taste of the Ruby Mountains, the most alpine range in Nevada and in an area of the range, Lamoille Canyon, often referred to as the "Yosemite of Nevada."

The name of the peak is not my own. During my ramble from Liberty Peak, I crossed this summit and found a register placed by the NV Peak Baggers Club that had the name in it.  It is not an official name, as the peak is unnamed on the USGS Ruby Dome quad and does not even have a listed elevation, but there is a story behind the unofficial name, here quoted from a person only known to me as "Sue" who emailed me to tell me about the name after seeing this page:
"The peak's name came from a Mazama [Mazama being another peak in the Rubies] trip back in the 1960's. The locals (including my family) didn't much care for their re-naming peaks that had gone by local names for a lot of years, but a couple of the Mazama names stuck and Full House was one of them. I guess one of their members had some luck in the local casinos. Locals referred to that peak as Island Peak previously. It ain't all that in the summer, but in the winter that peak offers excellent skiing if the avalanche danger is conducive." 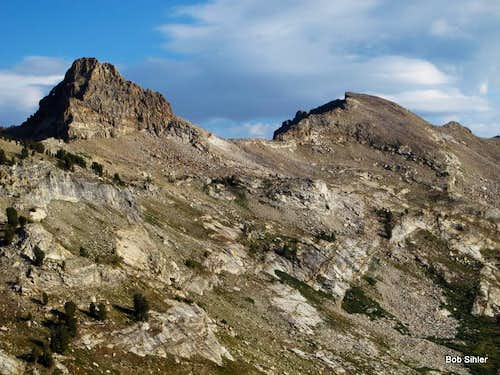 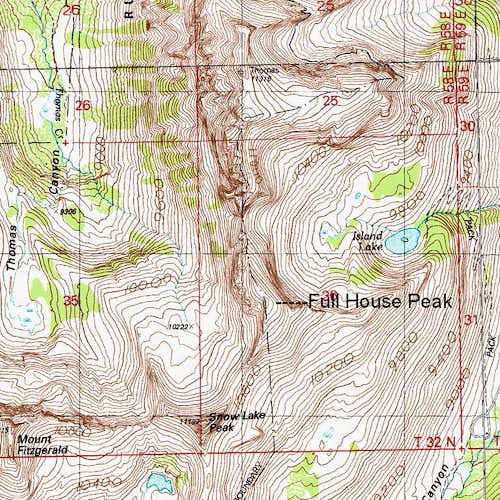 The most direct route from the TH is to head northwest for the peak's southeastern slopes. Although I have not gone this way, it appears that this is no worse than Class 3 here and there as long as you stay north of the long granite cliffs and slabs.

Another option is to head for the saddle between Snow Lake Peak and Full House Peak. This way, too, I have not gone, but it looks no harder than Class 3 as well. While up on the ridges and watching increasingly threatening skies, I spied what looked like some viable routes down that way had I needed to bail. 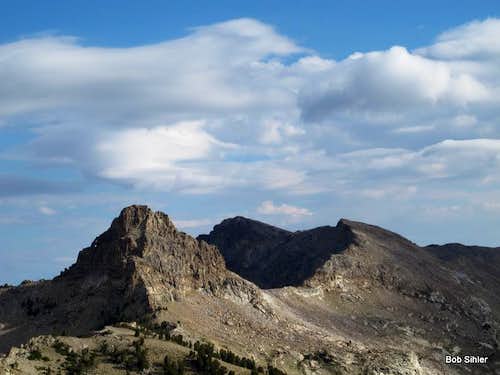 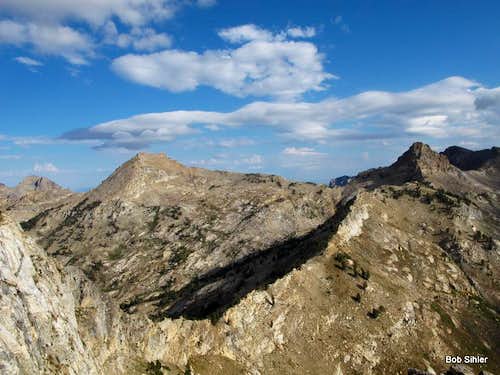 The ridge between Liberty Peak and Snow Lake Peak
Once you are at the saddle, the best part of the route, sadly too short, is before you. It is the narrow, rotten-looking piece of ridge to the north. Expect some exposure, loose rock, and some Class 3/4 terrain. Once past that section, you have an easy walk to the top. 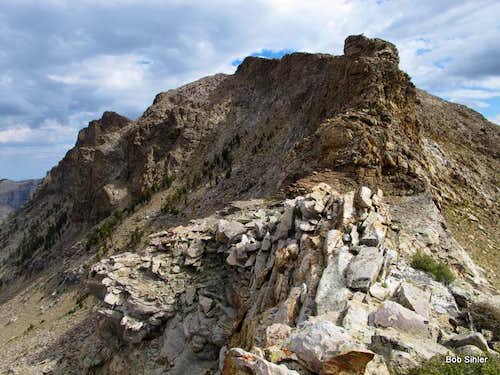 South ridge of Full House
The route from Full House Peak to Thomas Peak is also interesting. After an easy descent to a saddle, you face a menacing-looking ridge full of cliffs and gendarmes. Instead of trying to find a way up that, stay to the east and head up a ramp. When the terrain on your west side gets a little friendlier, you can hike northeast to a broad ridge east of Thomas or opt for a more direct scrambling approach by working up and north. That second way is fun Class 3 (harder if you want it-- I found a nice little Class 4 chimney that had a small overhang to deal with as well) and takes you to some interesting subsidiary summits before getting you to the true summit of Thomas. Those subsidiary summits are smaller and more challenging to climb than the main summit, so they are definitely worth the visit.

Follow the ridge east from Thomas Peak for nearly a mile until you can get into a rocky gully and then descend boulders and scree to gentler terrain and then to Island Lake, from which a trail leads for two miles back to the TH. 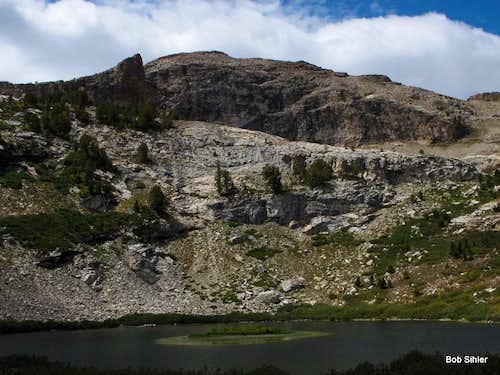 Full House Peak and Island Lake
In all, the traverse route as described above is about 12 miles with around 3300' of elevation gain.

Without needing a permit, you can camp off the trails out here. If you're doing a day climb, consider camping at Thomas Canyon Campground, which is about 3 miles down the road from Roads End. You can make summer camping reservations at recreation.gov. 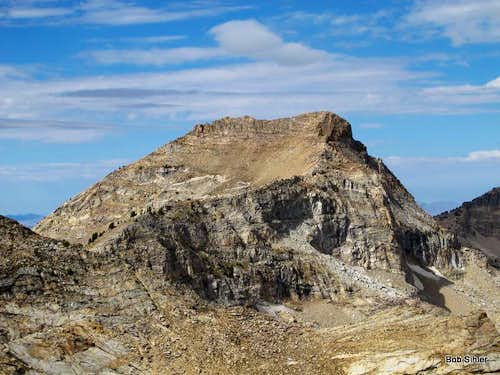 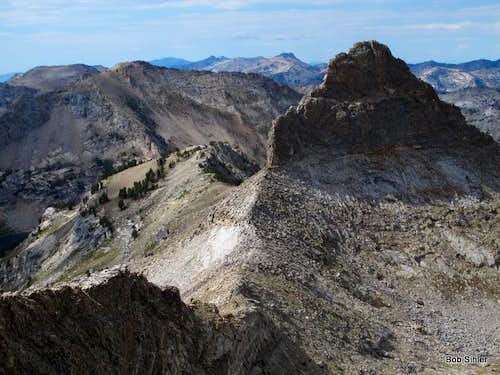