The Grand Mesa is a large scenic region and has 300 lakes scattered throughout the mesa top. In summer, the cool Mesa is a welcome relief from the hot and barren deserts below and surrounding the Mesa. The only drawback is the millions of mosquitoes present in June and July, and often into August as well. In winter the Mesa is a crosscountry skiing and snowshoeing paradise. The Mesa is often quoted as the World's largest flat-topped mountain, but I believe the Tepuis in Venezuela/Brazil/Guyana are larger.

Crater Peak is the highest point on the Grand Mesa while Crag Crest is by far the most popular to climb. 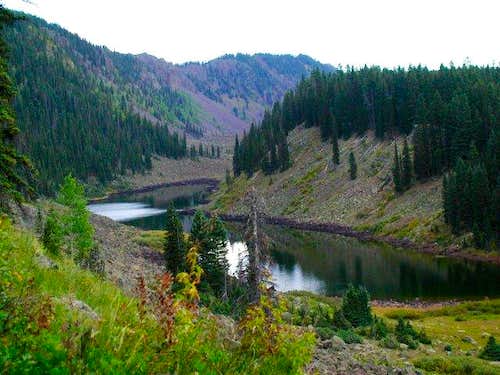 Looking down over Long Lake, along the Crag Crest Trail 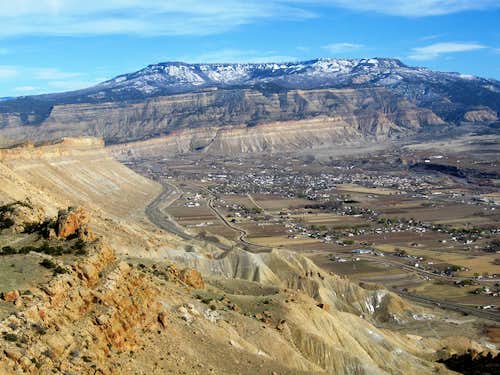 Since the Grand Mesa is usually fairly flat on top, most hikes originating on top, reach various mountain lakes. The Mesa does hold some surprises, though. Crag Crest is a nice ascent, as is Leon Peak (see the individual mountain pages). Since the Mesa is fairly flat on top, one might think that all hikes are easy. This is true on most trails, but not on cross country routes. The timber is thick, and navigating the mesa is a real chore without a trail. Although most of the terrain is flat, it is also laced with huge boulderfields that are challenging to get through.

Most people don’t do any off trail hikes due to the fact that a nice trail system exist. On the top of Grand Mesa, my favorite trails and hikes include Crag Crest Loop Hike, Lost Lakes from Mesa Lakes Lodge, and the short Land O’ Lakes Trail.

There doesn't seem to be many worthwhile technical rock climbs on the Grand Mesa, due to the fact that most of the rock is fractured basalt. If you do know of any good rock climbs, please post a message here. 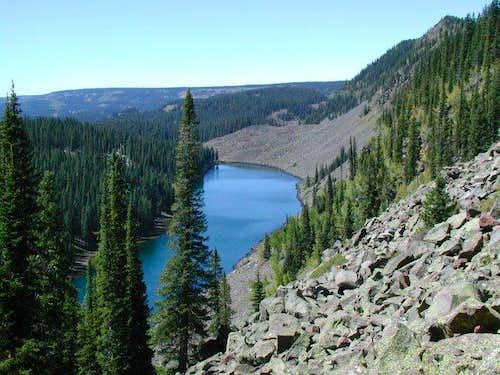 One of the many lakes below Crag Crest

The Grand Mesa was created by lava flows from fissures approximately 10 million years ago. The mesa exists because the basalt cap protects the soft sedimentary rocks underneath, and what is left and hasn't eroded away is now the Grand Mesa. 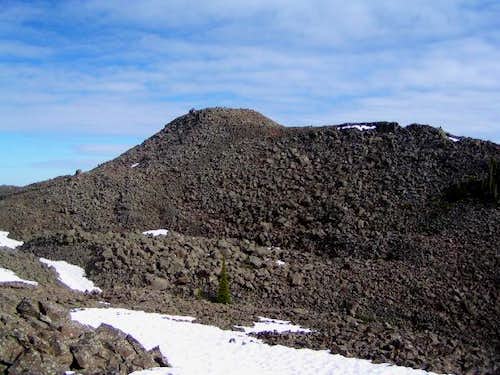 Late June through mid October is the snow free hiking season. June, July, and August have many mosquitoes. September and October are usually pleasant and without mosquitoes, and the fall colors are spectacular.

From November and into May, the Grand Mesa is a skiing and snowshoeing paradise, and boast some of the best snow coverage in Colorado. As long as you stay away from the north and south slopes of Crag Crest, and the Grand Mesa rim, then avalanche danger is usually very low.

Highway 65, also known as the Grand Mesa Scenic Byway, is open year round, providing good access year round. Most of the side roads from the Byway are usually open early summer though early fall.

Below is the weather and climate data for Mesa Lakes Resort, right on the Grand Mesa and at 10,150 feet elevation. *National Weather Service Data 1971-1979. This will give you an idea of what to expect, weather wise, but go prepared for large variations from day to day and year to year. 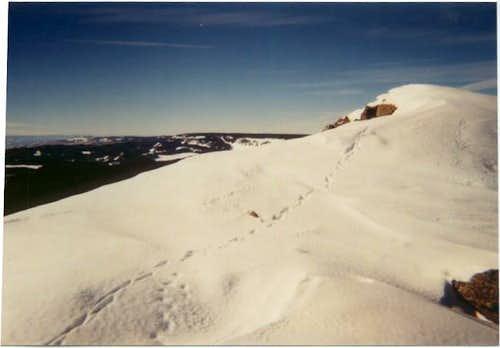