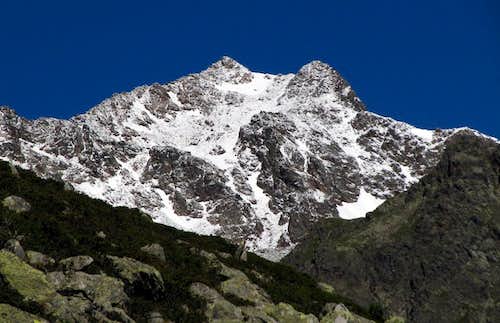 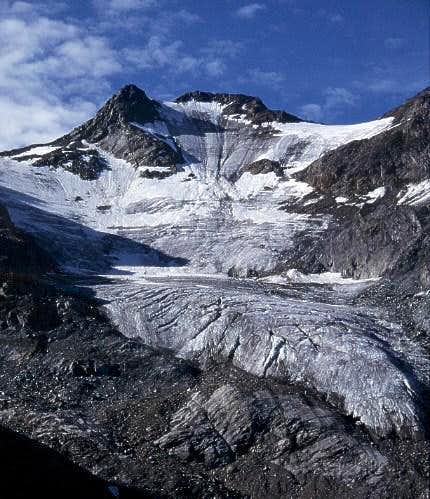 Hochschober is the most beautiful mountain of Schober Group, although it is not the highest one. This group stands south of Grossglockner Group. Its peaks are rocky and steep, but although many of them reach altitudes above 3000 meters, glaciers are rare.

Hochschober is a pleasant exception. Its 500 meters high north slope is covered by a glacier, up to 45 degrees steep. The most beautiful view on it is from the north, from Lesachtal. Today, probably the majority of mountaineers ascend Hochschober from the south, from Hochschober Huette (2322 m). The other possibility (with the previous one ideal for crossing) is by the southeastern slope and on the upper part SE ridge. Both these are in high summer covered by some snow only on the upper part, so the ascent is only a moderately difficult one. The third possibility for ascent is from Lesachtal, from where you reach Schobertoerl and then by a beautiful crossing of Kleinschober (3125 m) reach the main summit by its NE ridge. It is of course possible also to climb the summit directly over the north slope.

The difficulty of this tour depends on snow conditions. In good conditions this is also a tour for good mountain skiers. The mountain stands in the western part of mountain group, in a strong crest, running towards the north-east. Besides its 500 meters high northern slope nice is also the summit ridge, runnig on the neighbouring Kleinschober, 3125 m. The crossing of both summits some time runs on a quite high altitude.

The first ascent of Hochschober is attributed to Franz Keil (an artist, well-known in his time for constructing reliefs of mountans!) and his friends, who ascended the mountain on August 18th, 1855, directly from the SW. It is possible that the mountain had been climbed earlier by military mapmakers! First ascent by today normal route by the W-ridge was done by Ludwig Purtscheller on July 24th, 1890. First ascent of northern flank was done by L. Bergmann and friends on July 25th, 1928. 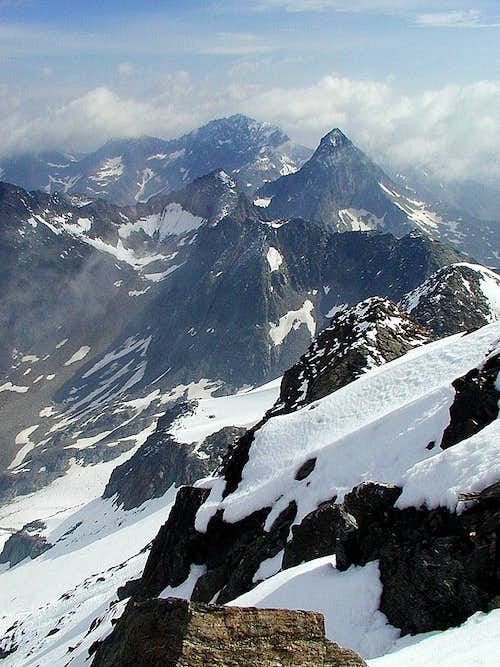 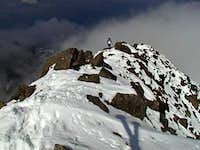 On the west ridge 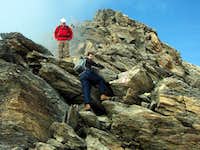 DomiterLori - On the SE ridge

1. West Ridge - Over Staniska Scharte. The marked route ascends from Hochschober Huette to Staniska-Scharte (2990 m) and then by the western ridge to the top. It avoids any glacier sections, but also in summer you need to have ice pick and crampons. This is the normal ascent, medium hard hike up.

2. From Staniskatal. Staniska-Scharte can also be reached from the west through Staniskatal - 1900 m of altitude difference!

3. Southeastern slope and on the upper part SE ridge. Either from Hochschober Huette or Lienzer Huette to Gartl and then over the SE slope to the top. Marked, difficulty equal to #1.

5. North face. Easy glacier tour, up to 45 degrees steep. The glacier is retreating in the last years, so come early in summer.

No limitations. The upper parts of mountain roads are closed for public traffic.

The best time for the southern and eastern ascents is summer and autumn, July - October. For the northern slope glacier ascent come early in summer, or even late in spring. For good skiers the northern slope can be also done with skis. It is steep, take also care of avalanche danger! PeterCorneliusSpaeth: Once the north face was a nice little ice climb. As of now (post 2003) it is no more worth visiting. Lots of stones melting through and the ice is rapidly retreating. 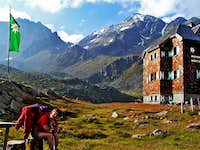 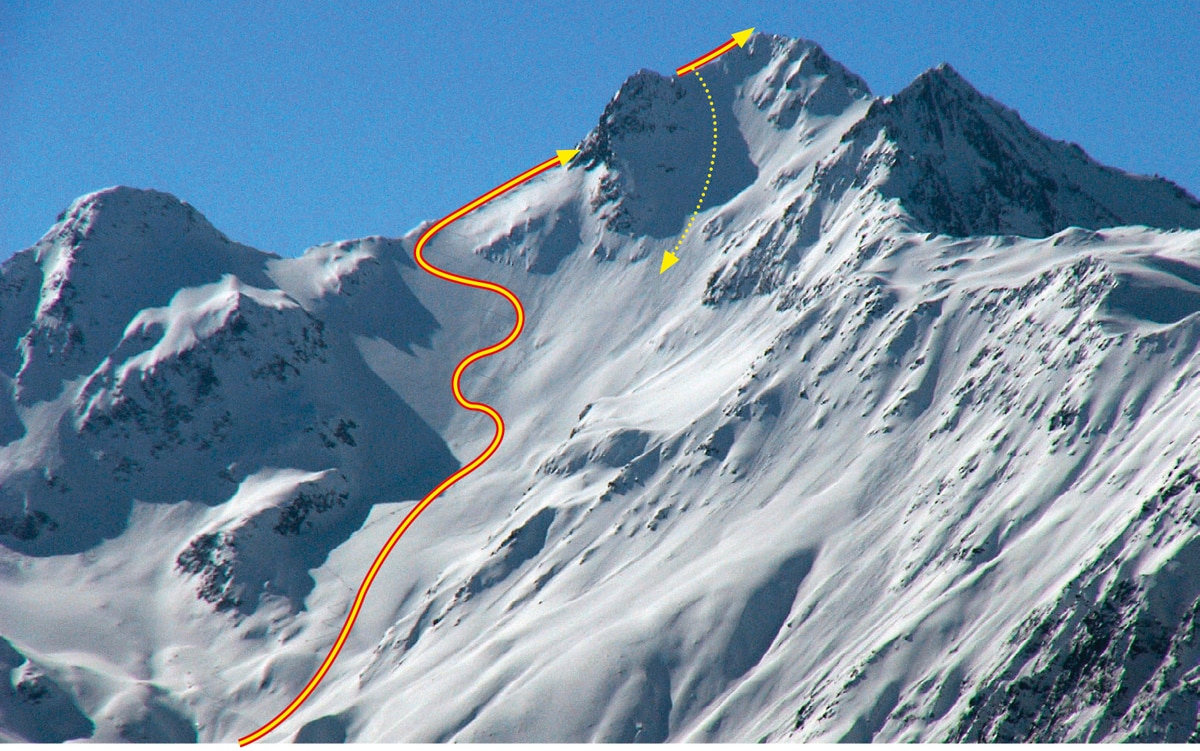 Once the north face was a nice little ice climb. As of now (post 2003) it is no more worth visiting. Lots of stones melting through and the ice is rapidly retreating.