MAN-MADE STONES IN THE SLEZA MASSIF

MAN-MADE STONES IN THE SLEZA MASSIF

A LONG TIME AGO WE, PEOPLE, USED STONES TO ADORE OUR GHOSTS, TO MAKE BUILDINGS AND TO PRESENT FRIENDS. 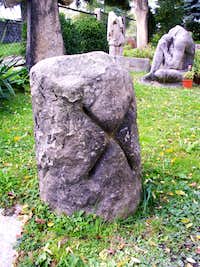 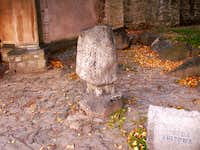 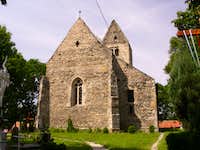 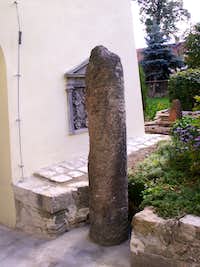 In the Ślęza Massif there are many stone evidences of man’s presence here. The first traces of man in the Lower Silesia province (SW Poland), where this massif is situated, are dated from Pleistocene. People were active at the time as hunters and gatherers. The oldest man’s skeletons dated to 7000-4000 BC were found in the Tyniec village over the Sleza river surrounding the massif from the east. During the Neolithic period, in this area an original culture called the Jordanów Culture was developed. Members of this culture used stone utensils made from serpentinite. Many ornamented axes made of this rock were discovered in the Sulistrowiczki village located on the Tapadla Pass, between two main mountains of this massif, Radunia and Ślęza. Serpentinite rocks were exploited in the Radunia Massif and nephrite in the Jordanów Slaski quarry. The last finding (2007) of such an axe is from an archaeological excavation near the Magnice village (NE of Sleza Mt.). Probably during the Bronze Age (1800-700 BC) a pagan cult centre was developed in the massif. Stone cult circles still visible at summits of Radunia, Sleza and Wiezyca origin from that time. Saint springs were also discovered in the close vicinity to these circles. The Sleza Massif cult centre was very active especially in the Hallstadt period (700-400 BC) and preserved here up to X-XI c. AD. A very strong influence on the development of this area was made by the Celtic tribes which inhabited the massif since 400 BC to the beginning AD. The production of querns made of the local granite started here during the VI-Vc. BC. These querns were exported very far, one specimen is found in the Viking settlement in Haithabu, Germany. Up to XIII c. AD ca 10,000 querns were made. Many workshops of querns were discovered on the NW slope of Sleza Mt. This part of the mountain is composed of granite rocks. Lately (2007) querns were also found in the Magnice locality. This site is a mosaic of culture, however, querns are dated to ca Hallstadt period. Under the Celtic activity the Silesian province increased culturally and economically very quickly. Well known stone sculptures from the massif origin probably from this period (III-II c. B.C.) but some others are dated to the Mediaeval centuries. These sculptures made from the local granite are the most interesting monuments of the massif and they are: the girl with fish (rather the man with fish), several ones in form of bear, the pilgrim, the monk (the lower part of the statue) and the boar. On these sculptures and in several places of the massif on granite or gabbro stones we can see a solar sign in the form of a letter “X”. The same sign was documented on one stone in the wall of church in the Stary Zamek village (north of Sleza Mt.). Old settlements dated from the VI-VIIc. AD were excavated by archaeologists in the Chwalków village, Janówek near Jordanów Slaski, on the summit of Sleza Mt., and in Sobótka. The most valuable archaeological discovery was made in the Bedkowice village on the eastern slope of Sleza. It contains a settlement and barrows. In Bedkowice an archaeological reserve is made to preserve these early mediaeval findings. A written document called “the Bavarian Geographer” mentioned “Sleenzane civitates XV” that means probably fifteen Silesian defense settlements noted from this period. Another monument, the XIVth c. castle on the summit of Sleza Mt. is preserved at present only in the form of remnants of walls made of the local granite. Tourists can also visit here the nearby St. Mary’s Church which was erected in XVIII c. We can see on southern wall of this church well preserved the foundation stone table.
This presentation will be continued..........