I have wanted to visit Lost Remuda Basin in the Maroon Bells-Snowmass Wilderness Area for some time now but different circumstances have kept me away from it. Finally, this last Labor Day Weekend, I was able to experience this rarely visited area.
The trip started at Maroon Lake, where I was the millionth person to take a picture of the most photographed mountain in North America. 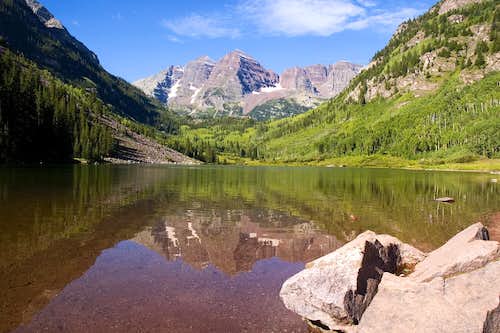 Then, we headed up Minehaha Gulch, which is part of the 4-pass loop. As expected, there was a lot of traffic here. We didn't stay on this trail for long before we branched off towards Willow Pass. The amount of people immediately dropped to close to 0 (we just saw one couple on their way down from the pass). 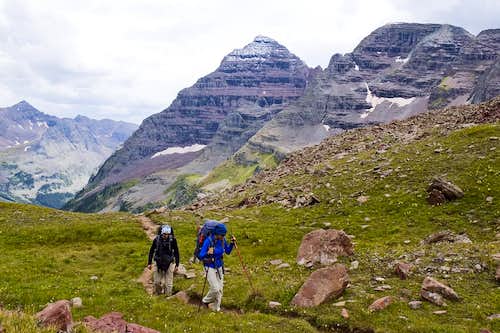 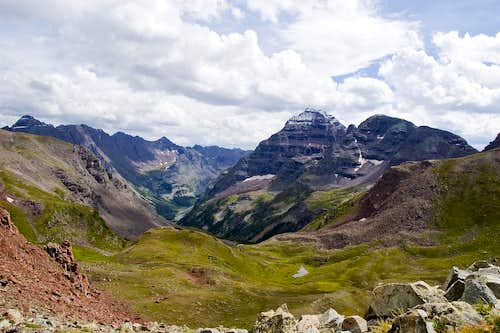 North Maroon Peak from Willow Pass
From Willow Pass it was less than a mile to Willow Lakes, where we spent the first night. It was almost September, but the flowers were still in their prime. Lingering winter pushed the summer back 2 weeks this year. 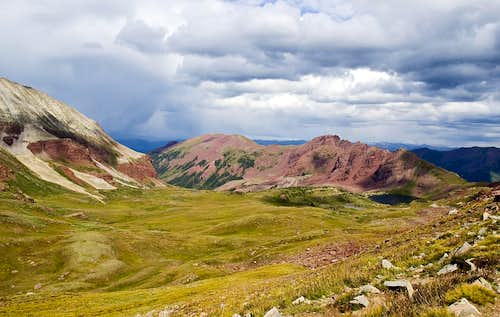 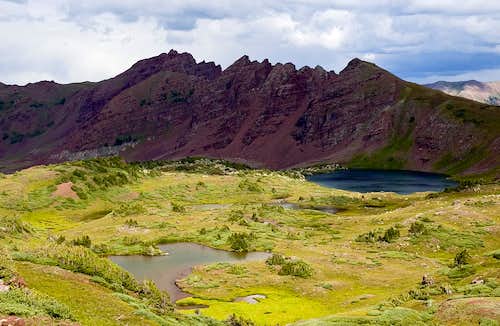 Willow Lakes are surrounded by some really red peaks 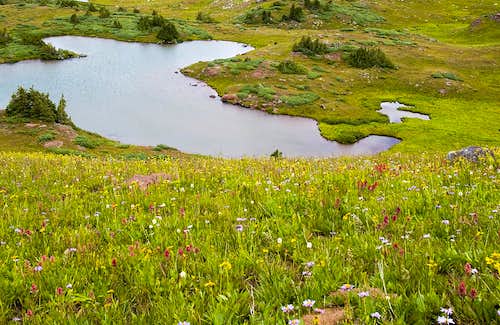 The flowers were just amazing.
The sunset didn't disappoint. The winds were really howling but I was able to steal a few good reflection pictures in between the gusts. 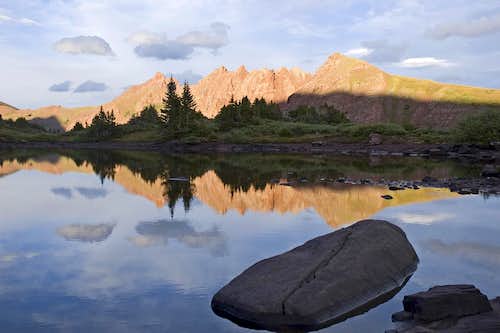 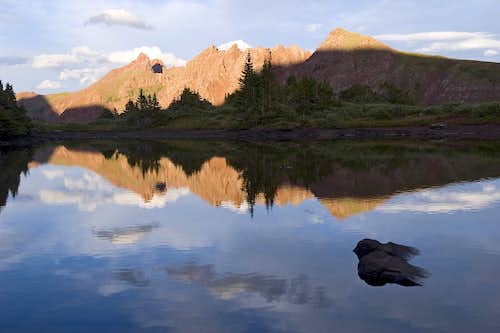 The 2nd day, we went back over Willow Pass, climbed over some unnamed mountain to avoid the longer hike over Buckskin Pass and connected with Maroon Snowmass trail. We stayed on the trail for about a mile. 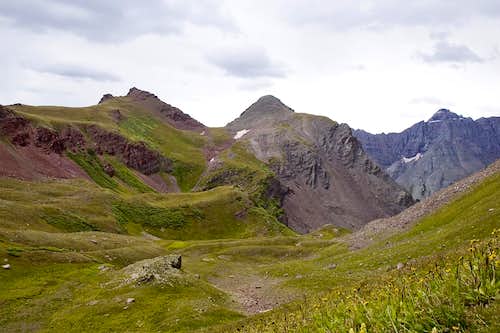 The basin South of Willow Lake 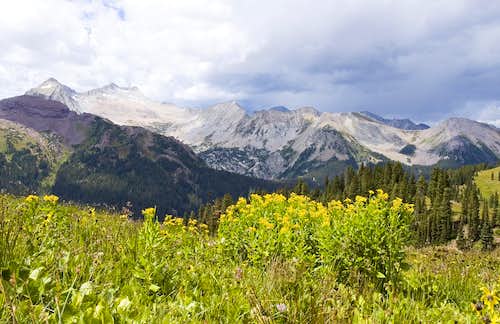 Snowmass Mountain from where we left the main trail.
There isn't an official trail going to Lost Remuda Basin, but I had seen on Google Earth a nice game trail that seemed ok to follow. We found it pretty easily and followed it all the way to the creek. The trail kept disappearing but every time we managed to find its continuation. 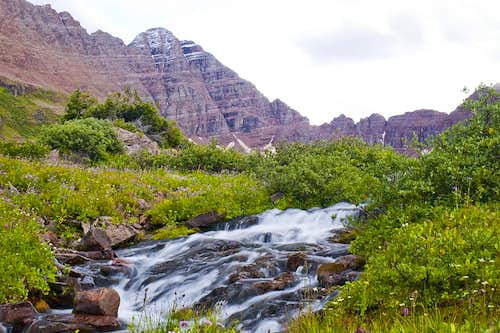 Maroon Bells from Lost Remuda Basin
Finally, about 2 miles later, we were at the unnamed lake right at the base of the Maroon Bells. 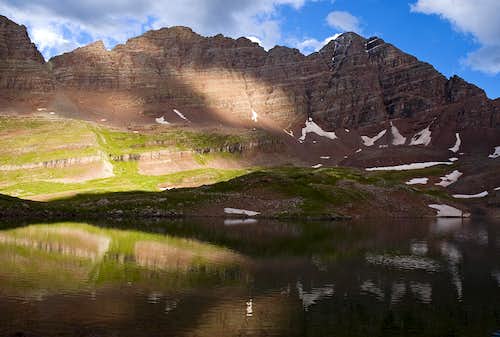 Maroon Bells - Lost Remuda Basin
This was where we would spend the 2nd night. It was hard to find a nice flat spot for the tents, so we had to compromise. I was a little disappointed with this lake. It didn't have much of a character. It was nice, but not quite as I expected it to be. The Maroon Bells look completely different from the West - they are not as well defined as from the East, more like a continuous ridge rather than peaks.

We were rewarded with another beautiful sunset. The Bells were glowing with an intense orange color. 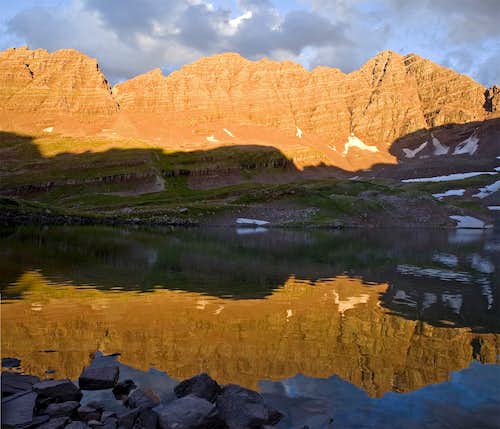 Sunset on The Maroon Bells 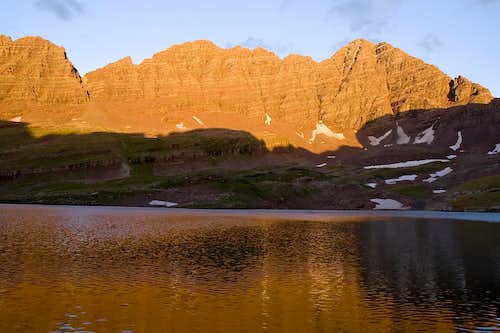 Sunset on the Maroon Bells
After a very windy night (I thought my tent was going to be blown away), we headed up to Buckskin Pass and down to Maroon Lake. 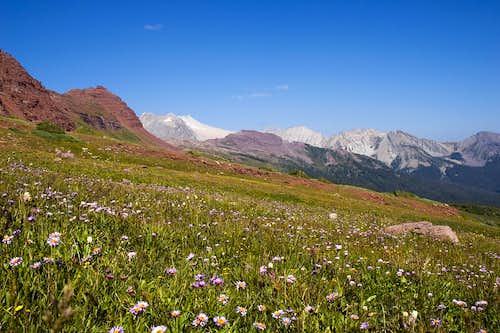 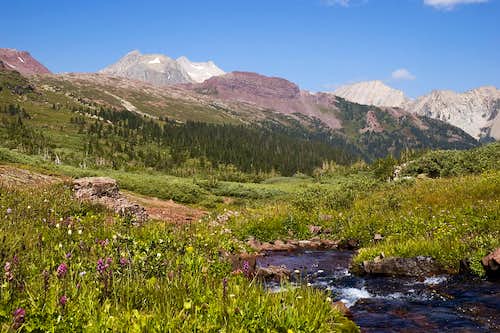 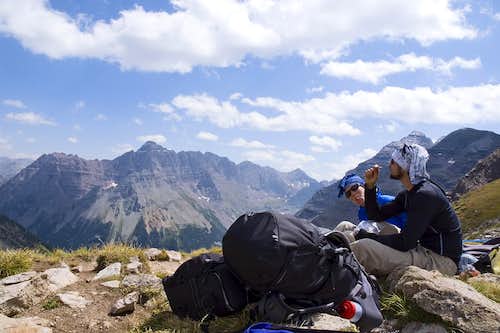 Julie & Alan on Buckskin Pass. Pyramid Peak in the background. 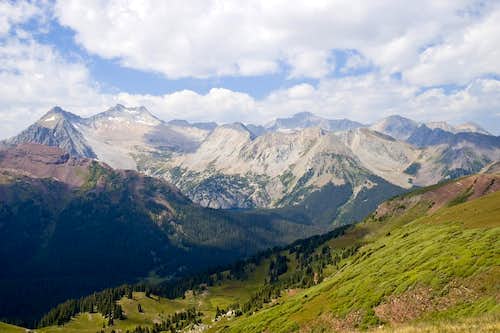 Great pics of one of the most beautiful places in the world....And I am so glad you had a grand adventure along the way.