Mount Langley:
I hiked up Cottonwood Lakes trail to Cottonwood Lakes, navigated myself to the base of Old Army Pass, climbed the couloir just north of Old Army Pass (Winter Route) and dropped my skis, boots, crampons, ice axe and poles because I thought there wouldn't be much snow on the way to the summit of Mount Langley. As soon as I gained the first hill en route to the summit, I realized that there was over 1000 vertical feet of skiable terrain. I was not about to fetch my snow gear, so I continued on to the summit through snow, sand and class three rock cursing about how any of the aforementioned items I abandoned at the top of the couloir would have been helpful. Eventually I summited and descended back to the top of the couloir. This couloir is interesting in that it begins at a slope angle of about 45 degrees and quickly rolls over to about 50 degrees about 100 vertical feet below, then slowly mellows out.

Old Army Pass is the lowest point on the ridge. Winter Route is the couloir to the right (north) of Old Army Pass. 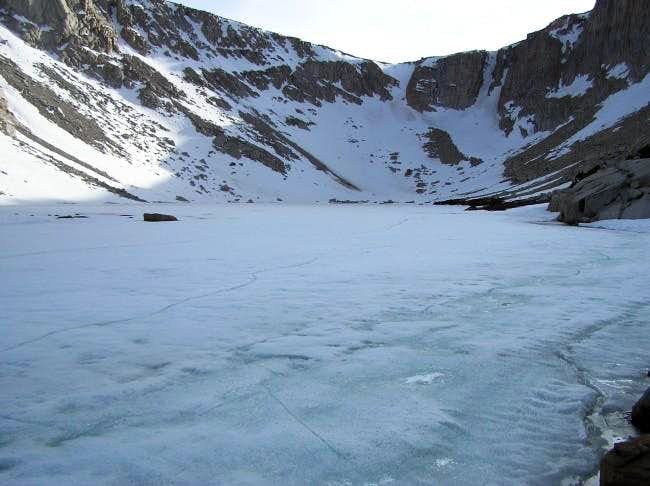 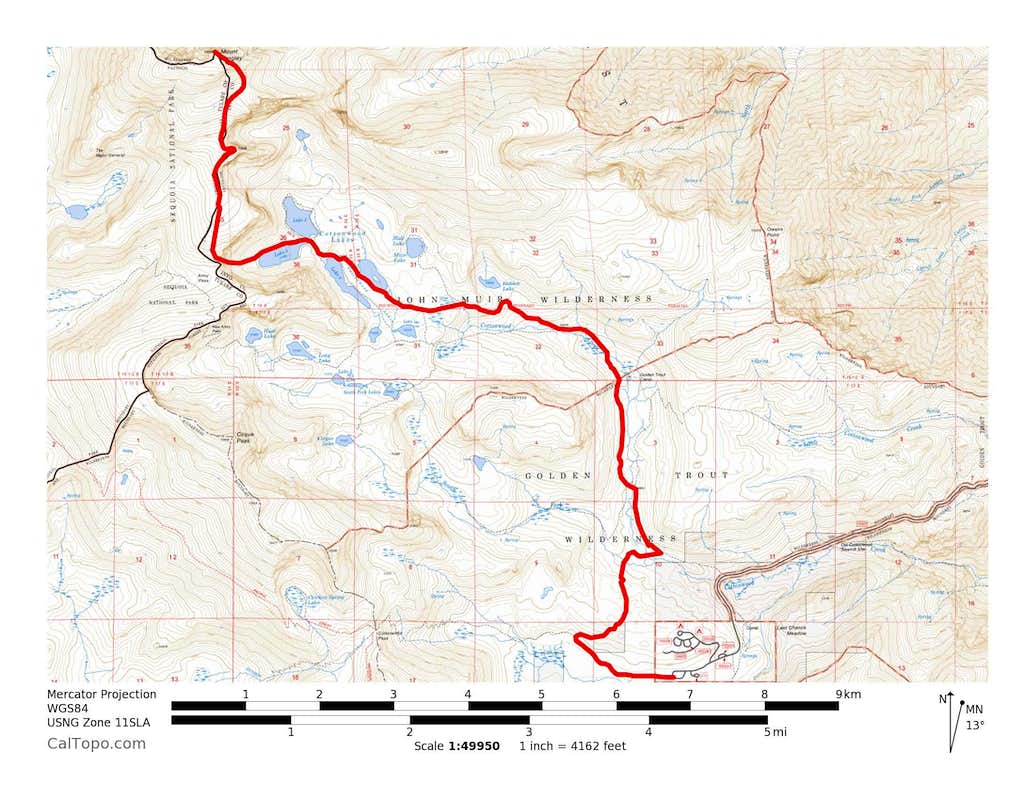