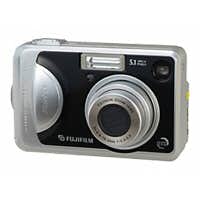 Digital cameras capture and store photographs electronically instead of with film like traditional cameras. They now greatly outsell traditional cameras. I was hesitant to convert myself, because I grew up taking photos with a film camera and I took a photography class in high school where I learned to develop my own film and prints. But I bit the bullet and converted to a digital camera 8 years ago and have never looked back. And since then digital cameras have even gotten better and less expensive! And if the expense still scares you a little, just think, you'll never have to buy film or pay to develop your photos ever again!

I would recommend that you get a camera with at least a 3x optical zoom. I've found the digital zoom to be pretty worthless, so I wouldn't even factor that feature in. Some cameras have up to a 30x optical zoom now and if you go this high make sure the camera has an image stabilization feature.

I would recommend that you get a camera with at least 5 mp. The more mp, the bigger you can enlarge your photographs without seeing the "dots" (pixelation). A 5 mp will give you decent 11x17 photographs. But, remember, the higher the mp, the more room these electronic photos take up on your storage card or computer hard drive!

As far as storage cards go (compact flash, SD, and XD are the three kinds), I recommend getting at least a 2 GB one. Some cameras come with one already, mine came with a 16 MB card which only held about 20 photographs. The higher GB cards store more photos, but I've found often the larger cards cause the camera to lag some once it takes a photo.

I like digital cameras that have the ability to manually control apeture and shutter speed. This doesn't mean you need an expensive, fancy digital SLR. Many small digital cameras still offer these more advanced features while still offering a way to just set the camera on auto and allow it to do the thinking for you (good for those quick point-n-shoot moments).

For upclose photos, say of wildflowers or insects, I would recommend getting a digital camera with a macro focus mode. Even better is a super macro mode, a feature I've found with many Olympus cameras.

Places to upload and store and share your photographs

I use Snapfish. It's free, has unlimited photo storage, and has no annoying ads to deal with. You can store, organize, share your photographs, and order prints and photo gifts (for very reasonable prices). They also can develop film and they automatically upload your film pics to their site. I've been using it for 7 years now with no complaints!

There are others including: Shutterfly, Flickr, Imagestation, Webshots (I tried this one and wasn't particularly impressed), Fotki, Zoto, etc.