Peak S, also known as "Consolation Peak" is in the Gore Range but can not be easily distinguished from the Slate Creek Valley.  Its appearance is a rounded bump on the ridge that parallels the south side of Slate Creek.  The gully used to ascend this mountain can be filled with snow well into the summer.  If it is, ascending and descending on the snow is easier than braving the loose scree.  A descent of the gully on the scree is especially tedious. 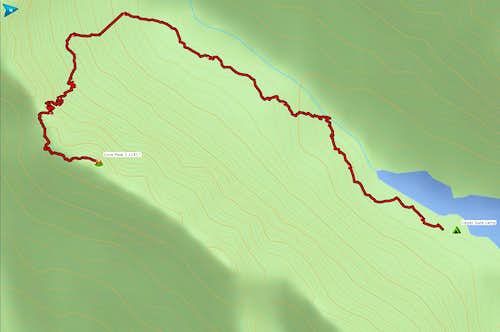 The Slate Creek Trail and Upper Slate Lake can be reached from the Rock Creek, Boulder, or Brush Creek trailheads.  See Getting There for Peak Q, or for the mountain "Peak T" when it is published (I will update this at that time).  Look for good camping directly opposite a narrowing of the lake (N39 44.385 W106 15.876.) This is one of the few camps in the area that is legally far enough from the water.

The rocky point just down from camp has a nice breeze and rock slabs for contemplating or cleaning up.

From the upper Slate Creek Camp, follow faint trails west along the Slate Creek valley.  In some places the creek is directly below a cliff so you will need to ascend and descend as you work your way up the valley.  There is some outstanding scenery along the way. 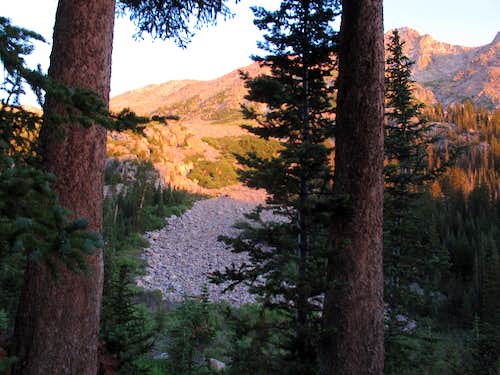 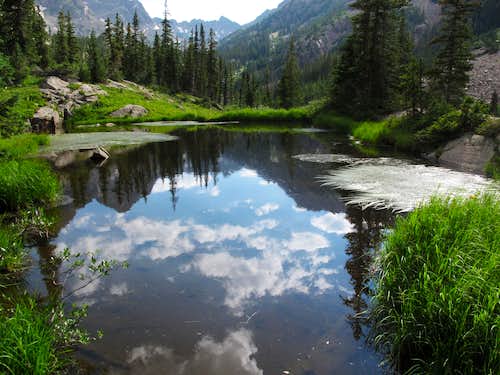 After 1.2 miles you will see the gully to the south between peaks R on the right and S on the left.  This gully can hold snow well into the summer.  Turn left (south) and ascend to the saddle.  If you do not like the scree or snow, you can exit the gully to the left after about 12,100' and walk up the grassy slopes adjacent to the gully.  This option is a safer way to descend if there is no snow in the gully. 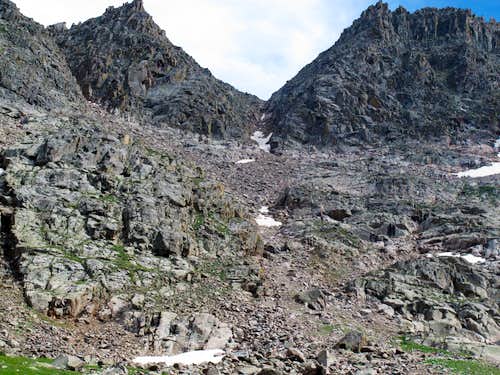 Looking up the R - S gully 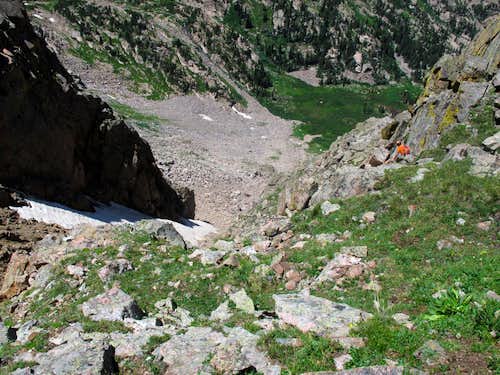 Grassy slopes of the gully 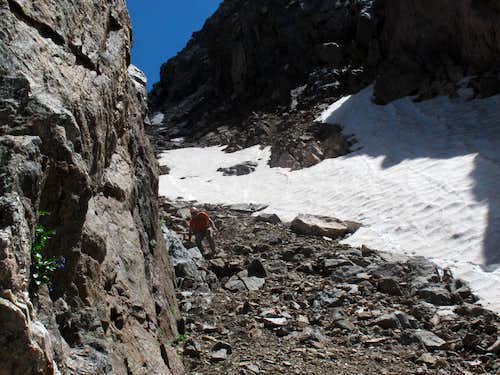 Snow in the gully

When you reach the saddle, head east along the south side of the ridge.  After about .1 mile the ridge curves to the north.  At this point make sure you are near the top of the ridge as you may need to cross to the north side to avoid obstacles.  Continue climbing along the ridge-top to the summit.  As of July 2013 there was a register on Peak S.

You can descend the same way you came, or go on to Peak T by reversing the T - S Traverse Route.

The flags on the map show the locations of the photos used above. 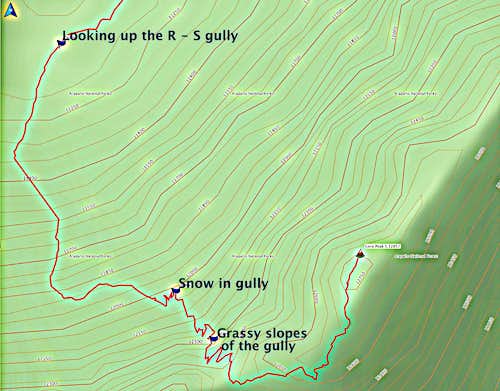 Map showing location of photos above