With panoramic views of meadows, pinnacles, alpine lakes and waterfalls, and class 3 and 4 scrambling on mostly solid rock, the traverse between the Gore Range's Peak T and Peak S is a fun route for those willing to put the effort into getting there.

This traverse can be done in either direction.  Although the author did the traverse from Peak T to Peak S, it is recommended to do it in the opposite direction for 2 reasons:

The gully between Peaks R and S can hold snow well into the summer.
Elevation gain from Peak T to Peak S: 400' - 500'
Distance between Peaks T and S: .6 mile
Time required for actual traverse: 1 - 2.5 hours 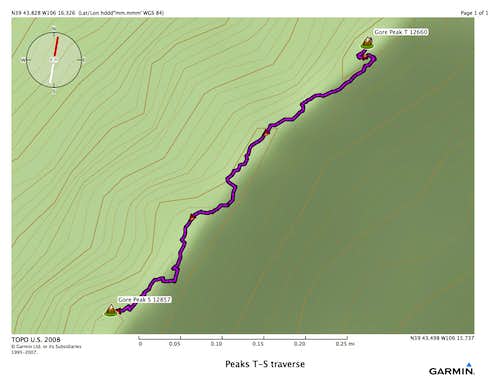 The Slate Creek Trail and Upper Slate Lake can be reached from the Rock Creek, Boulder, or Brush Creek trailheads.  See Getting There for Peak Q (this will be updated when the page for Peak T is added).  Look for good camping directly opposite a narrowing of the lake (N39 44.385 W106 15.876.) This site is one of the few at the lake that is legally far enough from the water for camping.

To start the traverse you will need to ascend either via the Peak T route or the Peak S route.

Looking downhill to the southeast from Peak T.  Along the left side there is a series of exposed ledges.  Descend these until you reach terrain with grass.  A rope was used in the photo below but this route is no more than class 4.  The photo was taken from below the summit of Peak T, which is the rectangular block of rock in the upper left quadrant of the photo. 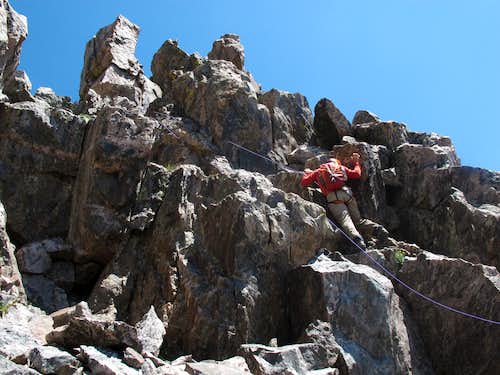 Once on the grass, turn right and traverse west until you are able to work your way down through the grassy area below the summit.  When you are below the rock outcrops that comprise the summit of Peak T, begin your traverse to the WSW towards Peak S.  Continue to follow along or below the ridge, crossing over as necessary. 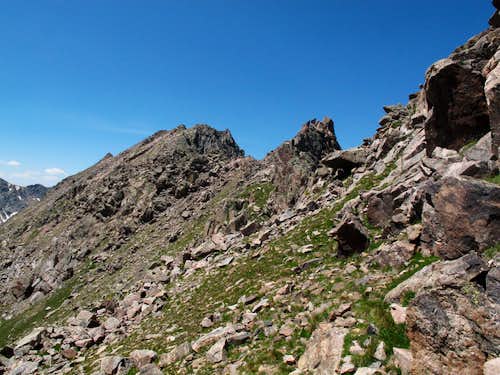 The traverse to Peak S 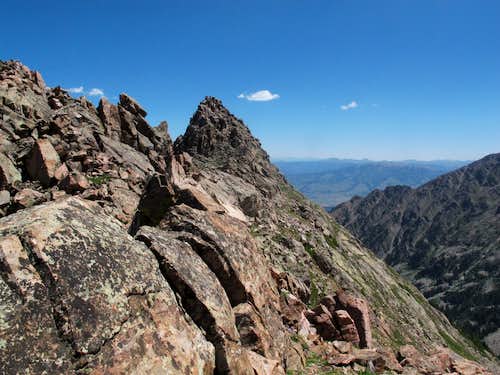 A view toward Peak S

After about .5 mile, gain the ridge that ascends to Peak S.   Continue climbing, passing over a fun little knife-edge, and soon you will be on top of Peak S.  As of July 2013 there was a register on Peak S. 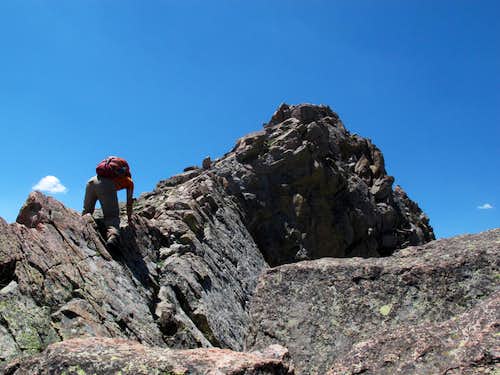 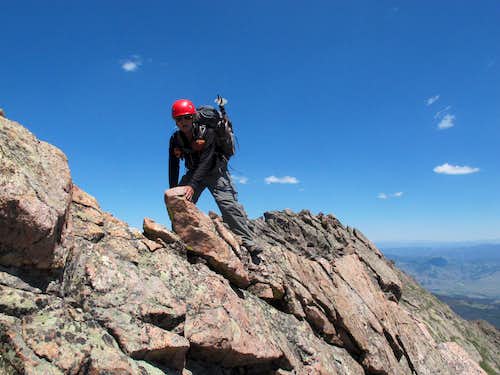 The knife edge on Peak S 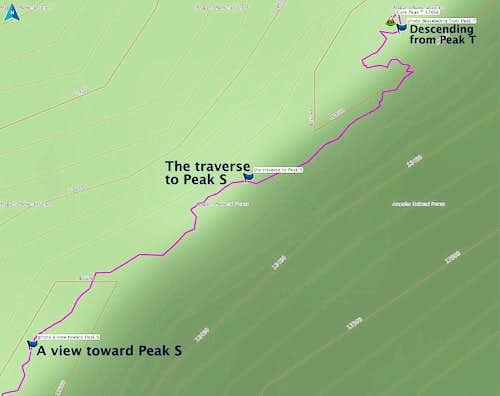 Location of photos for Peak T to S traverse (part 1) 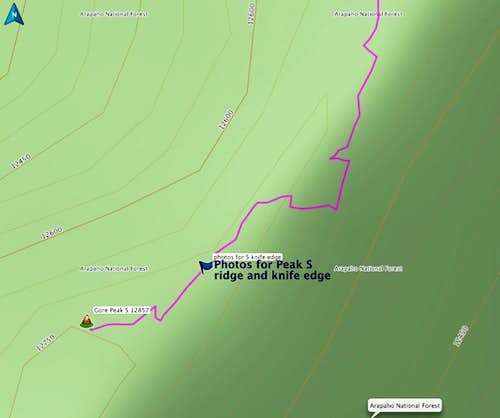 Location of photos for Peak T to S traverse (part 2)
.