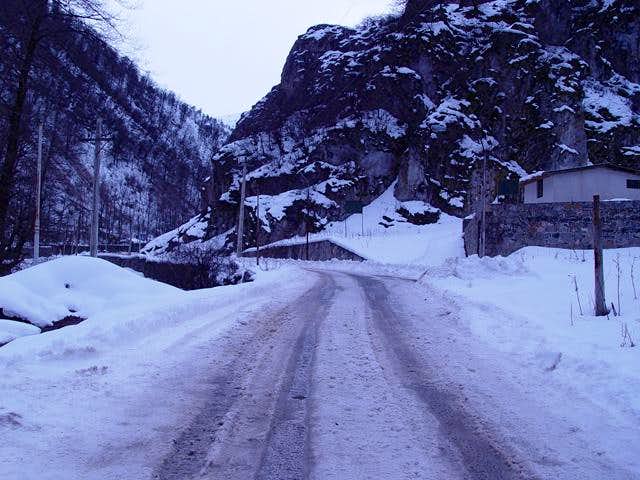 Leaving Roudbarak to the mountains...

Acording to the desired climbing region/peak these are the starting points:(see maps included on this page, it's recommended to supply a big map from Tehran with this title "Middle Alborz, by Gita shenasy", price less than 1$)

No fees, no permition, but be ware of the avalenches and rock falls before camping. 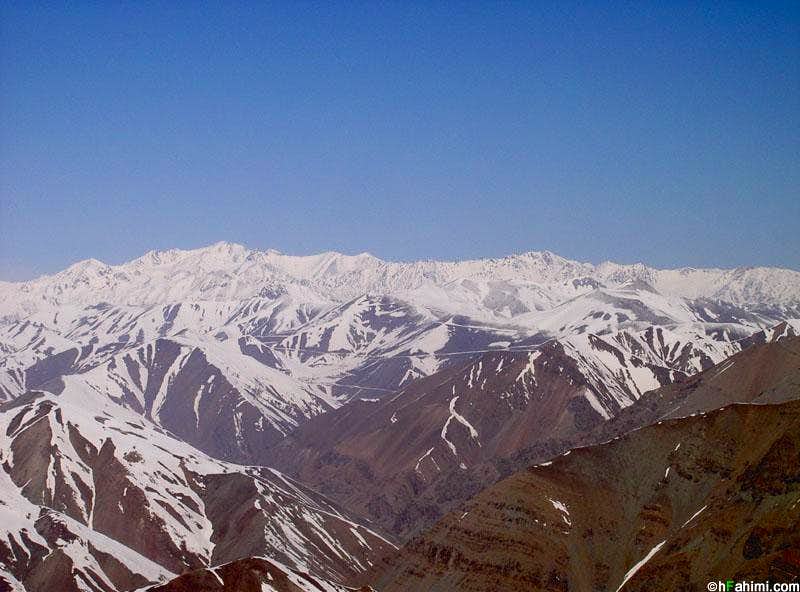 Two pictures taken from Alamoot covering the west face of the massif, click to see the details and the original sized picture to be able to find Alamkooh horn, Takht-e-Soleiman peak, the Haftkhan peaks, Khersans, Menare, Gardoon kooh... 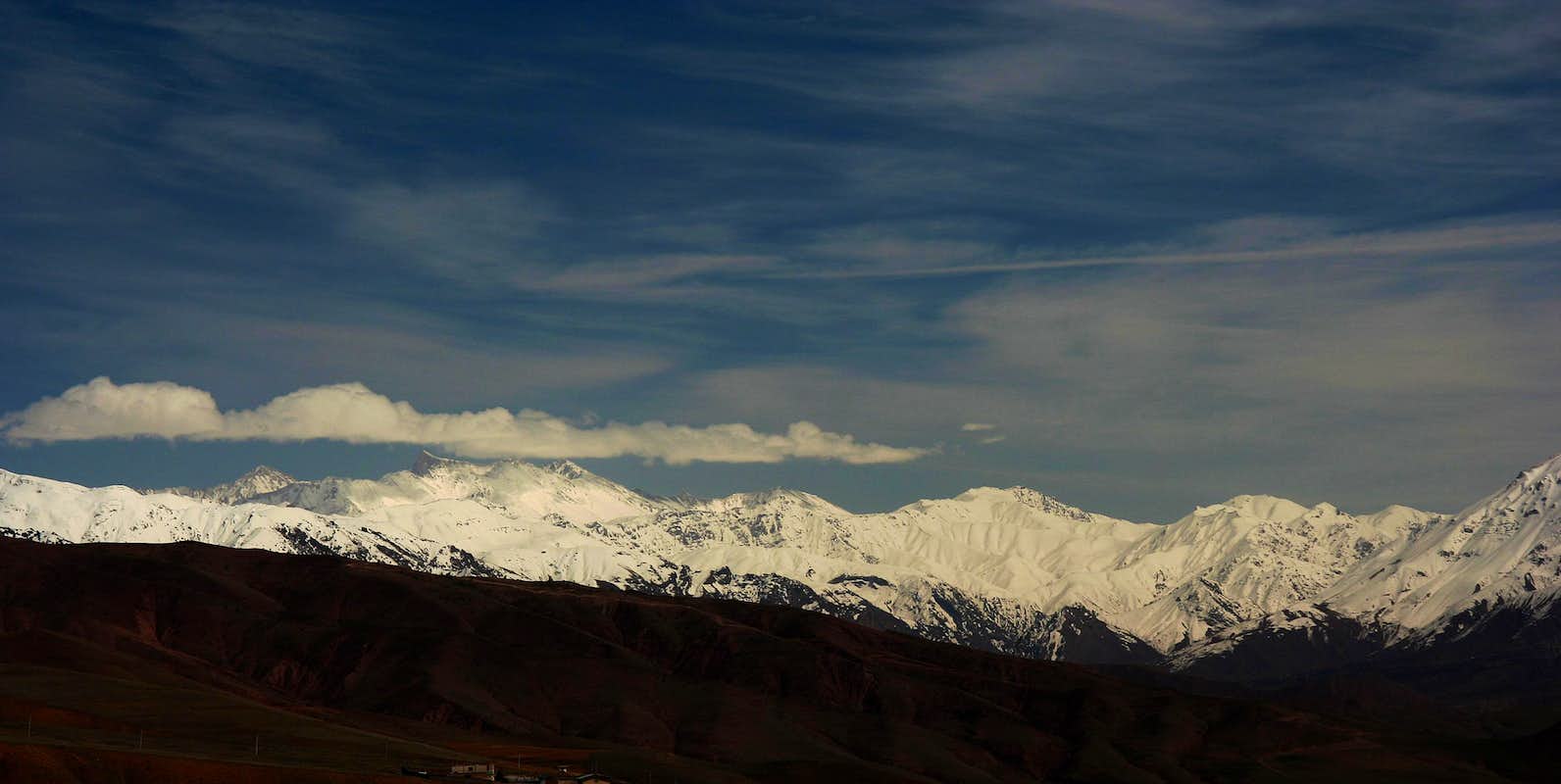 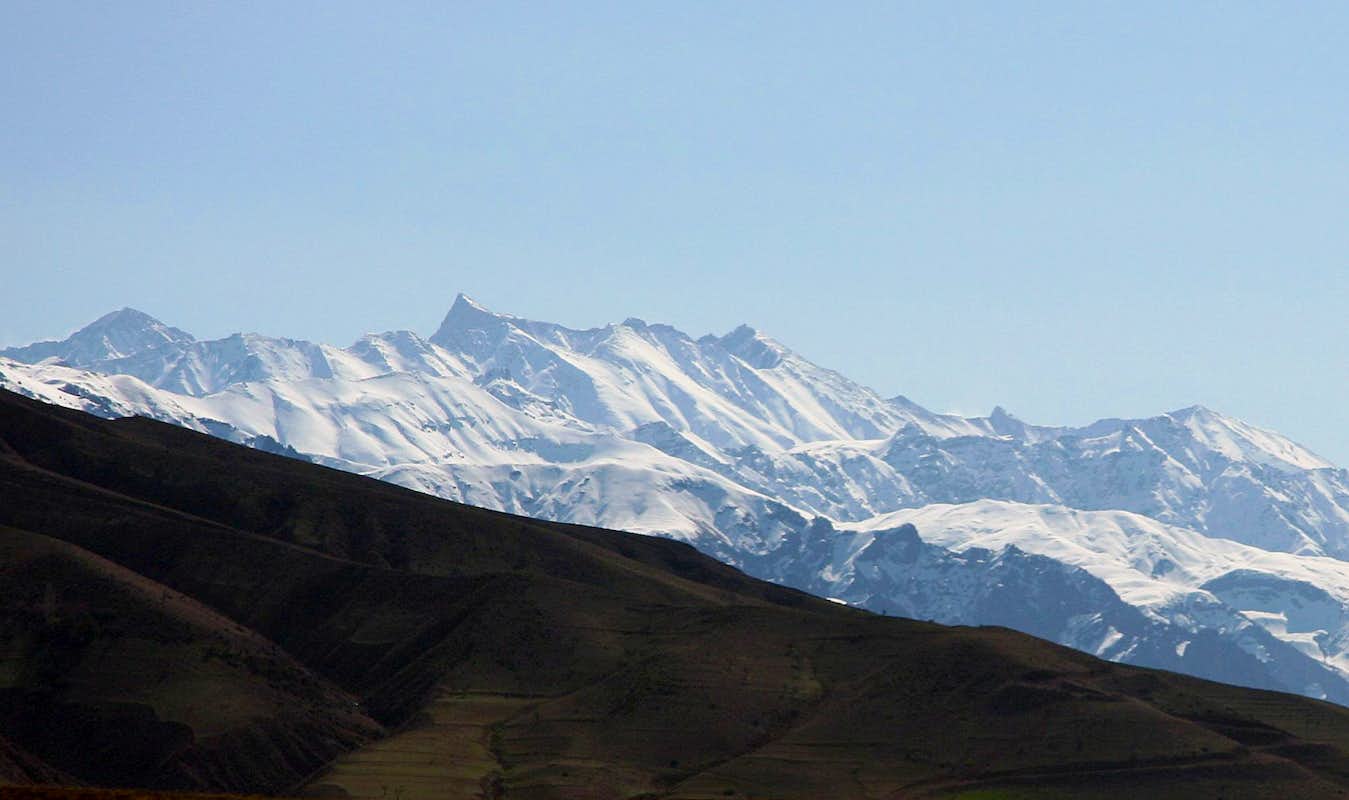 Dizin and other Irainian ski resorts become unusable at may.
While some areas like Takht-e-Soleiman massif and Damavand still contain skiable snow on the higher glaciers and parts of the mountains even till mid summer, fortunately there is no ski lines and elevators installed in these places so this places are still not crowded and ... but I have heard that some Dizin locals carry their ski equipments up the massif and ski at summer.