In a mountainous and hilly state such as Washington, it might be difficult to imagine peaks being in "isolation" of each other. However, out of the thousands of different peaks and named highpoints in Washington, only 18 peaks each have true "isolation" of at least a 25-mile radius from a nearest higher point. Most of those nearest higher points are actual mountain summits, although some are named highpoints on volcanoes. The purpose of including this list on SummitPost is to introduce an obscure peakbagging list to those unaware of its existence, as well as address discrepancies and differences within the list when compared with other resources. 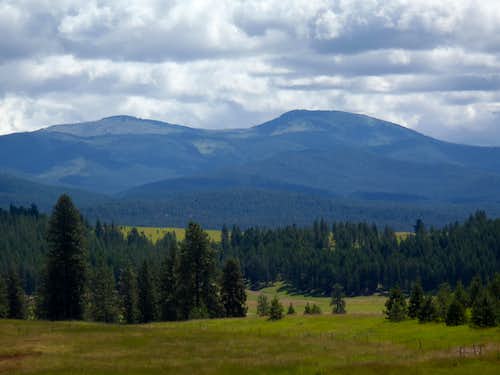 Calispell Peak
Some of the peaks on the 25-Mile Isolation List might be obvious, while other peaks are less obvious. Exactly half of the peaks listed are county highpoints. Perhaps not surprisingly, each of Washington's five active stratovolcanoes are on the list. In addition, 16 of the 18 peaks have over 2000' of prominence, and 17 of the 18 peaks are in the Top 200 for prominence within Washington. However, despite many high elevation peaks located within Washington, which is also bordered by other mountainous areas (Oregon, Idaho, British Columbia), several low-elevation peaks are found on the 25-Mile Isolation List. 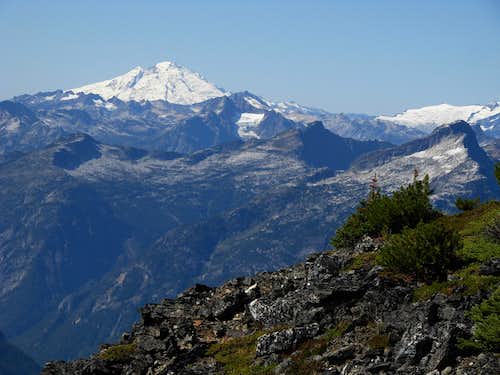 Mount Baker
The prominence or elevation of a peak does not necessarily affect that mountain's rank on the Isolation List. The area a particular mountain is located in greatly affects its ranking. In example, Jump Off Joe easily has the lowest elevation and least prominence on the list, yet it is more isolated from a higher peak than much-higher and more-prominent Mount Bonaparte. This is because Jump Off Joe is located in a fairly flat area of Washington but Mount Bonaparte is located in a mountainous area of Washington. 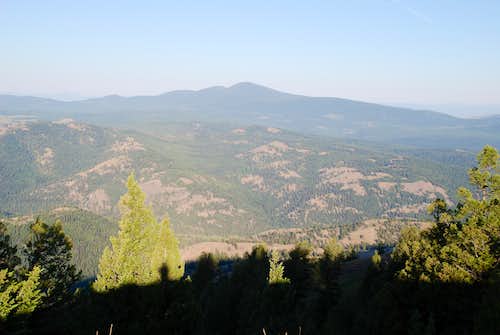 Mount Bonaparte
Most of the photos attached to this page are from long distances and/or wide angles. This is to help show the isolation of each peak on the list.

There are several discrepancies on the general 25-Mile Isolation List, depending on the resource being used, although no peaks are added or removed from the list from any of the discrepancies. The first discrepancy is that some people consider the nearest higher point to Mount Saint Helens as being the Skamania County Highpoint located on the west slope of Mount Adams. Although that is an important landmark by virtue of it being a county highpoint, it is actually a point on a slope rather than the next-highest summit to Mount Saint Helens. That honor belongs to The Pinnacle, which is a named highpoint/sub-summit on the western side of Mount Adams. 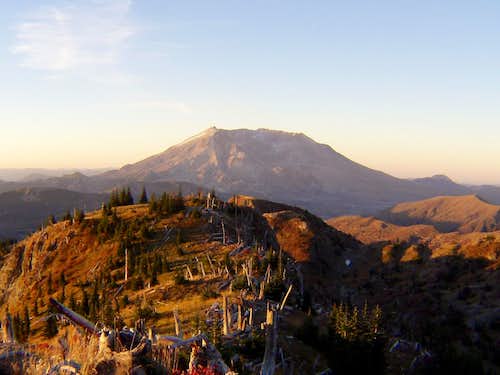 Mount Saint Helens
The second discrepancy is that multiple nearest higher points on the list are sub-peaks of volcanoes (as shown in the example above). Although these points are named highpoints, they are not considered stand-alone "mountains". As a result, some people might prefer the use of nearest higher mountain to be used rather than nearest higher point (also referred to as nearest higher neighbor, or NHN). Regardless, it would only change the isolation mileage slightly and not affect the placement of any peaks on the 25-Mile Isolation List.

Moses Mountain
Greg Slayden was the first peakbagger to create the Washington 25-Mile Isolation List, and an expanded list was later adopted by John Kirk. There are several differences between the lists, leading to the discrepancies mentioned earlier. Both lists provide good resources. Kirk's list shows two additional peaks with at least 25-Mile radiuses of isolation, Larch Mountain and Wahatis Peak. This is because each of those two peaks would meet the 25-Mile criteria if the nearest higher ground is an actual summit rather than a slope on a peak.

For people referencing this SummitPost page, the following 25-Mile Isolation List is compiled in a manner that tries to remain consistent throughout the list but also is simple for the general reader to understand. Although the true isolation distance for each peak is listed, each nearest higher point listed for each isolation peak is the actual named summit/point containing the true ILP. The purpose of this name identification is to ease topographical familiarity for each location being recognized as a nearest higher point. As a result, sub-peaks of volcanoes are included as nearest higher points where applicable. Also included are John Kirk's additional two peaks which would be candidates for this 25-Mile Isolation List if using summits rather than slopes as nearest higher ground.

-> For any volcanic sub-peak listed as a nearest higher point, I listed the volcano parent name in parentheses.

-> There are two nearest higher points on the list named "Bald Mountain". However, these are two different peaks that happen to have the same peak name. I have indicated their respective county locations in parentheses.

-> No SummitPost pages currently exist for Indian Rock and Hog Ranch Buttes. It might be best to have it stay that way, so as not to complicate future potential summiters of those peaks. Indian Rock is most commonly accessed via a boundary road along a reservation that is typically closed to non-tribal members, and Hog Ranch Buttes is located within a military facility. If wanting to summit either of these peaks but seeking more information about the access issues, please feel free to contact me for specific details. We ask that SummitPost pages are not created for these two peaks, so as not to potentially trigger future access restrictions by the respective landowners. 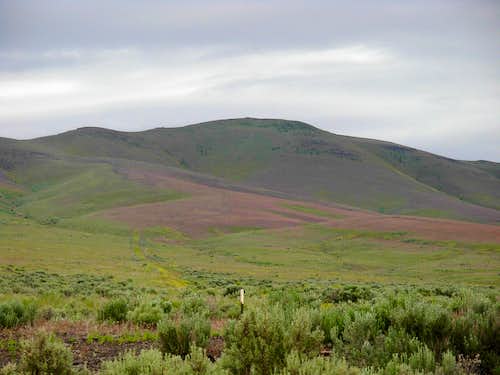 Why Stop At 25-Mile Radius For Isolation?

Two common questions are asked about this peakbagging category:
-> Why not expand the Washington Isolation List by lowering the isolation radius criteria?

-> Why not have a "Top 100" list for most isolated peaks in Washington?

Quite simply, the lower an isolation radius distance the more difficult it becomes to compile the list. John Kirk actually compiled a "Top 100" list for isolated peaks in Washington. However, his list is filled with many inaccuracies and inconsistencies, and is not recommended as a resource of a "true" Top 100 list. Once beyond the 25-mile isolation radius, his list becomes much more ambiguous and unreliable. Some nearest higher points listed are defined as actual summits while others are actual ILPs, and in many cases (unlike those in the 25-mile radius criteria) those tend to be in completely different areas and directions. There are also multiple peaks, especially in eastern Washington where a lot of broad terrain exists, where determining the nearest higher ground for certain peaks can become easily questioned and disputed. Also, at least one of the true "Top 100" isolation peaks is completely inaccessible to the public due to a patrolled military zone.

A 25-mile isolation radius tends to be a good checkpoint for many people due to the overall high number of peaks in the state, the long distance (25 miles or more) being considered, and the limited number of completers and near-completers of just that short list.

On March 2, 2011, local peakbagger Martin Shetter created a sample list of the 75 most isolated peaks/points in Washington using the "nearest higher ground" (NHG) criteria to help ensure true isolation accuracy. All of the peaks/points shown on the Shetter List have more than 10 miles of isolation. There are a few discrepancies on the list to resolve, but this is perhaps the least ambiguous or contentious isolation list to date. Several people are reviewing the list, double-checking for inaccuracies. Once that list has been cleaned-up, it will likely be included on this page. 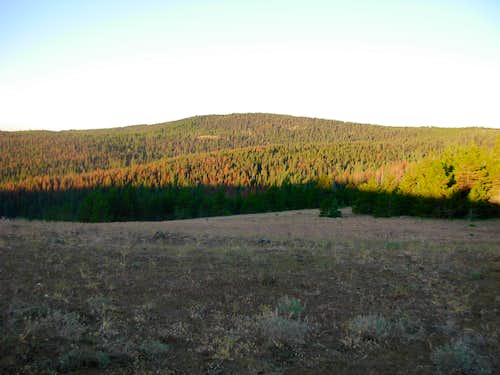 The following people have reached the following achievements beyond the 25-mile isolation criteria, using the Shetter list as a reference:

-> Using the "Nearest Higher Neighbor" (NHN) criteria, as of early 2014 Paul Klenke has completed all but two of the 100 most isolated points in Washington. He only needs to summit Saddle Mountains HP and Gable Mountain to complete the list. However, Gable Mountain is widely considered the most inaccessible peak in Washington due to its location on a militarized nuclear facility as well as being a sacred mountain to local Native Americans.
------------


The following people have completed the Washington 25-Mile Isolation List: 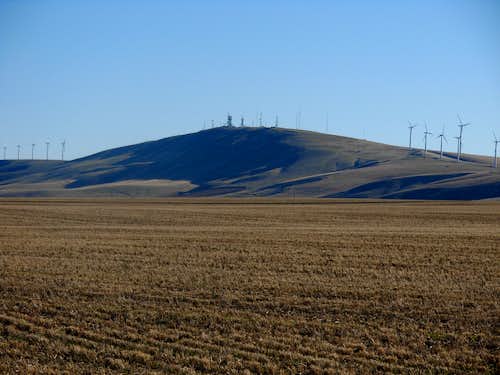 Martin Shetter has a website containing a sample list of the 75 most isolated peaks in Washington. Some of the peaks are disputed, but most of the peaks listed are correct. The website also contains a Washington map showing each peak location for reference purposes.

Peakbagger.com has the 25-Mile Isolation Peak List on its website, although it uses summit-to-summit criteria rather than NHG. 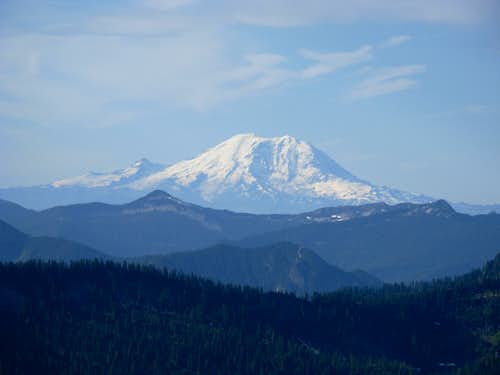