A Fine Finish to 2006 - Winter Ascent of North Thunder Mountain 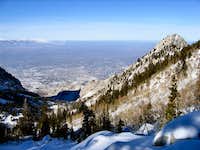 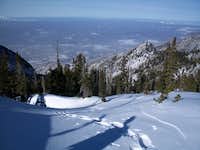 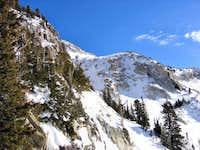 A Glimpse from our Lunch Break 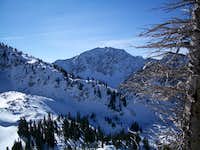 Lone Peak from our Lunch Break 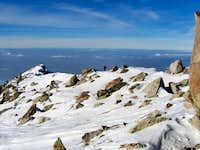 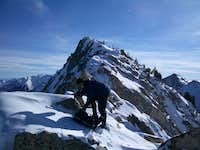 Off with the Snowshoes 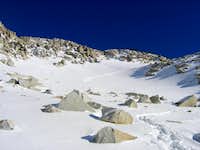 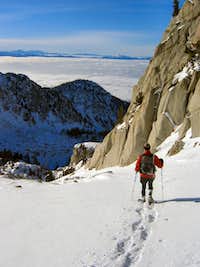 Congrats on the summit!

I wish I could have been there with you--I'll need to get in shape for next year and would certainly like to try for N Thunder in winter. Congratulations and good work!

That looks like a great trip! The write up was well done as well. I especially liked the part about keeping your hydration tubes from freezing. That same morning we were snowshoeing up to Red Pine lake, and my tube was frozen solid before I could blink.

If you ever need an extra set of legs to break trail, let me know.

An easy mistake to make

Today (3-6-08) Lana, Brent and I took off at 6:30 for North Thunder peak. We wound up coming to the meadow from the northwest! So much snow and so little summer trail to follow. From there we tried your approach and wound up doing the very same thing you did. We ended up taking off snowshoes about where you did as per the picture, but we got hung up 70 vertical feet short of the summit and about 200 yards north. There was a very scary drop along the summit ridge, and we didn't feel we had enough time to drop down through the snow-capped boulders to circumnavigate the chasm and re-ascend. But it was a beautiful trip. Next time we'll know about the ridge and plan better.