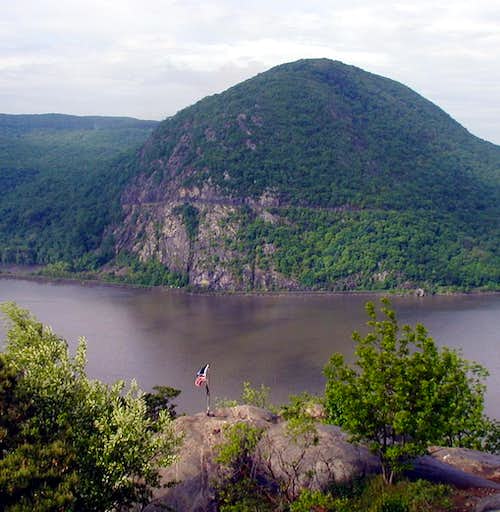 Hudson Highlands States Park and the hills immediately to the northeast present a far more rugged feel than anywhere else in the Hudson Higlands area. Along the Hudson Rivers eastern bank lies Mt. Taurus, Breakneck Ridge, South Beacon Mountain (the tallest of the Highlands), and North Beacon Mountain, These are the rough, weather-beaten remains of once-massive mountains. Today their sparse, wind-bent vegetation, rocky screes, and relative isolation make them home to hawks, turkeys, deer, coyotes, red fox, and at least one species on the state's endangered list: the EASTERN TIMBER RATTLESNAKE. See my trip report about a snake we saw the ridge. 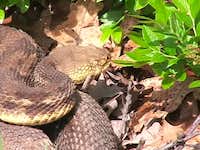 They also present the most difficult hiking -- and rewarding views -- in the Highland chain.

The lower reaches of Breakneck Ridge attract a multitude of hikers in all seasons except winter. If you choose to make the climb, however, you'll find the crowds get smaller with every step up the ridge. Locating the trailhead is simple. From both the train station and the parking area you need to walk south along Route 9D almost to the tunnel. There a stone building along the river marks the eastern side of the New York City Aqueduct's crossing of the Hudson. You'll see the trailhead at the west side of the road along the side of the tunnel. 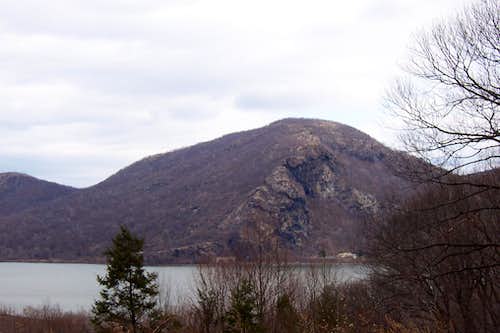 The route once you locate the trailhead is equally simple, since if you stray much from the rock ledges that comprise most of the trail, you'll fall hundreds of feet down the mountain's south face. Great care is needed on Breakneck, and deaths have occasionally been the cost of carelessness. When you reach the summit the surrounding landscape flattens out considerably. Storm King, directly across the water. Taurus is to your southeast, and the views of West Point are unsurpassed. While the climbing can be rough, Breakneck is not a long-distance hike.

Note on your trail map that you can make the hardest part of Breakneck a one-way trip by following the white blazes of the Breakneck Ridge Trail one way, and then turning onto the Breakneck Bypass (red blazes) for an easier descent. The Bypass strikes the Wilkinson Memorial Trail (yellow blazes) after roughly 0.4 miles. A left at the trail intersection deposits you at Route 9D Just north of where you began. There is nothing like Breakneck in all the Highlands.

The Hudson Highlands State Parks most well known trail – Breakneck Ridge was rated by Newsweek as one of the top 10 day hikes in America. The 5.5 mile Breakneck Ridge trail rises 1,250 feet in only a 3/4 mile stretch. 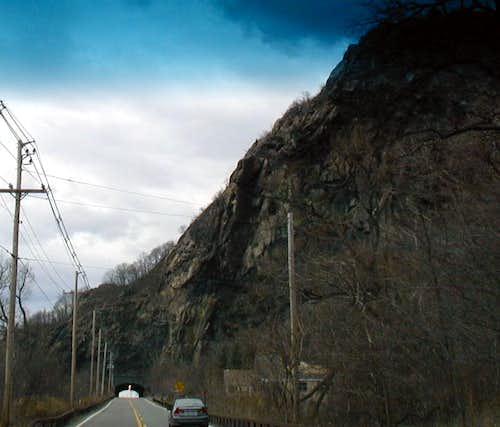 Take Route 9D north for about 11 miles passing through the town of Cold Spring. About two miles north of Cold Spring you will drive through an underpass. Park on the roadside just north of the underpass (GPS: N 41.44354, W 073.97791).

The total driving time is estimated at one hour without traffic.

Once you have found a location to park find the white trail which starts on the West side of the road just north of the tunnel.

map NOT for navigation

The trail actually crosses the tunnel by going over it. Shortly after starting up the trail there are a few side trails west with low elevation views of the Hudson River. The trail heads straight up the rocky ridge and great care is needed the drop off to the south side is far down. Follow the white trail to the summit and continue along the ridge to the Red trail. The red trail brings you down the West side of the ridge to the yellow trail. Turn left and follow the yellow trail back to the parking area. If you take the Yellow trail to the right it leads to Little Sugarloaf Mt. If you don't like the steep climb the ridge can be climbed by taking the yellow trail to the Red Trail and return the same way skipping the steep South side.

As you can see from the map there are many trails in the Highlands and lots to enjoy! 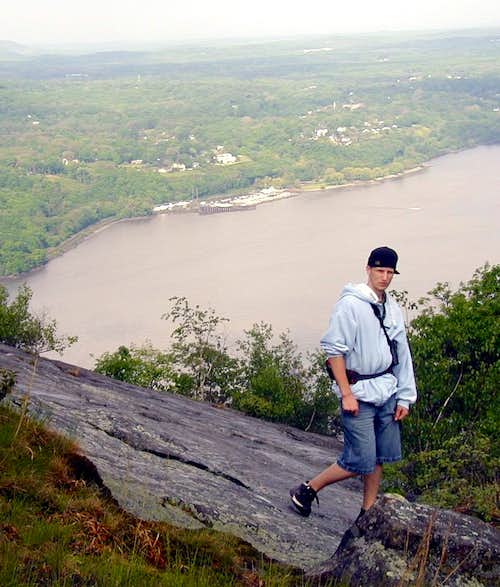 Seasons/Hours:
Park is open daily, sunrise to sunset. Hunting: Deer hunting (bow only) and spring turkey hunting (shotgun only) is permitted in season. A New York State Hunting License as well as a Park Permit is required. Please call the Park Office for more details.

Pets:
Dogs are permitted on trails, on a leash of not more than 10 feet.

No camping or fires are allowed. 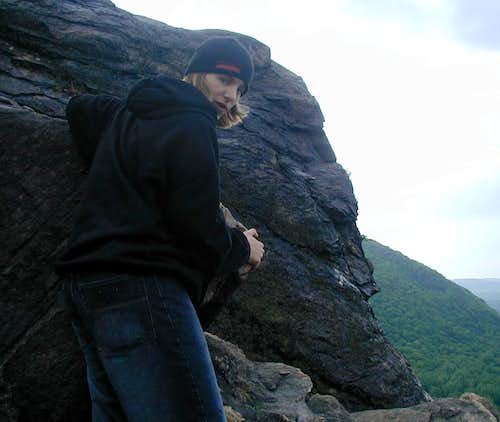 Granite blasted from the sides of this mountain has been used to build the Brooklyn Bridge, West Point and the front steps of the capitol building in Albany. The scars to the mountain are clearly visible. It would be so cool if the cliffs on this little mountain were natural, but alas they are man made.

There is an old Lenape (Indian) story that somewhere in these hills was the last haunt of the feared and ferocious Great Naked Bear, a species that ate humans. Hairless except for a tuft of white hair on the back, they originally lived over a wide area of Turtle Island (North America). Because their hearts were to small to aim at with a spear, they were almost impossible to kill. They could smell a solitary human all the way from the other side of the mountain, and villages were never safe from their attack. Nonetheless one by one they were hunted down and destroyed, until only one remained on the east banks of the Hudson. A hunting party climbed a steep cliff for protection (the Breakneck Ridge). When the creature attacked from below the men threw boulders, crushing its skull and breaking its neck.