Mount Stuart's Ice Cliff Arete is the obvious, striking ridge separating the Ice Cliff Glacier from the Sherpa Glacier.  Offering 20+ well protected, high quality pitches on beautiful Enchantments white grandiorite, this route compares favorably with many of its more famous neighbors, and surpasses in quality many others.   My partner felt the Ice Cliff Arete was more sustained and committing than the full North Ridge of Mt. Stuart.  The route finding certainly made it feel more like an adventure climb than the more traveled routes in the range.  Unless otherwise noted, all photos are by Anastasia Blagoveshchenskaya. 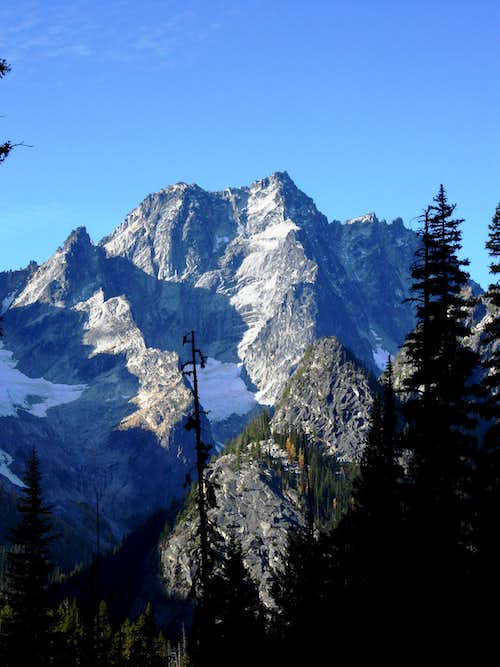 Approach and descend as for the North Ridge of Mt. Stuart.

This is a typical Enchantments range summer alpine rock route, which I find are best climbed late season - August through September.  The weather is typically warm and stable and the rock snow free.  Additionally, one can eschew ice axe and crampons and wear tennis shoes on the approach.  The route has been climbed in early June, however, parties reported wet, snowy rock climbing.  The advantage of an early season ascent is one may make an easy descent down the Sherpa Glacier, which is not a safe option later in the season.

There has been at least two independent routes established on the Ice Cliff Arete.  I will describe the route I climbed, which seems to be slightly more popular and the easier of the two. The consensus seems to be the route is Grade IV with technical difficulties reported from 5.8 - 5.9.  I felt the line we climbed was 5.8, but there is considerable route latitude and one could certainly climb much harder variations.  I suspect we found the path of least resistance, so future parties should be prepared for sustained climbing to at least 5.8. 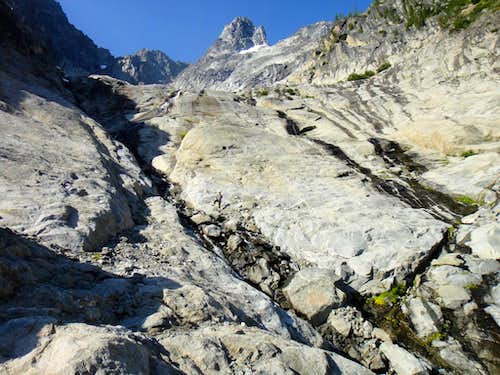 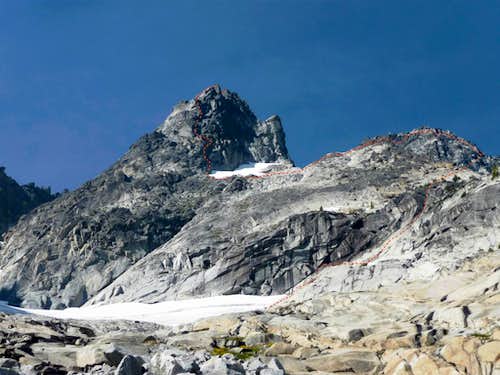 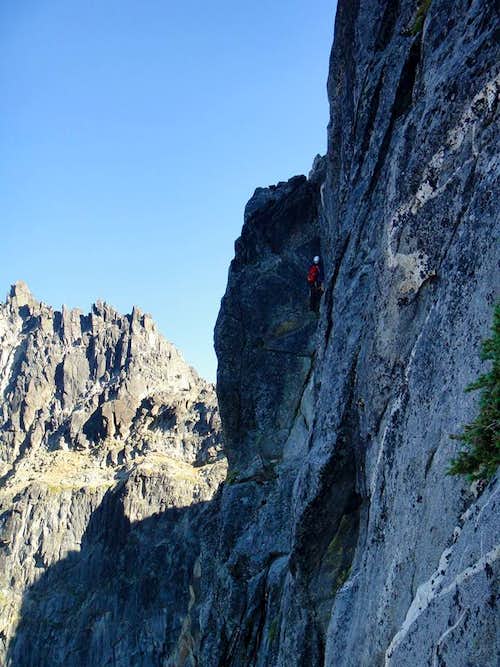 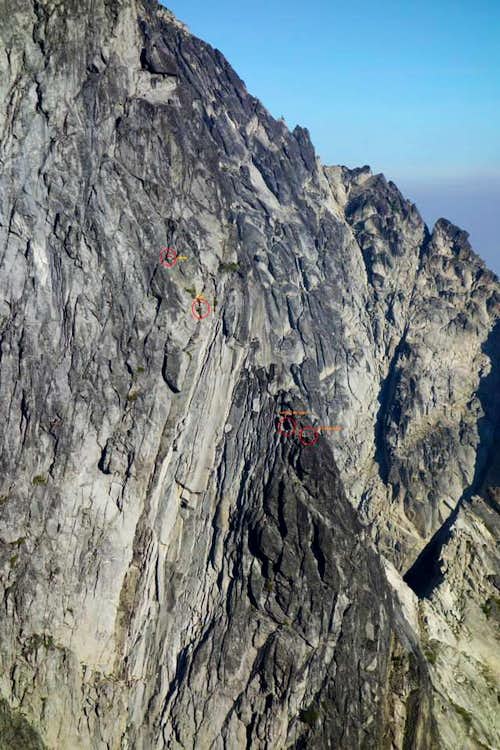 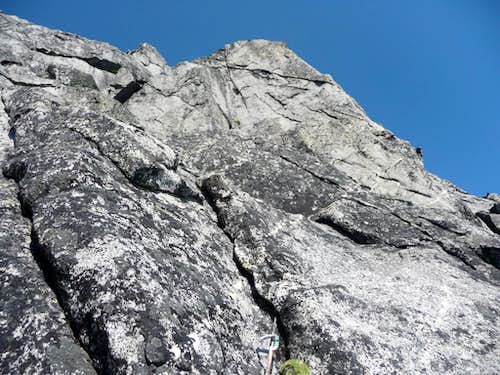 Looking up the steep headwall 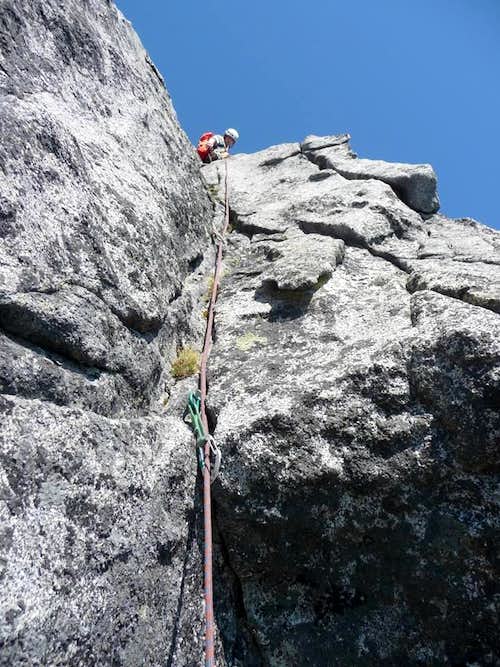 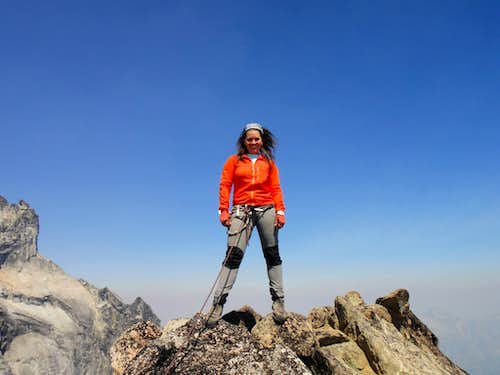 Dr. B. on the summit of Ice Cliff Arete 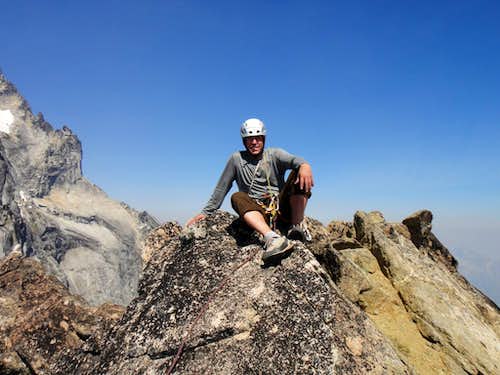 EB on the summit of Ice Cliff Arete

1) Standard rack for a granite alpine rock route.  A large size range of pieces is more useful than doubles:

2) Rope. We used a 60 meter cord which seemed about perfect.

3) Plenty of water, the route is dry starting at the Black Tower.  There should be snowmelt runoff from the Sherpa Glacier below the route and we found a good trickle from a snow patch at the base of the Black Tower in August.

4) Bivy gear.  While very fast climbers (e.g. the late Chad Kellogg) have day tripped this route, we were surprised by how long it is.  We had planned on bivying on the descent but got caught by night high on the route even with a 3AM start from the trailhead.

5) Ice axe and crampons in early season for the Sherpa Glacier.