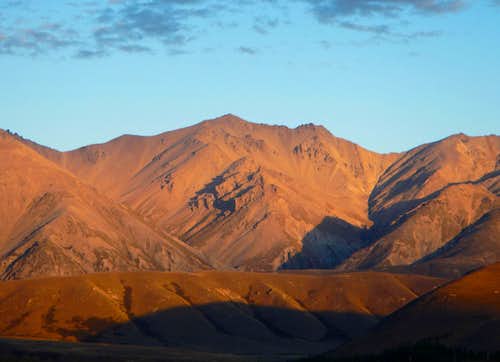 Mount Taylor
Mount Taylor (2300 meters) is the highest peak in the Taylor Range and is the intersection of three main ridges each of which are officially separate named ranges. The south ridge is the Somers Range which oddly enough is not a part of nearby Mount Somers, but it does connect to the Winterslow Range and Mount Winterslow (1700 meters). The east ridge is the Old Man Range which ends at Old Man Peak (2221 meters). And the north ridge is the Taylor Range itself, with no other named summits.  This whole area is part of the Hakatere Conservation Park. 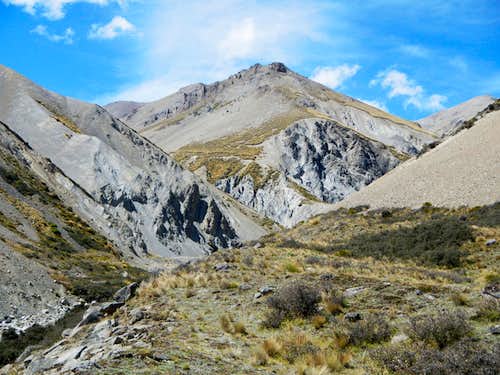 The West Ridge Above The Gorge
Because it is densely packed with high ridges and other peaks of nearly the same height, Taylor does not stand out visually as the primary dominant point. Despite the deceptive appearance, it is one of only ten NZ ultra prominence peaks (over 1500 meters of prominence). The standard class 2 route ascends the west ridge from Lake Heron and crosses the Te Araroa. 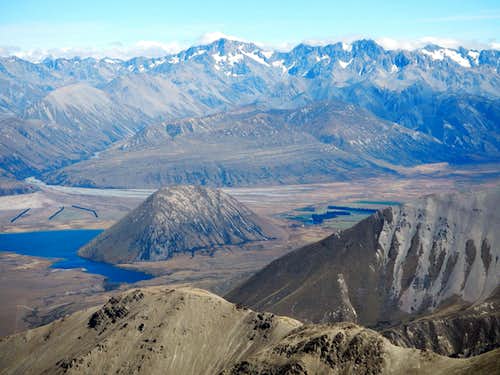 Summit View of Mount Arrowsmith
Most parties will require a day and a half to complete the route, making use of Double Hut at the mouth of the Swin River South Branch. Double hut has 6 bunks as well as an outhouse and has been around since the early 1900's. Edmund Hillary signed his name on the wall during a 1951 climb of Taylor. Faster groups might opt to bypass the hut altogether and do the entire 29 kilometers and 1580 meters of gain in a single day. 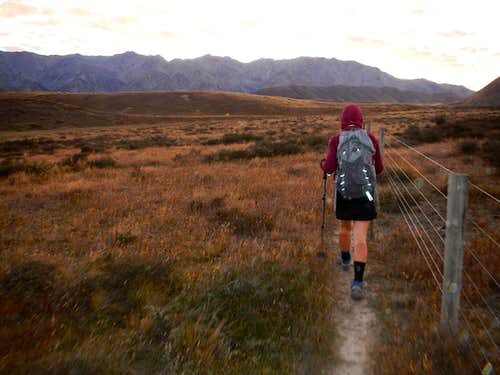 Pasture Tramping
From the Lake Heron carpark, follow the track around the north side of Lake Hill and then east across pasture lands. Much of the track follows along lines of fence. Pass through a few gates and after 8 kilometers you will come to a junction with the Te Araroa. 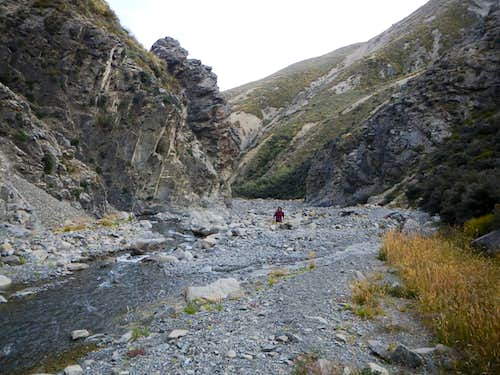 Entering The Gorge
Turn right (south) toward Double Hut and follow the track to a crossing of the Swin River North Branch. Cross the river and the track turns to the southeast. You will reach Double Hut 9 kilometers from the carpark. Beyond Double Hut there is no track to follow, however cross country travel is still easy. 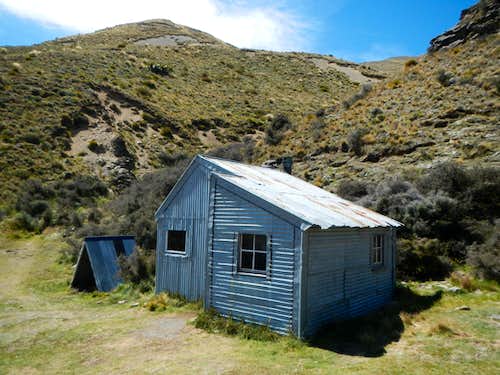 Double Hut
Tramp upstream in a gorge along the south branch of Swin River. After 2.5 kilometers, reach the base of the west ridge at a major fork in the river. This west ridge rises steeply out of the gorge which is created by two longer ridges on either side. The base of the correct ridge is not fully visible until part way up the gorge. 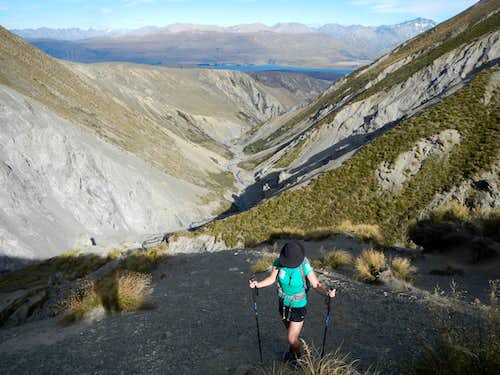 Starting The West Ridge
While travelling in the gorge watch for terraces above the river which offer easier travel than the river rocks below. These benches are mainly along the south side of the gorge but are sometimes guarded by narrow bands of thorny bushes. 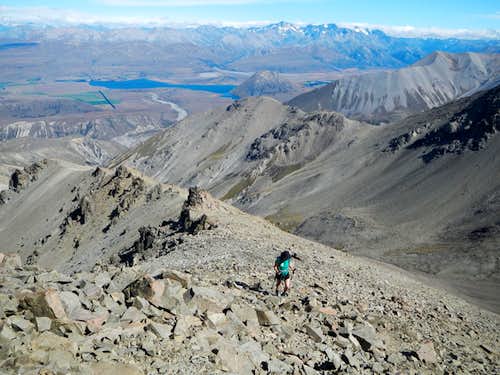 On The West Ridge
The base of the west ridge is blocked by some cliffs. From the major split in the river take the right fork a short distance to find easier access to the ridge above. Ascend the ridge past one narrow crumbly section and then continue on YDS Class 2 (no scrambling) terrain all the way to the summit. Some sections of the ridge have rocky outcroppings all of which are easily avoided.

The Lake Heron carpark is 2 hours and 15 minutes west of Christchurch. 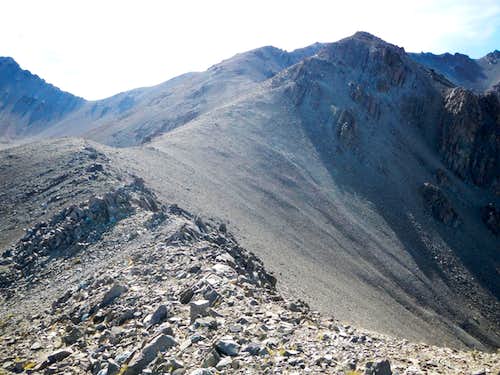 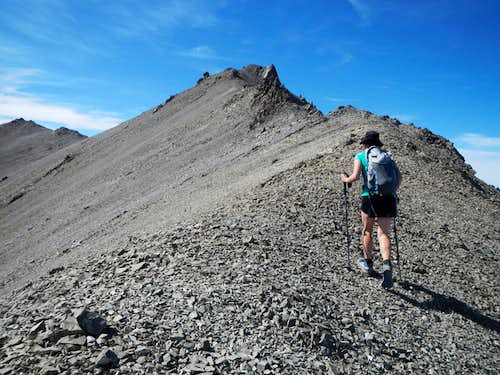 The Summit Ahead
Turn right onto Tramway Road and cross Highway 72 after 10.5 kilometers. Tramway Road becomes Ashburton Gorge Road in the town of Mount Somers. Continue for 23.9 kilometers and turn right on Hakatere Heron Road. 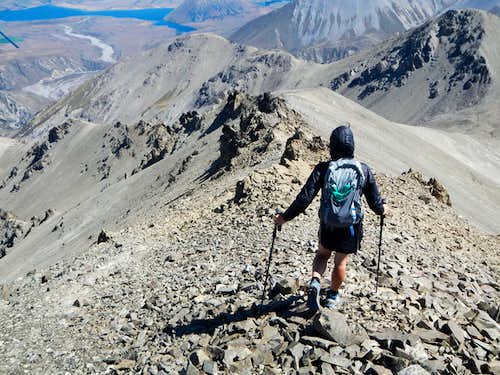 Descending The West Ridge
Continue driving north for 16.2 kilometers to the carpark road turnoff on the right, which runs east along the south shore of Lake Heron. Follow this road to the parking area at the end in just under 2 kilometers.