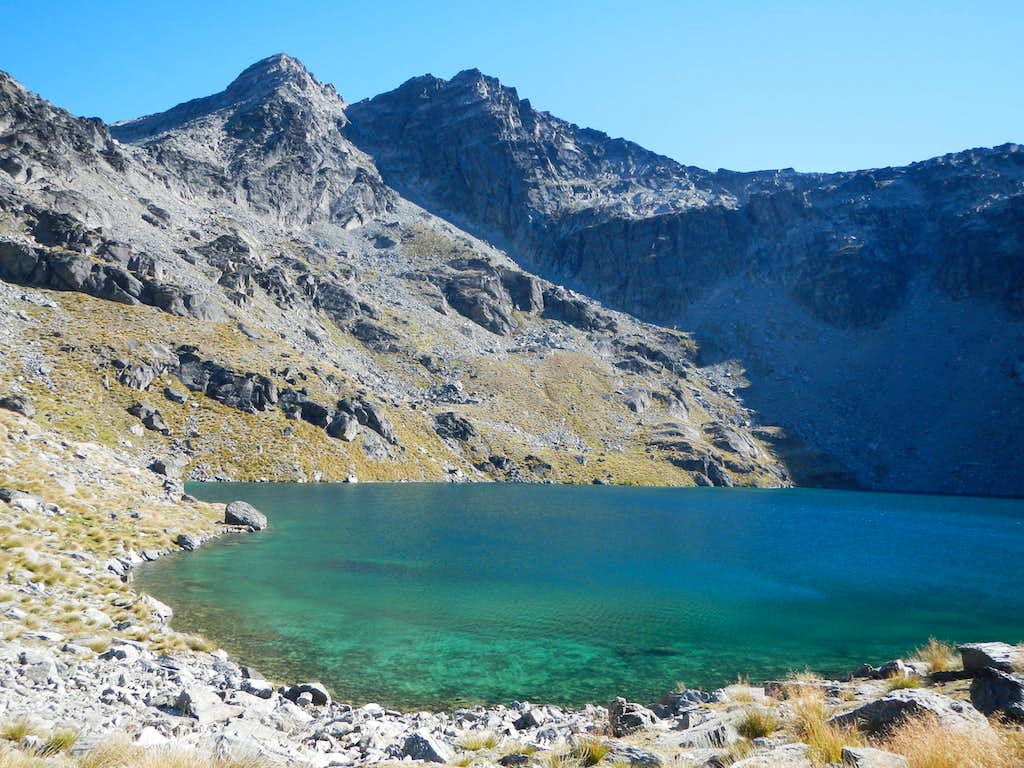 Single Cone is the highest peak in the The Remarkables range in the Southern Alps of New Zealand. The sheer west face rises 2000 meters above Lake Wakatipu and the city of Queenstown. It is one of only ten NZ ultra prominence peaks (over 1500 meters of prominence). 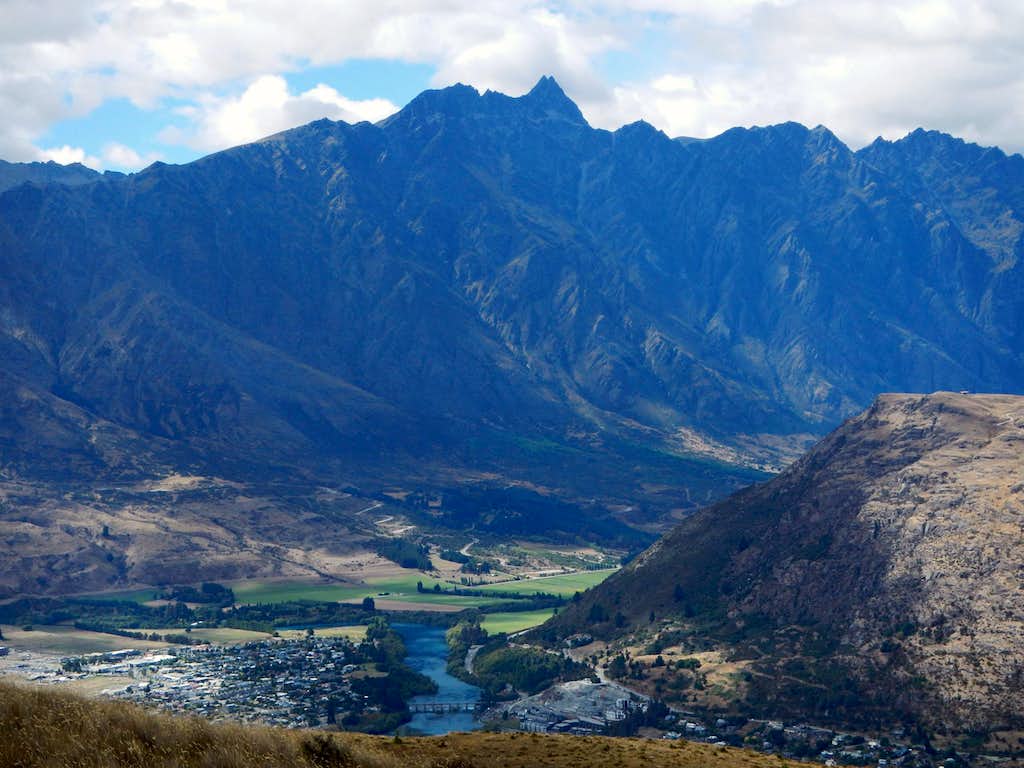 The Remarkables is a north to south trending ridge along the east shore of Lake Wakatipu. Like much of the rock in the area it is composed primarily of mica-schist which was carved during the last ice age when the Wakatipu Glacier completely filled the valley to the west. The range was named by surveyor Alexander Garvie in 1857.  His reasoning was the belief that it was one of only two ranges in the world that runs exactly north to south, the other being The Rockies in North America.  It would have been a ludicrous claim with the current geographic knowledge.

West Summit Panorama with Wakatipu Lake and nearby Double Cone

The Remarkables are separated from the Hector Range to the southeast and it's highest peak Mount Tuwhakaroria (both named in 2013), by the deep Wye Creek Gorge and Wye Pass. There is a ski area located at 1600 meters and a road which allows easy access all year long. For this reason it has become a popular destination for skiing, rock climbing and ice climbing. Between the ski area and the summit, nestled in a bowl at 1800 meters is Lake Alta. Part of Peter Jackson's Lord of the Rings series was filmed near the lake, particularly the scene where the fellowship flees the mines of Moria without Gandalf. 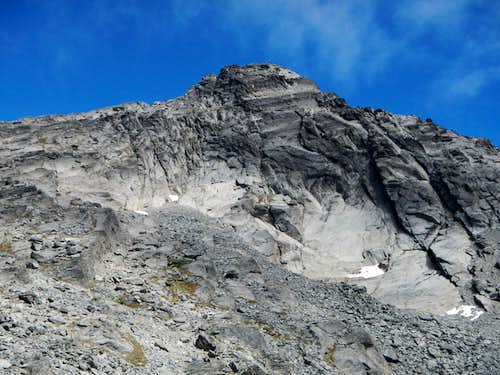 There are numerous rock walls and technical routes all around the primary summit ridge as well as in the bowl above the lake. The two highest peaks in the range are called Single Cone (2319 meters) and Double Cone (2307 meters) and are only 250 meters distant from one another. The first recorded ascent of Double Cone was made by geologist T.N. Hackett in 1864. The first ascent date of Single Cone is unknown. 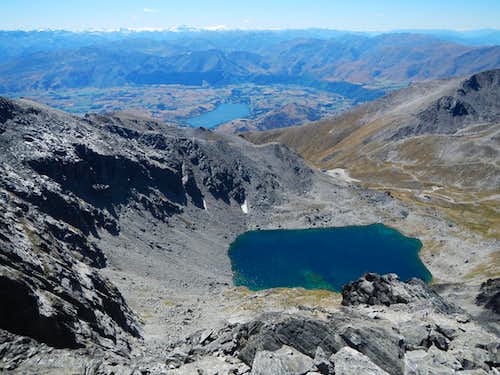 A traverse along the summit ridge between the two peaks has become popular in the alpinist community and is known as The Grand Traverse. Other popular multi-pitch routes are located on the south face of Single Cone which is accessed from near Wye Pass.  The standard route for Single Cone is a multi-pitch climb of the southeast chimney high on the east face, Grade 1 (YDS 4 to 5.2). For most of the year the chimney/gully is filled with snow or ice, but during mid to late summer it can become fully melted-out making the second pitch more of a walk/scramble. 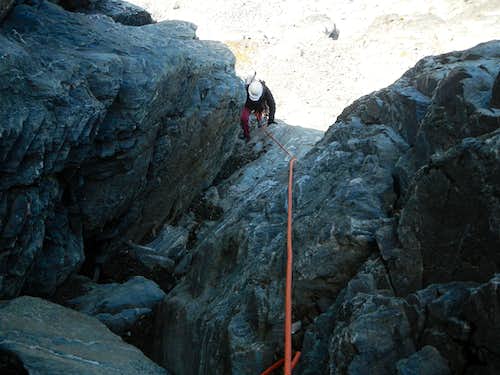 Even on the easiest standard route, exposure is significant. Most parties opt to use a rope and protection. There are 3 double-bolted abseil anchors inside the chimney and one at the base. If the gully is free of snow a 30 meter rope will suffice, but otherwise a 50 meter or 60 meter is recommended. Also many of the cracks on the first pitch are flared, so cams will place better than chocks. 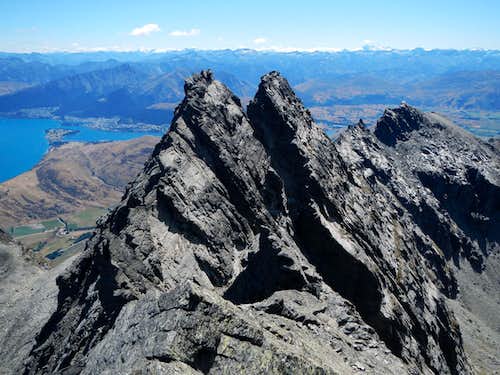 A slightly longer more challenging climb aside from the standard is the northeast ridge. Much of it is YDS Class 4 but has been reported to max out at Grade 2 (YDS 5.2 to 5.3).

From the ski area hike up the lift access road turning left at the first junction and right at the second. At the end of the road find the start of the Alta Lake trail. 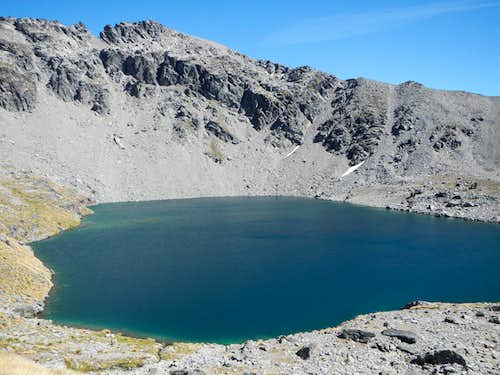 Lake Alta
From the lake, both Single Cone and Double Cone are visible above, as well as Wye Pass to the left (east) of the peaks.  Hike south from the outlet of the lake over talus rocks and find a climbers path leading up to the pass. 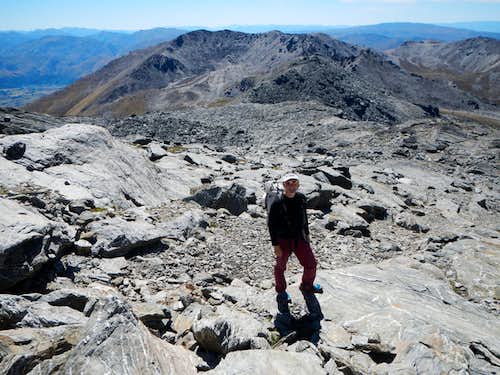 Small Plateau Above Wye Pass
From the pass at 1970 meters turn right (west) and ascend to a small plateau south of the lake. Continue south by southwest to reach the southeast ridge. 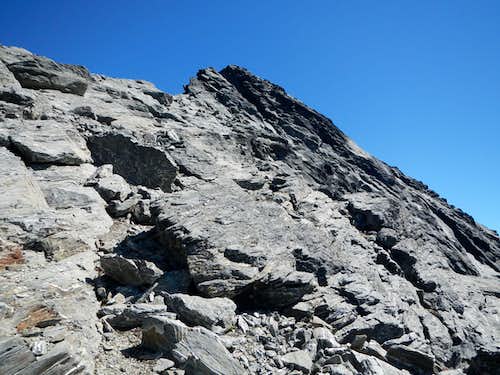 As you get closer to the peak, the chimney will become more apparent. Ascend small gullies and slabs to near the crest of the southeast ridge and then traverse to the base of the wall below the chimney. 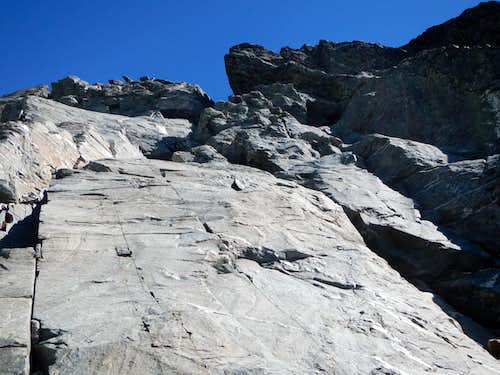 The first pitch below the chimney is the steepest but is easy to protect. Make sure to begin far enough to the right when at the base of this wall. If you climb up directly below the chimney, gear opportunities are scarce. You can belay your partner on the abseil anchors. A small assortment of medium cams should be all you need. 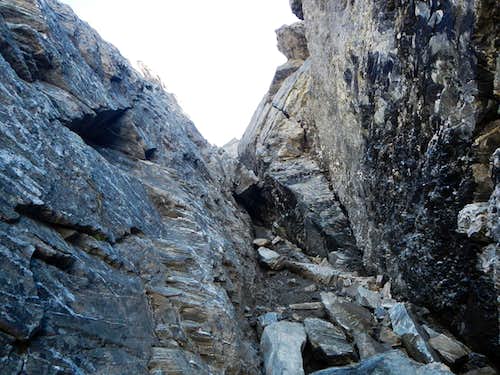 The second pitch inside the chimney will be more interesting if snow is present and might require ice tools and crampons depending on conditions. 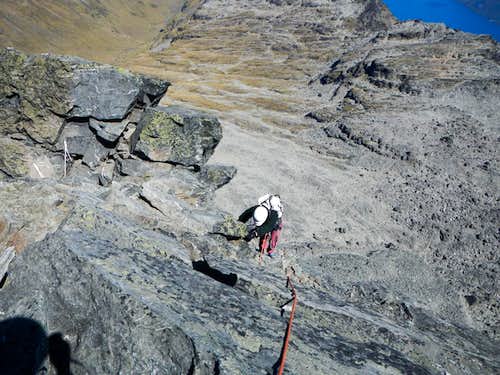 At the top of the chimney pass through a notch, out onto the upper southwest face. The summit is not far away now. Scramble up to the crest and then it's just an easy walk to the north along a pleasantly narrow ridge.

From downtown Queenstown head east on Highway 6A for 6 kilometers. At the roundabout take the 3rd exit southward for Highway 6 and proceed another 4.1 kilometers crossing the Kawarau River bridge along the way. Turn left onto The Remarkables Ski Area road and follow it to the parking lot at the end.