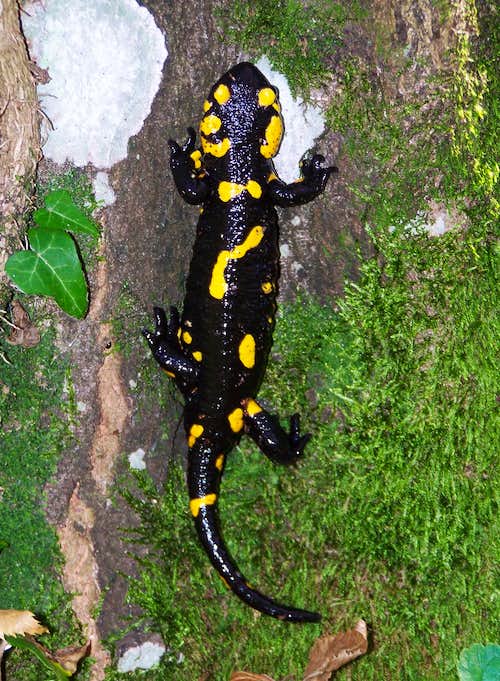 Fire salamander
I hesitated a lot wheter to write a page for SummitPost about this mountain or not. This mountain is rather low - not exceeding 1000 m. But from other aspects it's more significant:
- Highpoint of Požega-Slavonia County of Croatia
- Highpoint of the historic Pozsega County of Hungary
- Prominence: 799 m
- Topographic isolation: 92 km.
It's not a well-known mountain. This page may help to draw some attention to it.

Psunj/Pszuny has two dominant peaks: the higher is Brezovo Polje (984 m), the lower is Javorovica (912 m). The distance between these 2 peaks is 8.5 km. The lowest point of the ridge connecting the two peaks is 786 m, so despite the relatively big distance of the 2 peaks, the mountain can be considered as one block.

The the ridges of the mountain are nearly flat, while there are some deep valleys cut among them. The monutain is mainly covered by beech forests, but there are some spruce forests, too. The area of the mountain was intensively impacted by war-activities during the Croatian War of Independence. During the war huge minefields were implemented on the mountain - espcially on its western part. They are still there. If we can say anything positive about it, that is the limited human presence on the mountain. It is the best nature protection. 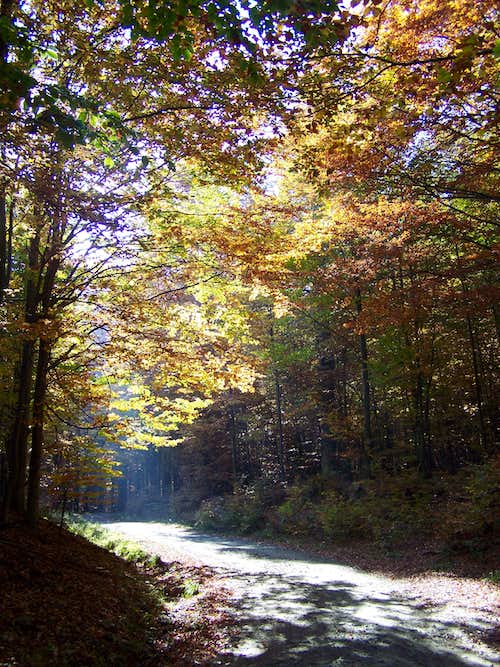 The road to Brezovo Polje
Brezovo Polje is the highpoint of the mountain. It's a flat hilltop. On its highest point there is a fenced transmission station. 200 meter far from it, in southest direction there is an obelisk marking the highpoint. Actually the obelisk is in 80 cm lower position. But there is a ladder on the obelisk, and if you dare to climb it, you can reach the 1000 meter elevation. Both the obelisk and its ladder are in bad condition.

The summit is in the middle of minefields, in 1.5 km diameter. But the minefields are stretching down to the foot of the hill on the northern and western slopes.

The only safe access is on the forest dirt road from Strmac, from south-east direction. 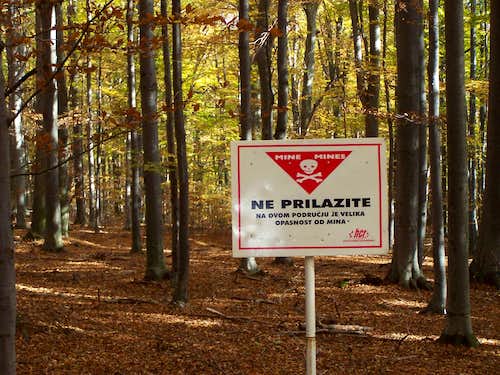 Documented and suspected minefields are generally signed on the spot. Still be careful: don't leave the roads.

Detailed online map with all minefields of Croatia: click here

Hiking: there are marked tourist routes here, but still hiking is not too popular here. Nevertheless Brezovo Polje is a checkpoint of the HPO Croatian Mountaineering Tour: you find more information here

Mountain biking: this is more popular. This mountain gives place for the yearly MTB Marathon Psunj. 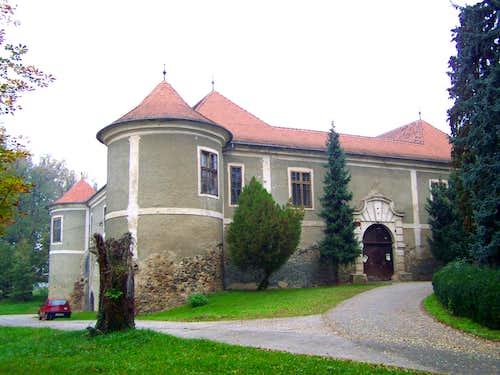 Cernik/Csernek: Dessewffy Castle
During 1000 years this area belonged to the Slavonian part of Hungary, except for a 150 years long intermezzo of Turkish occupation.

History produced a very mixed population here. In last census of Hungary (in 1910) many nationalities were found here. Let's see an example. In the municipality of Pakrac/Pakrác the following nationalities lived:
- 45% Croats
- 24% Serbs
- 11% Hungarians.
Czechs and Germans lived here, too.

After World War I this area became pert of Jugoslavia. The number of Hungarians drastically dropped.

Between 1991 and 1995 a part of the mountain belonged to the unrecognized rebellionist Republic of Serbian Krajina. Finally the Croatian army won the indipendence war against the various Serbian forces. The result of the war: many killed people on both sides, destroyed and damaged buildings (still today they are everywhere), minefields and nearly clean Croatian population.

The easiest approach is from Zagreb or from Beograd, on the highway connecting the two cities. Exit the highway at Nova Gradiška/Újdradiska. 3 km north to Nova Gradiška/Újgradiska there is a village called Cernik/Csernek. Here you can find two valleys leading to north. Take the eastern one. The road of this valley leads up to the summit of the mountain.

I have no information about any official camping site or tourist hut here. And don't try wild-camping. The best is to find a hotel in the nearby cities (Nova Gradiška/Újgradiska or Požega/Pozsega). 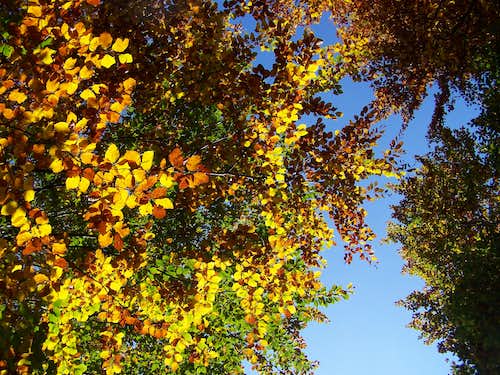