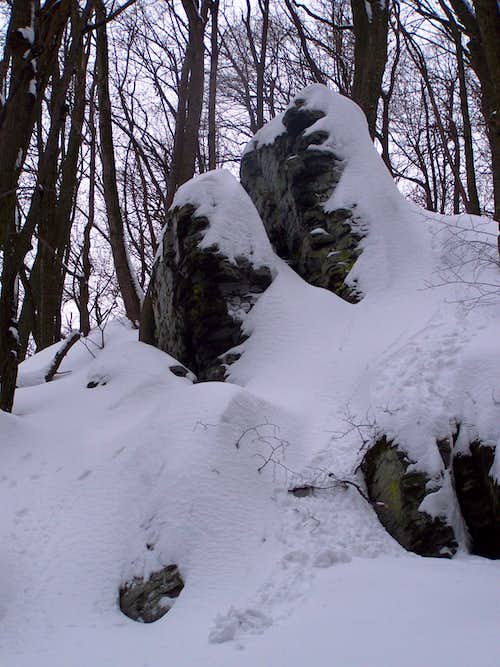 This mountain – despite of its moderate height – is an important highpoint:
- Highpoint of the mountain range called Štiavnické vrchy/Selmeci-hegység. This mountain range is the largest volcanic mountain range of the Western Carpathians
- Highpoint of the historic County Hont of the Kingdom of Hungary. The territory of this county was changing during the history, so this highpoint status is true for the 11th-12th century and for the period 1802-1920. In 1920 the county was divided between Czechoslovakia and Hungary. In Czechoslovakia, the northern part of the county continued to exist until 1923, and so Sitno/Szitnya remained the county highpoint, too, until 1923
- The southernmost mountain of Slovakia exceeding 1000 meter
- One of the mountains that are the nearest to Budapest and exceeding 1000 meter:
o Kékes (1015 m), 81 km distance
o Sitno/Szitnya (1009 m), 102 km distance
o Javorie/Jávoros (1044 m), 106 km distance

The mountain gives a very impressive view, especially from south, from the village called Prenčov/Berencsfalu. This village is in 300 meter altitude, and the top of the mountain is towering by 700 meter above it.

Sitno/Szitnya is a volcanic mountain. Mainly covered with mixed forests – the most common trees are oak, beech and spruce, but there are many other species, too. The flora of the mountain is very rich, and so it was declared a nature protected area.

The top of the mountain is grassy, and near the summit there are also many rocky outcrops made of andesite. 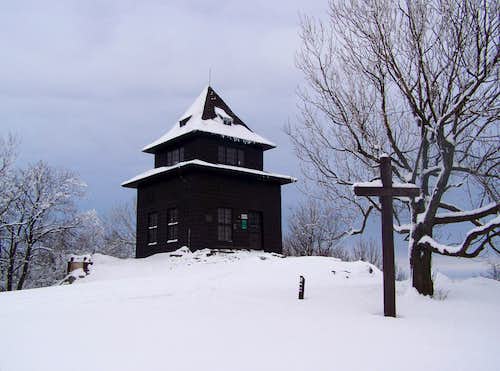 Archeological traces of the a settlement have been found on the summit. Lusatian culture existed in the later Bronze Age and early Iron Age (1300 BCE – 500 BCE).

The ruins of the medieval Castle Szitnya can be found 900 meter far from the summit.

In 1727 Count Miklós Koháry made the first lookout tower of Hungary built on the summit. This construction collapsed in 1852, but in 1883 Prince Fülöp Coburg built a second building here. Now it serves with mixed functionality: as a seasonally opened tourist hut/snack bar/exhibition hall.

Besides this old tourist pavilion there is a bigger but abandoned tourist hut there, as well as an operating radio transmission station.

The summit has also a summit cross for the memory of Andrej Kmeť, the famous botanist, ethnographer, archaeologist, and geologist. 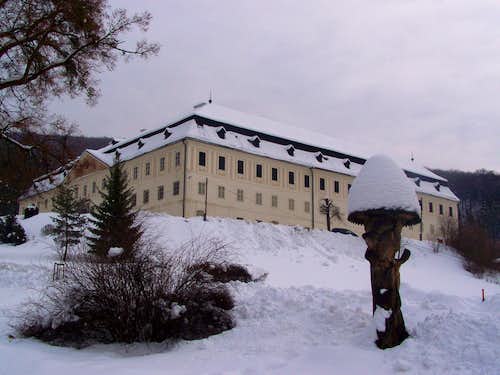 The manor house of the Koháry family

This mountain and its direct neighborhood had huge importance in the history of Hungary. The 3 most interesting historical places are the following:

The ruin of the castle can be found east to the highest summit of the mountain, 900 meter far from it. The castle has two parts: a lower castle and an upper castle, in elevation of 850 meter, on andesite rocks towering above the forest around. The main “blue” marked tourist path doesn’t lead to the ruins: it is going by in a distance of 150 meter far from it. The direct access to the ruins is a side-path of this trail, marked by “green rectangle”.

Banska Štiavnica/Selmecbánya is the main attraction at Sitno/Szitnya. It is an old and famous historical mining town, only 6 km far from the summit of Sitno/Szitnya. The city gained the privileges of royal free city of Hungary already in 1238. The mountains made the city rich and important. The volcanic rocks of the mountains around were very rich in gold and silver ore. In 1627, gunpowder was used here for the first time in the world in a mine. Mining activity was so intensive that the population of the city itself exceeded 23000 according to the census of 1782, and it reached the population of 40000 together with its suburbs. It means that Selmecbánya was the 3rd biggest town of the Hungarian Kingdom at this time. The town was protected against potential Turkish raids with 2 fortresses that were built in the 16th century. These fortresses still exist in their original format.

In 1919, after the creation of Czechoslovakia, the Academy was moved to Sopron in Hungary. The city lost importance. Once it had a population of 40000 – and now only 10000. The lack of development has also its advantage: because of its historical value, the town and its surroundings were proclaimed by the UNESCO to be a World Heritage Site.

Now Svätý Anton/Szentantal is a village, in a valley 5 km east from Sitno/Szitnya. The village existed already in the 13th century, and it was owned by the ancient Hont-Pázmány clan. It had the privileges of market towns in the 16th-19th centuries. There was a castle on a hill above the town. The soldiers of this castle participated in the Turkish wars in the 16th-17th century. The town was also fortified in these times due to the threat of the nearby Turkish Empire of this era. It was also place for holding county meetings of Hont County.

In this time the town was owned by the potent Hungarian noble families of Pállfy and Illésházy. But the Koháry family made the town really famous. The family itself is perhaps the most ancient family of Hungary, dating back to the 10th century. In 1744 Count András Koháry built the new residence of the family on the place of the old castle. The huge baroque-classical style new manor-house has 4 gates, 12 chimneys, 52 rooms and 365 windows, symbolizing the numbers of the calendar. Last resident of the luxurious manor house was Tsar Ferdinand I of the Bulgarians. Don’t surprise: he was a grandson of Antónia Koháry. 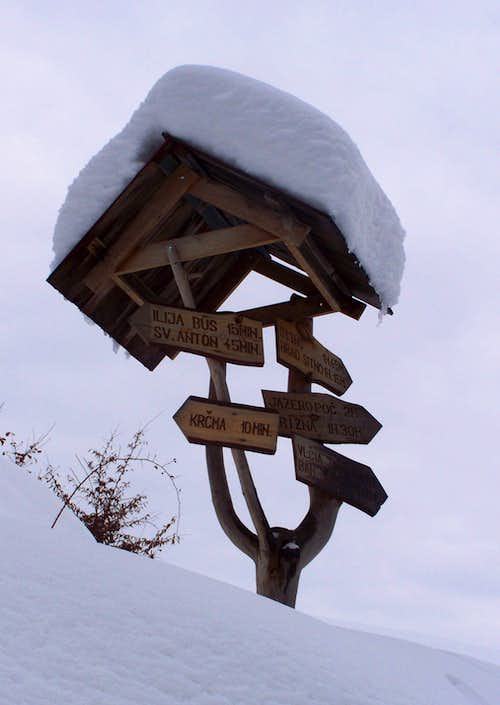 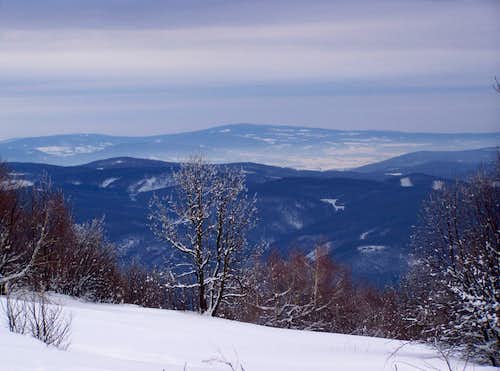 
Camping and other accomodations