Parker Ridge is not for mountaineers after an exhilarating scramble or climb in the Canadian Rockies; it is just a hiking destination with great views. But it is easy and very rewarding, and that makes it excellent for families with small children or for travelers who want to get out of the car a bit but can't commit to something more serious in the area (it's great if you're carrying a kid on your back, and it's also short and easy enough for many kids as young as three or four to handle on their own feet. It's also nice for a "dessert hike" after some real mountaineering earlier in the day. If you're still interested, please read on.

You don't have to spend long on SummitPost or looking through the windshield of your car to figure out that the Canadian Rockies have some of the most spectacular mountaineering opportunities to be found anywhere in the world. Snowfields, glaciers, spires, and long, sheer ridges that look like something from a fantasy movie awaken the kind of hunger that threatens to seize the beholder and send him running madly from his car to the peaks.

Well, you won't get into any of those things on Parker Ridge, but you will get to see all of them, and you actually have to get out of the car to do so. The best views are of things you can't see from the Icefields Parkway, making the short hike well worth the effort. The scenic highlight is probably the massive Saskatchewan Glacier (see primary image), which gives birth to the river of the same name, but several dramatic snow- and ice-draped peaks decorate the scenery as well. Especially noteworthy are the views of Mount Athabasca and Hilda Peak to the west. 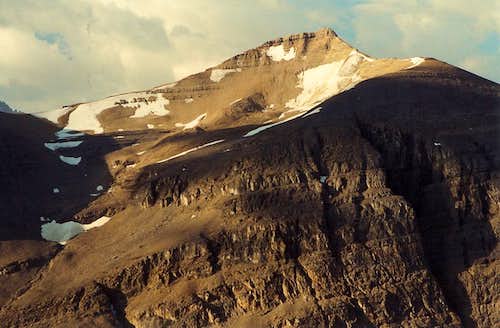 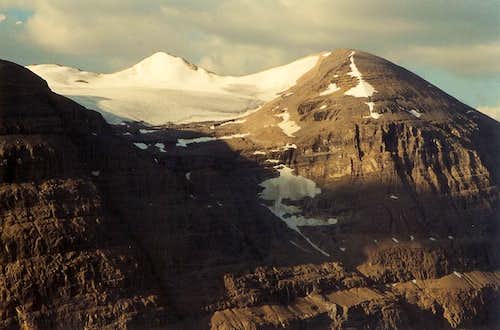 The trail is short (2.7 km-- about 1.7 mi) and climbs about 250 m (about 800'), with most of the climbing at the start as the trail quickly gets above the sparse tree cover around the trailhead and then bends southeast. The trail does not actually reach the summit of Parker Ridge, but it comes within about 60 vertical meters of it. It would be an easy off-trail hike to the actual ridgetop, but before heading up, consider whether doing so is worth it.

For one thing, the views east will just be a higher perspective of what you see from the Icefields Parkway. For another, the alpine tundra here is fragile and can easily be destroyed by careless feet. If you must go up, stay on rocks as much as possible. But the popular areas of the Canadian Rockies, as busy as they can get, are much more pristine than the very popular areas of the U.S. Rockies (think road-accessible tundra areas in Colorado), and it would be nice to keep them that way.

West of what topo maps label as Parker Ridge, the ridgeline continues to roll gently for a while but then gets steeper and rougher as it becomes the eastern arm of Mount Athabasca, though there is a closer summit that appears easy to ascend. Mount Athabasca is a serious undertaking and is not for casual ridgewalkers. If you head out cross-country here, please remember the considerations about taking care of the tundra. 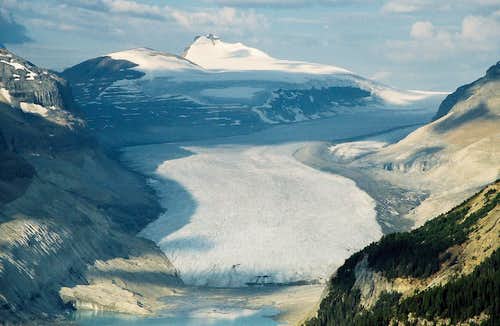 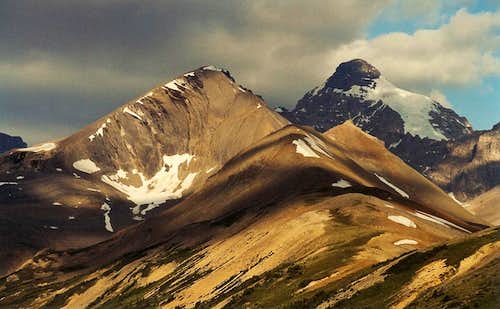 The parking area is on the west side of the Icefields Parkway at KM 117, 4 km south of the Banff-Jasper boundary. It is a good-sized lot, but although my wife and I were the only ones on the trail one August morning in 2003, I suspect this is a very popular hike in the summer, and people arriving after 10 A.M. on a nice day may have trouble finding a place to park. 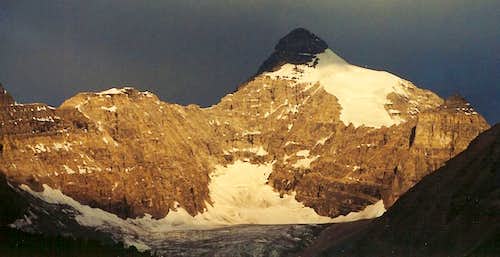 Trailhead views-- a taste of what is to come... 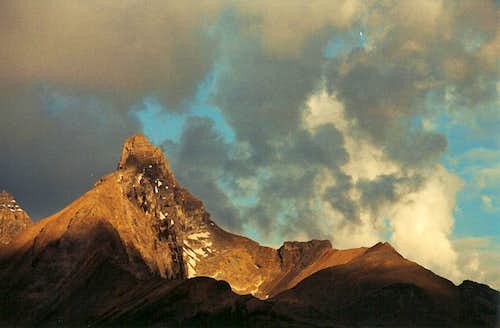 The closest campgrounds are Rampart Creek in Banff (south, and farthest from Parker Ridge) and Columbia Icefield and Wilcox Creek (north, and closest) in Jasper. Some sites are reservable.
Links for camping and lodging: Banff, Jasper

The Icefields Parkway is open all year, weather permitting. Winter trekkers will likely need skis or snowshoes. For current conditions and other Banff-related information, use the link provided below.
Parks Canada-- Banff Site

Note: If any members who know the area better than I do inform me that Parker Ridge is less its own entity and more an extension of Mount Athabasca or another peak, and they let me know, I will happily change this to a route (not for Athabasca, of course) or a custom object. I'll admit the maps have me a little uncertain about this object's status. Thanks.