That was not easy!


Well this was a good one. Another ideal day for such a strenuous hike, we started out on the Vivian Creek trail at 5:45 am with very cool weather. We continued up 1.5 miles until the trail meets with the creek, and almost immediately we looked for a spot to cross the creek and climb up to the ridge that would head up to Dobbs Peak.

The addition of Dobbs (and East Dobbs, a 'peak' per Rick Kent) by this ridge route allowed us to add 2 peaks to the 9 peak loop classic. I read some descriptions of this route previously and thought it would be a good, shorter alternative to the Vivian Creek trail, and I think it was. It was definitely steep, covering 3300 ft in 2.2 miles. A few spots at the lower end were steep enough to use hands to scramble up

After hitting Dobbs and East Dobbs, we climbed north up a steep slope intesecting the San Bernandino Divide trail, and followed this relatively flat trail all the way to San Gorgonio. On the way back, we veered off trail and ascended Jepson Peak. 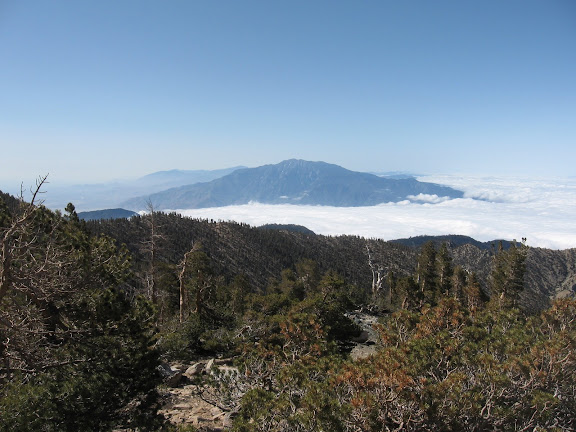 From Jepson, you have to descend to a saddle between it and Little Charlton Peak. We decided to drop down the northwest side, where we found a nice sandy scree gully that really made the steep descent easy on the legs. We followed the maintained trail for just a few minutes before veering off and following the ridge over Little Charlton and Charlton peaks. 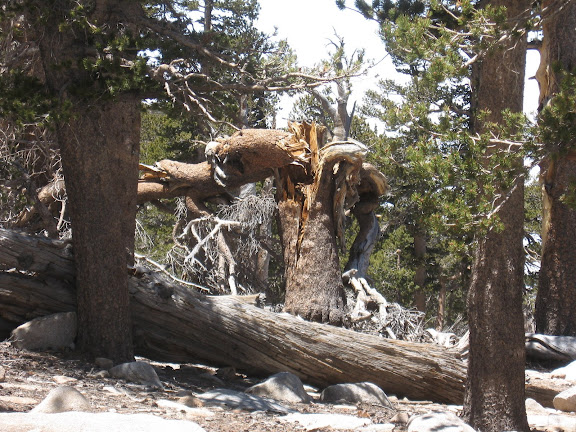 Our route up to this point was free of going down any rough terrain. Not so on descending Charlton to Dollar Lake saddle. It is very steep and rocky, slowing and spreading us out quite a bit. While still tough, I would have prefered to ascend than descend this. 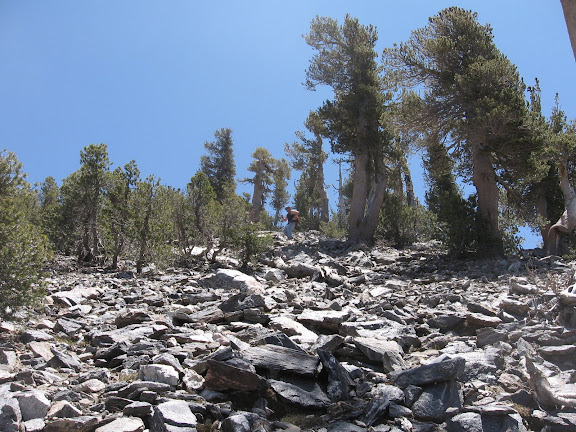 At Dollar Lake saddle, John and Joseph A took the Momyer/Alger trail back to Momyer trailhead, while the other 7 of us continued on. While the worst was over, we had to move pretty quickly to finish the hike in a reasonable time. Of course at this point people were starting to tire out a little bit; many had never been as high as San Gorgonio nor stayed hiking above 10000' for as long as we did for this hike. But at least for this portion of the hike we were following much more maintained trail with smaller detours off trail to climb 200-300' to each peak.

Alto Diablo is but a small 30' climb off the trail. Shields Peak is certainly the most time consuming of the bunch. It is almost entirely made of rocks, making for a nice climb up but slower climb down. 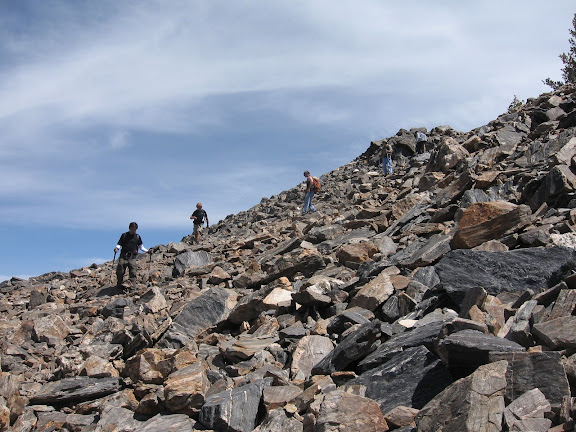 Once back on the trail we continued on up and down Anderson Peak. Here, the old Momyer trail starts. Being ~ 3:40 pm and still the hike down, 4/7 decided to descend here, leaving Winston, Mike T, and I. I didn't really want to get down after 7 so I sent quite a fast pace as we quickly ascended San Bernadino East and San Bernardino peaks by 4:15. Our 11th peak! 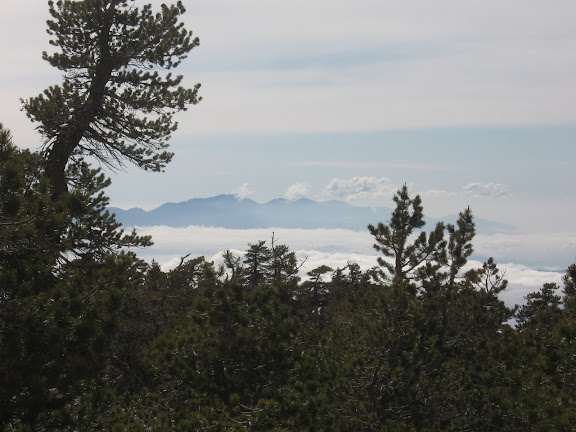 Coming back, we certainly did not want to hike all the way back to the old Momyer trail start; fortunately Tim sent me his gpx file with a nice shortcut that we could descend cross-country to meet up with the trail. We started the shortcut even a little bit earlier from the trail, but this worked pretty well as we interesected the old Momyer trail right at a switch back turn 700' below. 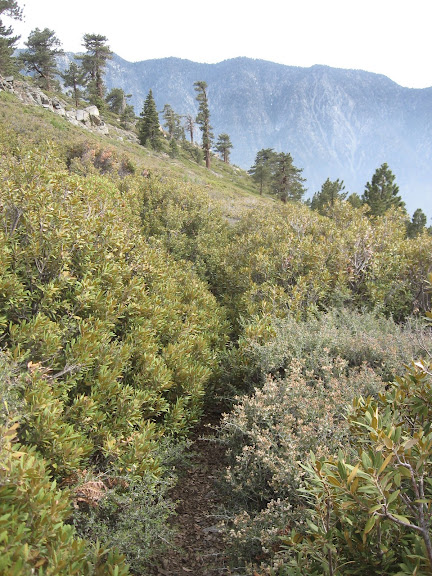 The rest was a fast paced descent. The old Momyer trail has a decent amount of brush hovering the trail at the upper end. We cut off some of this and just endured other parts as it was mostly low lying and not a problem with pants. There were a bunch of fallen trees, especially in one area, but this is preferred over brush! We actually ended up catching up with the other 4 toward the end, making it down at ~ 6:30 pm. With a quick car shuttle, we were done.

We then went to a sufficient, but somewhat crappy restaurant in Mentone. I need to pay attention to restaurant planning next time!