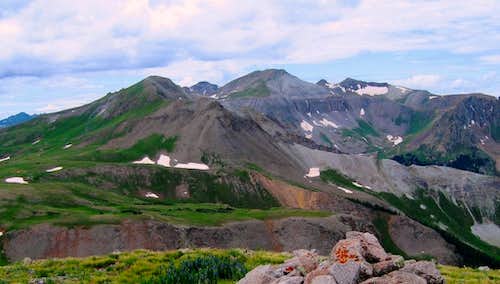 A look at four of the seven highest peaks in the range, on the Continental Divide

Interesting Recent History/Facts
The last grizzly bear sighting in Colorado was within the South San Juan wilderness in 1979 (killed during a dramatic attack involving self-defense with arrow in hand), and some speculate that grizzlies may still roam the area.
Articles:
Ghost Grizzlies or if unavailable see this text version
Reintroduction of Grizzlies to CO?

Extensive mining at Summitville has had environmental consequences and was the focus of much research and national debate in the early 1990's highlighting revision of mining activities on public lands.  Cyanide was used to extract silver and gold from mined rock and began to leak in 1986.  Additionally, open pit mining activity exposed sulphide-rich rock that had oxidized and entered water drainages, increasing pH levels to the point where fish in the Alamosa River, ponds, and Terrace Reservoir disappeared.  Efforts have been made to contain the drainage and Summitville was taken over authority of the EPA as a superfund site in 1994 and total cost has been estimated over $100 million.
Articles:
USGS Publication - THE SUMMITVILLE MINE AND ITS DOWNSTREAM EFFECTS
Environmental Protection Agency Publication 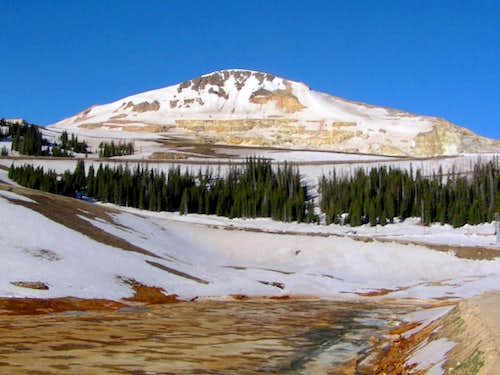 "The Unicorn" beckons many a climber destined for Summit Peak

Rugged Peaks on the Continental Divide south of Summit Peak

Bonito Mountain is a tantalizingly close meadow stroll from FR 14

Chama Peak seen from New Mexico during a thunderstorm 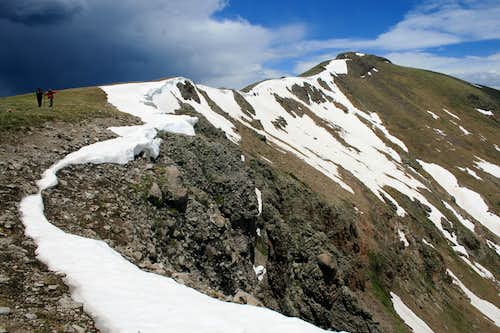 With 158,790 acres of designated Wilderness Area, the South San Juan area has a multitude of trails and good access to many of the peaks. Long ridge runs are possible combining several peaks together such as Summit Peak and two ranked 12ers on its southern flank and five ranked 13ers/12ers to the north via the Treasure Creek approach. Many peak combinations are also possible near Summitville and more lengthy outings can be had combining rugged 12ers west of Platoro Reservoir.  A significant portion of The Continental Divide Trail lies within the South San Juan Wilderness, providing for long treks above treeline and outstanding scenery.

For more in-depth information on peaks at summitpost, see these pages:

The South San Juan Range can melt out late, and Forest Roads may be closed into June.
Current Snowpack 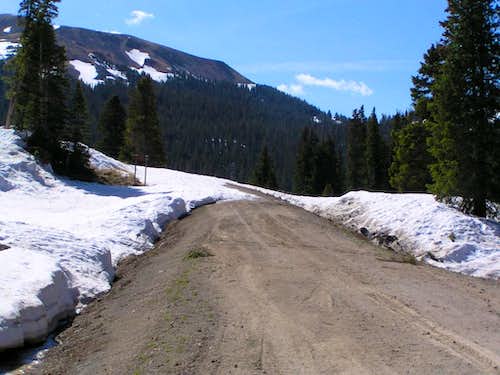 Impassable snow on road to Treasure Creek, late May 2005