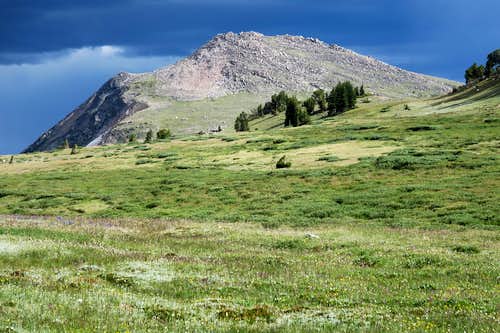 Tibbs Butte
Although Montana has the vast majority of the Beartooth peaks and all the highest ones, there are some peaks in the Wyoming section of the range.
Most likely, Tibbs Butte is not on anyone's bucket list. For those who care about such things, it does have the prominence to make it a ranked peak, but the short, easy climb to the summit is probably not going to inspire too many mountaineers. Even more damning, perhaps, is the fact that it is only around 100' higher than the closest trailhead is (though RT elevation gain is close to 1500', nothing bragworthy but at least more than a quick stroll).

Still, the peak has a number of things going for it:

After dropping my family off at the airport and reaching Beartooth Pass by mid-afternoon, I needed something that would take no more than a few hours and which would give me some conditioning for the higher altitudes at which I would soon be camping and climbing. Tibbs Butte did quite nicely for those things. 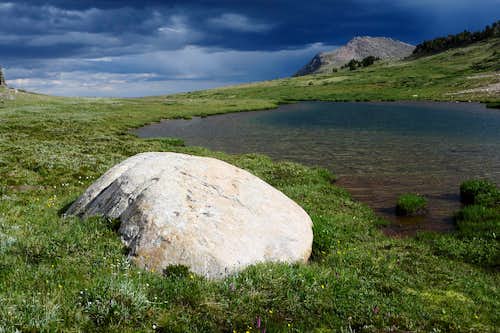 From either Cooke City or Red Lodge, drive U.S. 212, in this section called the Beartooth Highway and regarded as one of the most scenic roads in America. High above treeline and around 2 miles east of Beartooth Pass, park in a gravel lot on the south side of the road. This spot overlooks a pretty alpine lake (Gardner Lake) and Tibbs Butte as well. At this trailhead is a sign marking one end of the Beartooth National Recreational Trail. 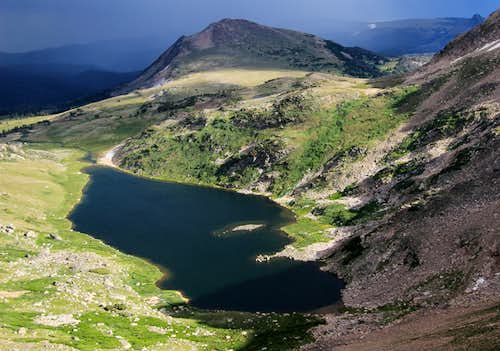 The first part of the "climb" is a descent to Gardner Lake. At the trailhead, the sign says it is 3/4 mi to the lake; that is the distance to the spot where the trail finally reaches the shore near the foot of the lake. Soon, cross the lake's outlet (difficulty will vary widely according to how wet the year has been and how late in summer it is) and then hike up to a trail junction about 3/4 mi from the lake. Note to backpackers and day hikers doing the Beartooth NRT. The sign makes it look as though one takes the left fork to reach Losekamp Lake, the next major destination along the trail. Do not. Use the right fork.
Take the right fork and reach a saddle after a few minutes. Now cross-country it south to the summit of Tibbs Butte, which is another 3/4 mi away. It is Class 2 or 3 depending on your exact path.
RT distance is 4.5 mi, with RT elevation gain of 1500'. 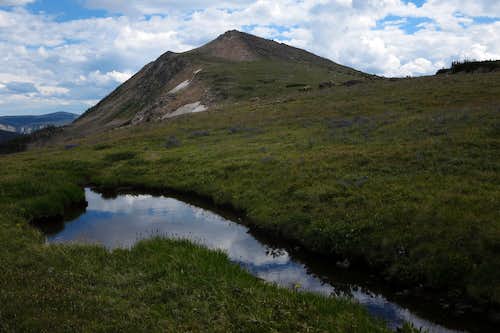 Tibbs Butte and an Alpine Pond 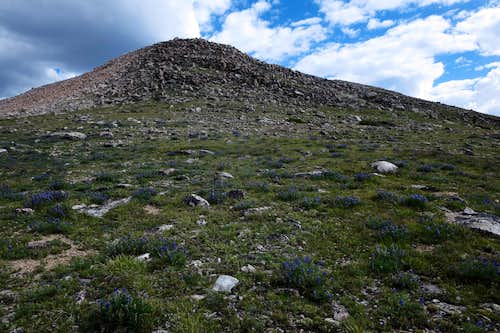 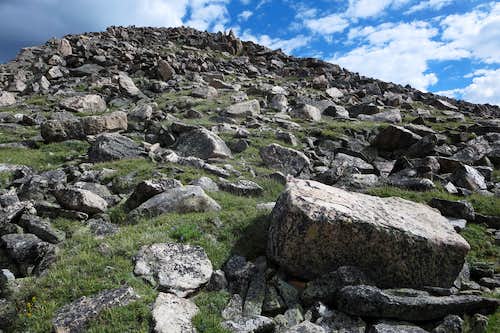 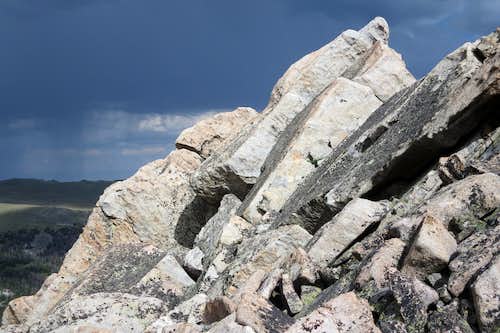 Nothing special. Note any posted regulations.

There are plenty of backpacking opportunities along the Beartooth NRT. The closest developed campgrounds are west of Beartooth Pass at Island Lake and Beartooth Lake. Neither takes reservations.