Ben Lomond stands at 3195feet/974metres and is peak number 184 in the Munro heights table. Located within Loch Lomond and the Trossachs National Park and situated on the eastern shores of Loch Lomond itself, the peak is the southern most Munro in Scotland. Due to it's proximity to Glasgow, Ben Lomond is probably one of the busiest mountains in Scotland. A fair weathered weekend can easily have in excess of 200 people scaling its bulky slopes. The translation of its name from Gaelic means Beacon Hill.

In the eighteenth century, having scaled Ben Lomond, John Stodd described it as 'a stupendous precipice of 2,000ft, exciting a degree of surprise arising almost in terror'. Also in the same century Colonel Thornton celebrated his ascent with a lunch that consisted of ptarmigan, moor-cock, smoked ham, and reindeer tongue that was then washed down with champagne that had been cooled in the snow. I think I just had sandwiches, a bar of chocolate and some juice but, hey I enjoyed it the same.

The summit is a fairly short, level topped ridge that offers fantastic views if you are fortunate enough to get a clear day. Views onto Loch Lomond, Loch Sloy reservoir/dam lodged in between the Arrochar Alps and beyond to the Crianlarich Hills with Ben More very distinct at the end of this range to name but a few of the sights to sit and admire.

Ben Lomond should take roughly 5 to 7 hours to complete depending on your chosen route of ascent/descent.

The best place to base yourself for climbing Ben Lomond is Rowardennan, however due to its proximity to Glasgow, there is a wide variety of accommodation available in the city and surrounding areas. 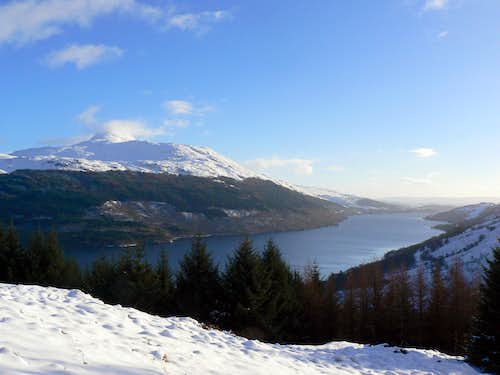 Wild camping is totally legal in Scotland and can be done in various locations close to Ben Lomond. This is due to the Land Reform (Scotland) Act 2003 that was mentioned earlier.

Please note that wild camping is now restricted on the eastern shores of Loch Lomond due to misuse/overuse in the area. Please see the following link

Ben Lomond is accessible all year round however, as you can get four seasons in one day in Scotland, care should be taken at all times.

The Southern Highlands by Donald Bennet 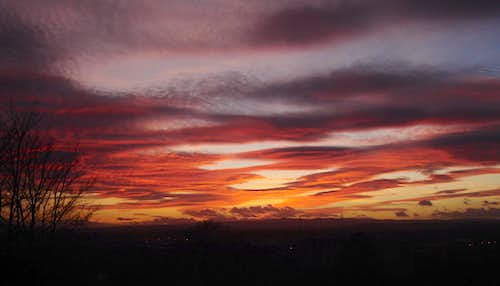