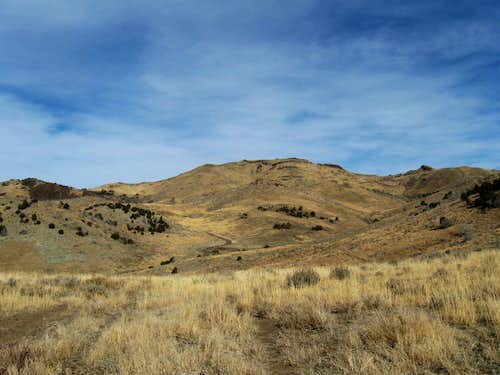 Buckhorn Peak from the south 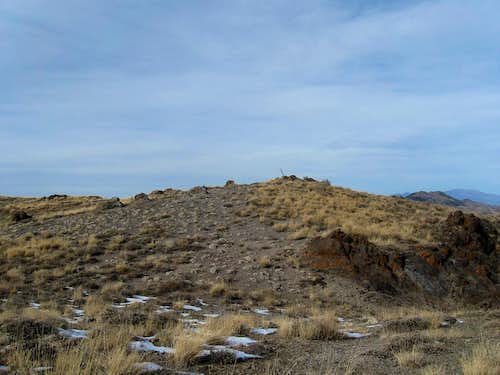 Located close to Tintic Mountain, a worthy companion to visit on the same day, Buckhorn Peak is one of those peaks that will never see much visitation so if solitude is something you crave, this one just might be interesting to you.
With a prominence of 540 feet, it does qualify for the above 300' of prominence list but mainly its value is to get you out of the door and off of the couch. There are so many peaks/mountains in Utah that this one can easily be written off as a non entity but yet, if you like to explore a bit and get off the beaten path, this one is a fun one to consider. It is as easy as you'd like to make it since with a high clearance 4WD vehicle you could drive fairly close to its western shoulder or you can make it a more interesting hike by parking near an old corral and heading up from there. So, as mentioned above, I'd certainly consider combining a hike up Buckhorn with a hike up to the top of Tintic Mountain, it'd make a good combo. 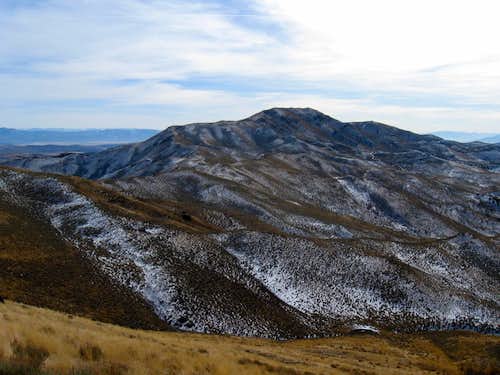 From I-15, take the exit 244 at Santaquin onto highway 6 and head west to Eureka and go through town to the intersection of highway 6 and 36 which is west of Eureka. Head south on 6 for over six miles (6.5) and watch for a dirt road (no sign) called Dennis Road on some maps and turn left (east). Go 1.4 miles up (Copperopolis Creek) hitting a Y intersection. Go left. (If there is snow, perhaps, it'd be best to try this another time) Follow for 2 miles crossing several creeks. At 2 miles is another split, this time go left and follow the road as it works its way northerly to an old corral and structure. The road continues on past but rapidly degrades and requires high clearance beyond the corral. The road, such as it is, continues on its way to a spot on the western shoulder of the mountain where you could probably park and hike from but a better way is to just simply park near the corral and hike up the road and then aim cross country for the summit.


Route and the summit

I found no benchmark(s) on this one but I did leave a register nestled amidst some rocks and a stick upright out of the cairn located on the highest spot. I felt the summit was just a great viewpoint and for me it was an enjoyable little hike. Overall distance from near the corral where I parked was about 2 1/2 miles and probably about a thousand feet of elevation gain. Actually I've posted no actual route here, it is easy to figure out and I enjoyed this one.

Since I posted this page, two others have visited this one. Jason Hardink in 2012 and ZeeJay early in 2015.

I believe that this is all BLM land but used by ranchers to graze cattle and sheep so be aware of the possibility of encountering either sheep or cattle.
There were no gates to open or close and I'd avoid the area during rainy weather as the roads might become impassable. 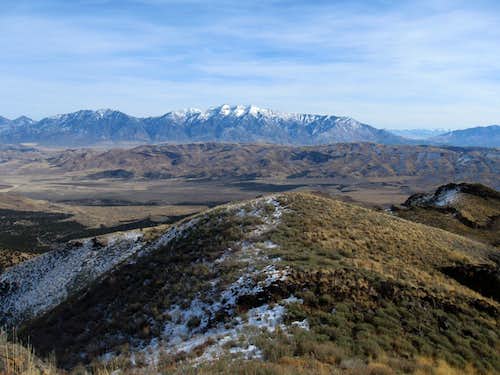 Mt. Nebo to the east

It is probable that you could find a few places to car camp but there are no campgrounds in the area. 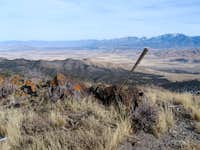 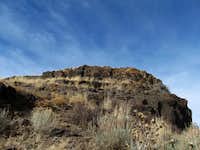 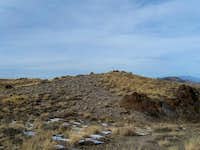 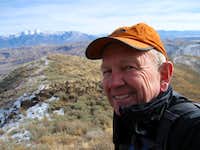 Thanks to Eric Willhite for his trip report on Tintic Mountain that made me aware of Buckhorn Peak. See Eric's Tintic Mountain page for a map to the area. Also see the map located on this List of John page.