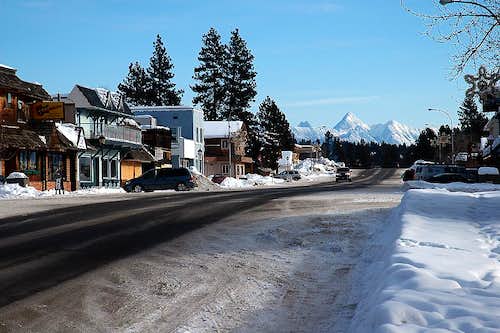 Mount Fisher as seen from Marysville

With almost 1000 feet of prominence above all that surrounds it, Mount Fisher is one of those peaks which beckons people to its summit upon first seeing it. Despite its official name, it is almost exclusively referred to as Fisher Peak by the people of the area, including in much of the literature put out about it. One might think that this could create confusion with nearby Fisher Peak in the Kananaskis area and Fisher Peak in the Blaeberry River Valley of British Columbia. However, if you are in the area of Cranbrook, British Columbia and you hear the name Fisher Peak, you must only look to the skyline to the east to have no doubt what it is people are talking about.

Mount Fisher is located in the southeastern corner of British Columbia, near the historic site of Fort Steele and the present day communities of Cranbrook, Kimberley, and Marysville. It is part of the Hughes Range of the Rocky Mountain Chain and overlooks the Kootenay River Valley/Southern Rocky Mountain Trench which divides the Rockies from the Purcell Mountains. From the summit of Mount Fisher, one is afforded exceptional views of both the Rockies and the Purcells, including distant peaks such as Mount Bisaro near Fernie and Crowsnest Mountain in the Crowsnest Pass.

Mount Fisher’s high visibility in the area makes it a very popular objective for local people and tourists alike. It could be said that it has almost become a rite of passage for some locals and may be the only summit that some people attempt. Because of its popularity, an early start is recommended and caution should be exercised anywhere rockfall is a possibility – especially in the steep gully leading up to the saddle south of the summit. It is very likely that inexperienced people may be on the mountain on the day you are there. If you are attempting to summit Mount Fisher and you lack previous mountain experience, please take every precaution to not dislodge loose rocks and boulders onto the people that may be below you. In the event that one should come loose, it is paramount that you yell “ROCK” to warn others that a rock may be coming their way.

Mount Fisher was named in 1915 in memory of Jack Fisher who discovered gold in nearby Wildhorse Creek in 1863. Its first ascent was made by A. Nichols and G. Lum in 1913. This well known mountain was further popularized when local resident Scott Niedermayer posed upon its summit with the Stanley Cup after his NHL championship season in 2000. Following the 2007 NHL season, the summit of Mount Fisher once again became the setting for Scott to pose with the coveted prize. This time with his brother and teammate, Rob.

The ascent up Mount Fisher makes for a beautiful day traveling through forest trail, over boulder fields, passing tarns and a waterfall, and all while taking in exceptional scenery, including the stunning views as you near the summit. An interesting note to the route up Fisher’s south face is its resemblance to the south col route up Mount Everest (of course on a much smaller scale). Local climber, Pat Morrow (of 7 summits fame), having climbed both Fisher and Everest, agrees with this comparison. The start of the trail covers some quite steep ground, which would most likely have been an icefall 10,000 years ago. The trail eventually leads into a flattened out basin west of the peak. From here a Western Cwm leads up to the south col. Using one’s imagination, the pinnacles to the southwest of the col can be pictured to be Lhotse and Nuptse. After ascending the south ridge, one final scrambling move is the “Hillary Step” that lies between you and the summit!

Mount Fisher’s summit provides a true pinnacle of a peak which can only accommodate one or two people at a time. It is one of the finest day outings in the east Kootenay area of British Columbia. 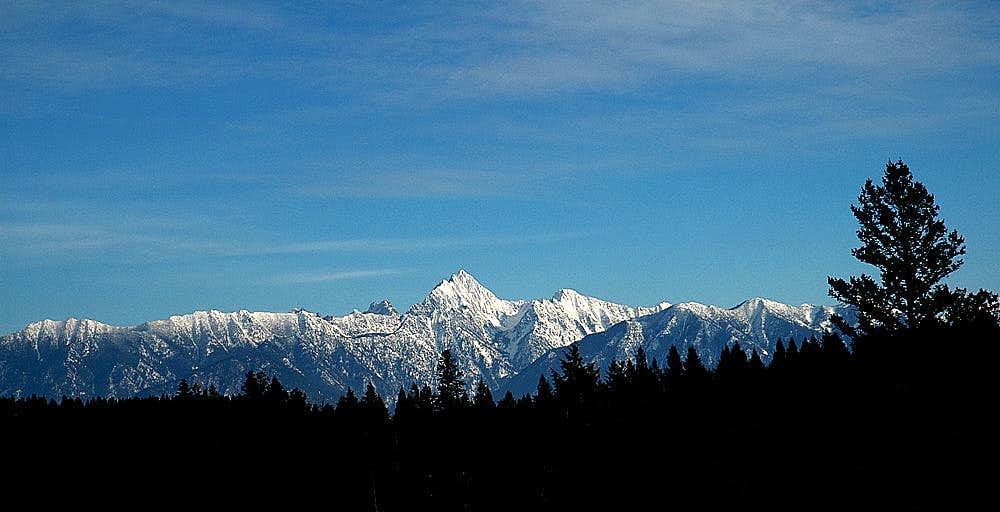 Getting to the trailhead of Mount Fisher requires a high clearance vehicle and, depending on road conditions, perhaps 4 x 4 capabilities as well. This is typical with almost everything in the area.

Cross a cattleguard and continue on the main road until the trailhead. About 1.5 km (0.9 miles) after the cattleguard the road becomes very rough, rocky, and steep in sections. There are also a number of graded water bars bisecting the road. Most guide books will tell you that the trailhead is at the 8 km marker on the road. I did not see this marker, however, there is an obvious trailhead sign on the left hand side of the road. Park on the opposite side of the road from the sign/trailhead.

Again, once you take the turnoff for Mause Creek Road, signs at the junctions will direct you to the trailhead if you watch carefully for them.

As Mount Fisher is not within any park boundaries, there is no red tape involved to climb it. Just park and climb!

The best season for climbing Mount Fisher is late June through September. Ascending in June may provide you the luxury of replacing some of the slogging up the scree with kick stepping in the snow. Janice Strong, the author of Mountain Footsteps – Hikes in the East Kootenay of Southeastern British Columbia, describes Mount Fisher as being ready when a single streak of snow remains unmelted in the upper cirque as seen from the highway.

There are many options for places to stay in the area of Mount Fisher. The closest is Fort Steele, where you can camp or rent a cabin. Nearby towns include Cranbrook, Kimberley, and Marysville. All have several options for accomodations.

Be prepared for weather conditions which can change quickly in the mountains. Wind may also be considerable on the higher parts of the mountain.

Geology of the Hughes Range