Pik Todo is the last nonglaciated summit in the range between the valleys of rivers Dzanajdartaka and Atdzhajlo. The range starts near the border post Bardoba (3520 m) with the unnamed peak 3650 m high covered by grass, continues with rocky range around the peak 4105 m and via Pik Todo finishing nonglaciated range. The first glaciated peak is Pik Nezametnyj (4657 m). 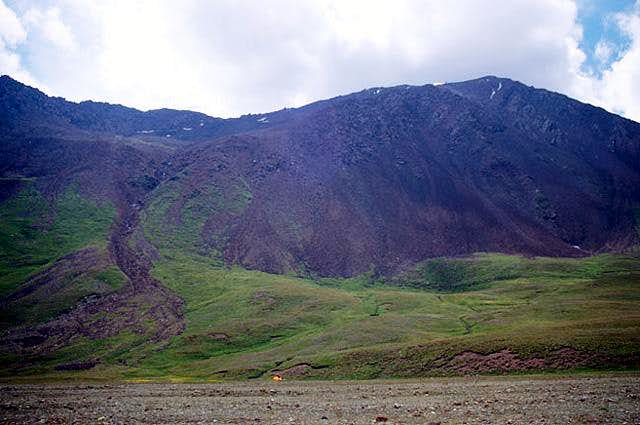 The area of Dzanajdartaka river and surrounding peaks are completely out of focus of climbers and trekkers. In comparison with hundreds of climbers and trekkers in the Pik Lenin area you do not find a human here. The reason is simple, just several tens of kilometres to the west is located Pik Lenin. Thus, as Pik Lenina is over 7000 m, none is interested in peaks between 6000 and 6684 meters lying nearby. There are many peaks, most of them believed unclimbed, that are suitable for routes of different grade.

The basis of Pik Todo is obviously steady rock, but all his slopes are covered with unstable stones and rocks. They are gliding down during the ascent and descent as the stepnees of the slopes are quite high. 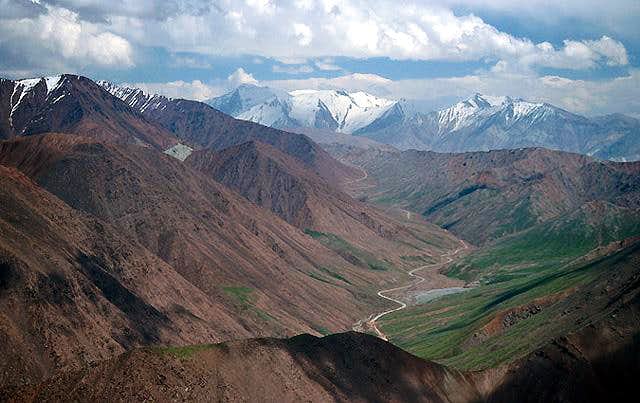 The reason for climbing this small peak (small in comparison with other higher peaks in the area) can be found in couriosity which's the situation in the Atdzhajlo river valley and Kyzyl-Art river valley leading under the border pass Kyzyl-Art (4336 m) between Kyrgyzstan and Tajikistan. 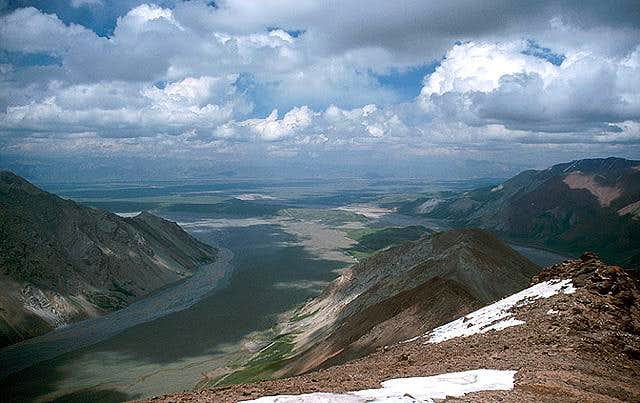 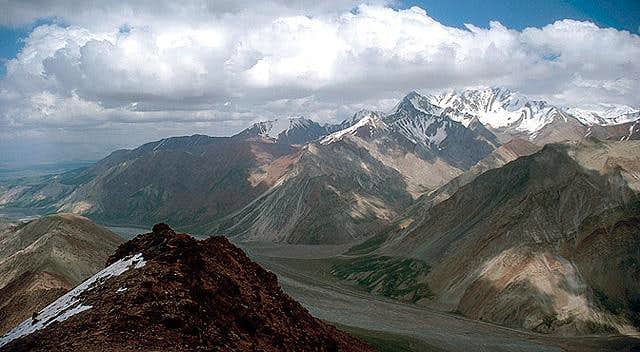 When leaving the Manas airport back to your home country do not be surprised, that for several companies the „leaving cost“ USD 10 is included in the price of air ticket, but for many others you have to pay this fee before registration to flight. Be also very careful with the weight of your luggage, as clerks weigh ALL YOUR luggage at once! And you have to pay at least USD 8 per kilogram exceeding over 20 kilograms. 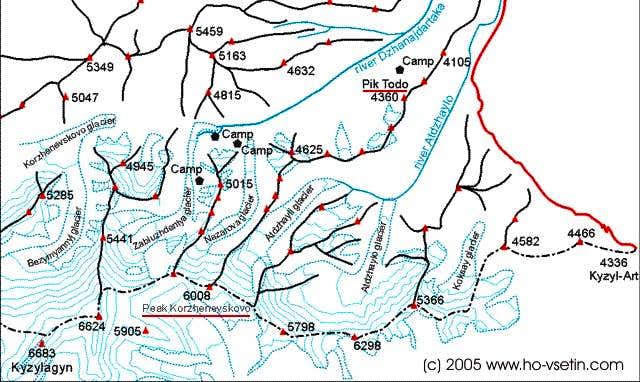 When To Climb & Weather Conditions

The mountain is climbable during all the year . However, the best weather conditions are from mid July to mid August. Possibility of heavy avalanches is increasing during the winter and spring as the steepness of the slopes is high. However, the winter months are very cold – the same like around Pik Lenina. really interesting can be spring months, as there remains snow cover and access from the M41 route from Bardobo border control can be very easy. Other advantage is clean water emitted by dissapearring snow fields.

Helmet is quite recommendable. All avalanche safety items are welcome during winter and spring.

In the main climbing season – mid of summer – you just need trekking poles.

First ascent: unknown. If you know something about possible first ascends feel free to add it!

UPDATE ABOUT FIRST CLIMBS!!! SP member Rybakov have declared, that he has climbed this peak 15 years ago. NO DETAILS about previous climbs. This peak is NOT UNCLIMBED any more! However, feel free to be the first to ski it down. :-) 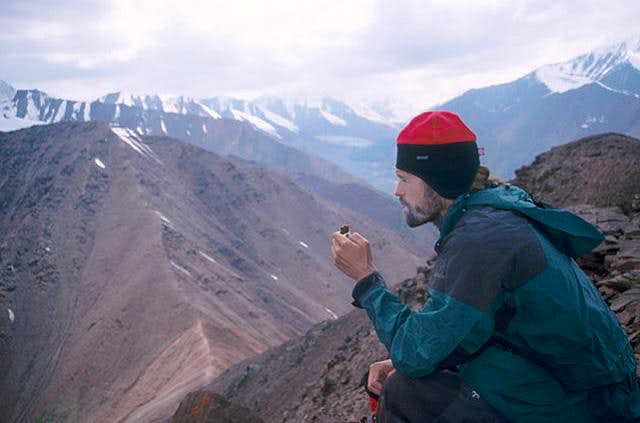 Pik Todo can be climbed from both sides of the range, i.e. valleys of Dzanajdartaka and Atdzhajlo rivers. All climbs are nontechnical and are of simple motivation: „Look at the peak, choose nice line, and climb it up“. The big trouble in non snow time is unstable surface composed by free stones and rocks that likes gliding down. 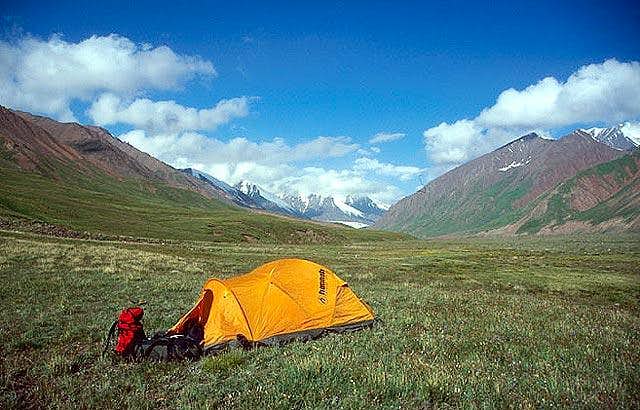 Please, do not leave any „marks“ after your staying here, let your camping site as clean as possible and take all your rubbish with you in lowland.