Drive up the mountain for 1.4 miles to the third pull out on the north side of the mountain. Park at the third pullout and walk down 20 yards (east) to the end of the guardrail where a trail will begin left through the rocks. Follow the climbers trail down to the top of the crag. At the top of the crag, you can either rap High Anxiety (two anchors, 80 ft) or you can go left (west) and scramble down and around to the bottom.

This triple roof route is another classic on Lower Mt. Scott. Although it has four bolts, some take trad gear to supplement. However, trad gear is not needed because the bolts are set so you can clip just before making the hard moves (roofs), thus being well protected. 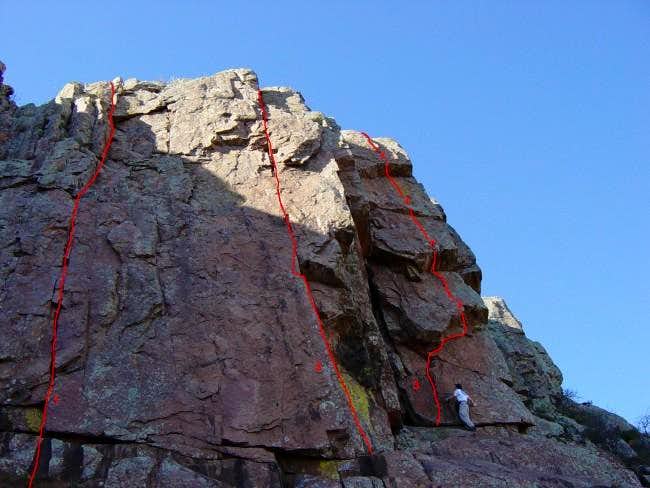 One 60 meter rope. At least four quickdraws. A medium cam for below the first bolt, and a set of stoppers or micros if you want to sew it up between bolts. Short runners with the draws to avoid rope drag. If top-roping, you will need two 20-ft runners to anchor around a boulder. Helmet.