Silver Peak is a mountain located in the central Cascade Mountains of Washington State, several miles southwest of Snoqualmie Pass. Appropriately named, the silver-colored appearance of the mountain's slopes can be seen from many miles away. With a non-technical standard route, location close in proximity to popular hiking destinations, and having a lot of prominence, Silver Peak has long been a favorite mountain for many hikers and peakbaggers. 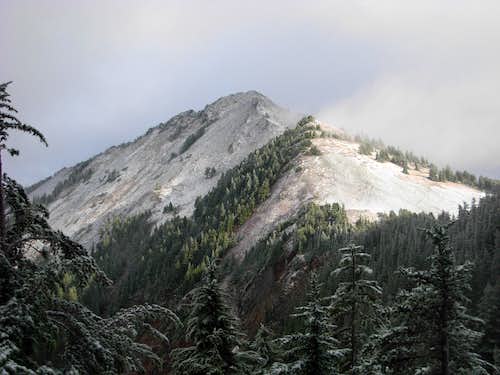 The Southwest Side Of Silver Peak

U.S. Geological Society (USGS) records show that Silver Peak was climbed by USGS member Walter C. Mendenhall in 1899, and then by Frank Calkins in 1902. Considering the straightforward ascent routes, especially along the south ridge of the mountain, it is very possible that other people had summited the mountain prior to those years. Unlike many peaks in the Snoqualmie Pass area, Silver Peak remains a popular hiking destination throughout each year, in many different weather and route conditions. During periods of snowcover, the mountain is also a popular destination for snowshoeing and skiing. 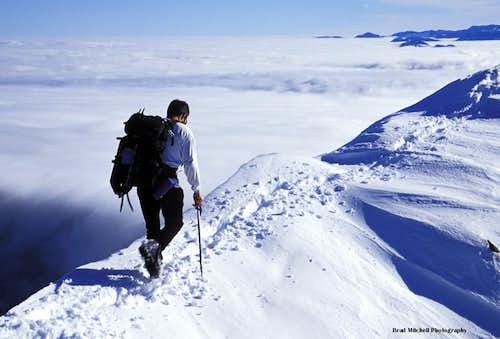 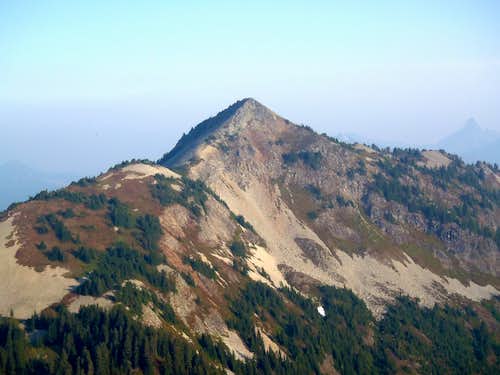 Southeast Side Of Silver Peak, As Seen From Tinkham Peak

The summit of Silver Peak offers spectacular 360-degree views. Nearby mountains, such as Humpback Mountain, Abiel Peak, Tinkham Peak, and Mount Catherine are seen. A little further away, peaks such as Bandera Mountain, Mount Kent, and McClellan Butte are seen. The summit also offers one of the better views of Mount Rainier from the I-90/Snoqualmie River corridor. 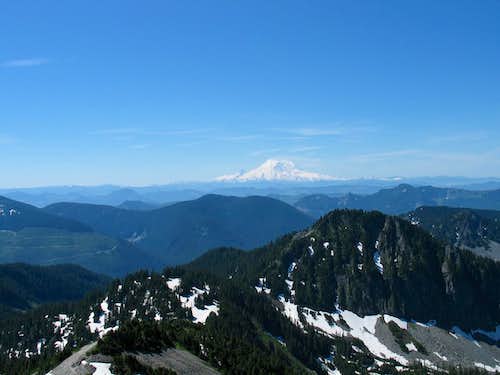 1) Drive east along I-90 to Exit 54 ("Hyak" exit).
2) At the first intersection (stop sign) located on the west side of I-90, continue straight (south). On the other side of the intersection, the road becomes known as Hyak Drive East.
3) As the road winds through the Hyak ski area and then passes a wasterwater facility, Hyak Drive East becomes known as Forest Road 9070.
4) Continue following Forest Road 9070 until its intersection with the Pacific Crest Trail (PCT). The PCT intersection is unmarked. However, for reference purposes, the PCT trail junction occurs approximately 5.5 miles from I-90, in a clearcut area at approximately 3800' elevation. The location of this trail junction is also known as Windy Pass.
5) Park on the side of Forest Road 9070 wherever available, making certain no vehicles block the road.
------------

For ascents via Annette Lake, which is the most common approach during periods when Forest Road 9070 is closed, please visit the "West Slope" route page. 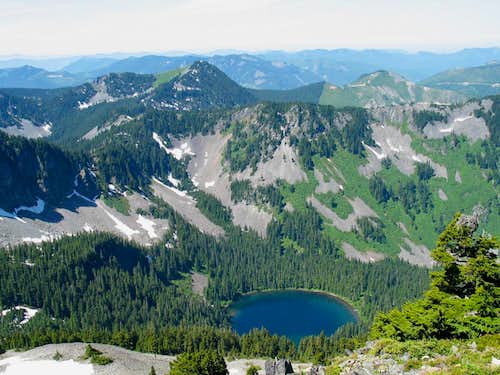 1) Hike south along the PCT for approximately 2.0 miles, until a faint trail leading uphill on the rightside (westside). The trail junction is unofficially marked, but a large cairn is typically at the location. For reference, the PCT sharply turns east a short distance beyond this forementioned trail junction. Another, more faint, trail might also be found approximately 100' further along the PCT in a small meadow (~4300' elevation), leading the same westward direction uphill. 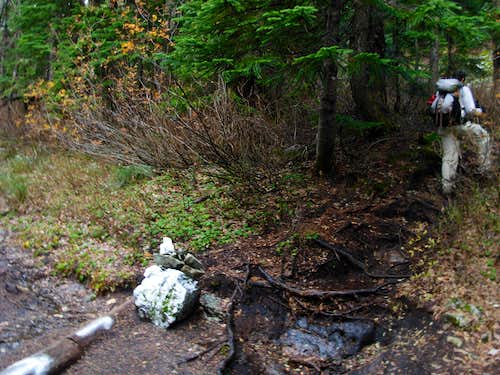 2) Follow the unofficial trail west for approximately 0.6 miles, until reaching a saddle (~4720' elevation) located between Silver Peak and Tinkham Peak.

3) From the saddle, turn right (north) and follow the trail to and up the south ridge of Silver Peak.
(NOTE: The southward path at the saddle mentioned above leads to Tinkham Peak.) 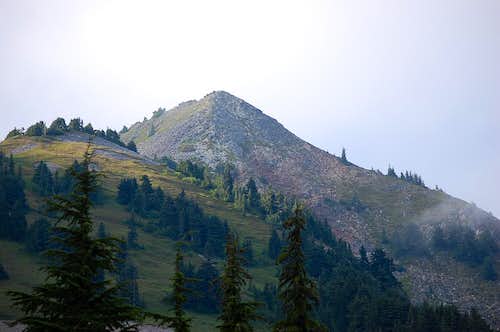 4) The trail traverses through forest and meadows, passing by a minor forested highpoint (~4900' elevation), before heading up the open talus south ridge of the mountain to the open rocky summit (5605' elevation). 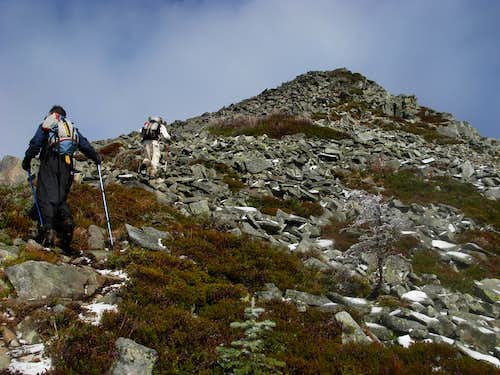 A Northwest Forest Pass (standard trailhead parking permit) is required to park at the PCT trailhead, as well as at the Annette Lake trailhead.

The PCT trailhead along Forest Road 9070 has very limited roadside-only parking. No restrooms/toilets are available at this trailhead.

The Annette Lake trailhead, in contrast, has a big parking area. Public restroom access is available at this trailhead. 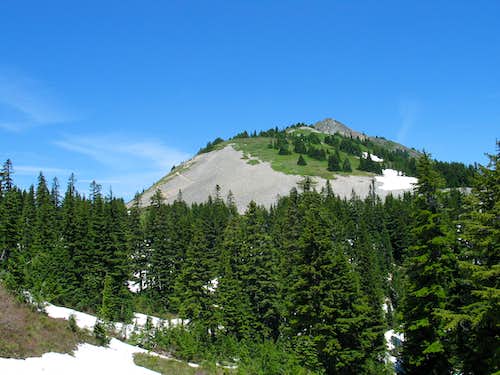 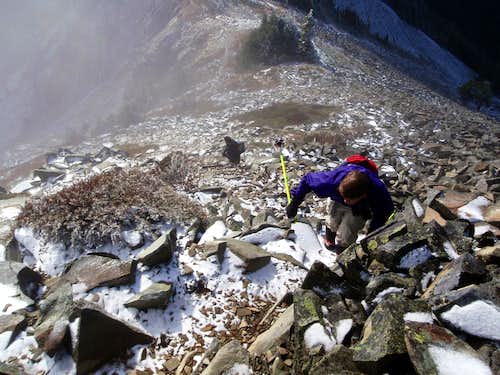 There are no campsites on Silver Peak, and camping on the mountain is not advised. However, designated campsites can be found along the PCT as well as near Annette Lake.

Take exit 47 to the Annette Lake trailhead. Follow the trail 3.5 miles to Annette Lake, then take a left up the mountain. There is no clear trail here, just stay North of the summit as you climb about 1 mile to the ridge. Follow the ridge to the peak. It is very steep, and avalanche danger must be assessed as you go.