Winter hiking in the Adirondacks

I escaped Washington D.C. on the Friday before the blizzard, stayed a night at the parent's house, and was in the Adirondacks by Sunday Night. I arrived at the Keene Valley Hostel to find numerous open beds, which made me happy. The weather forecast for Monday was glorious. No chance of snow and mostly sunny. Because of the nice weather, I decided to plan for Algonquin, Wright, and Iroquois, three peaks I have done in summer but have been eyeing for a while in winter. Three other gentlemen at the hostel were drawing up similar plans so we decided why not hike together.

We set off from the Keene Valley Hostel around 7 am and were at the ADK Loj by 7:30. Stopped to snap a couple of photos on the road. 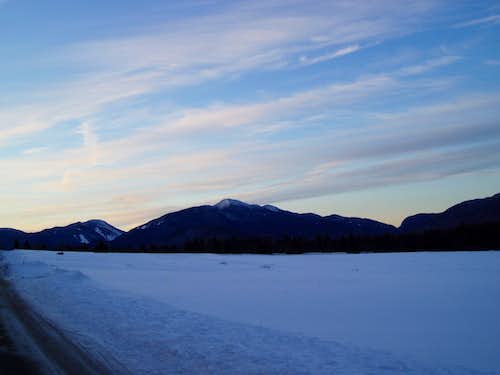 We signed in at the register and headed towards Wright. The temperature felt cold, but bearable, somewhere in the neighborhood of 15 degrees. I had been planning this trip for several months and as I settled into a hiking groove I really started to enjoy myself. We made it to the Wright junction rather quickly. The trail was packed good and travel was easy, with very little ice. We decided to head for Wright peak first. 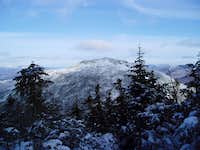 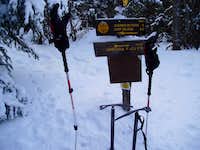 The trail was well packed up until the tree line, snow depth appeared to be at least 2-3 feet. As we proceeded above the treeline conditions became much more difficult. Winds were easily gusting to 40 mph and much of rock was blown clean of snow or was icy.

It probably would have been easier to switch out of snowshoes into crampons, or to just bare boot it, but it was cold and we opted to continue without switching. I stopped to put on my face mask and goggles. We made a couple of zig zags but ended up on the summit without incident. Conditions were cold and windy, but the views were stunning. 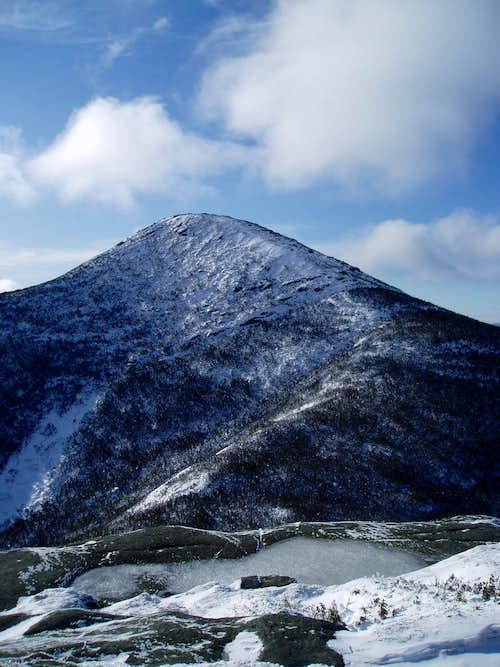 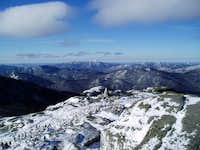 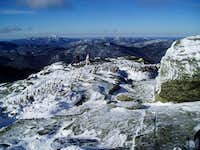 We stuck around the summit snapping some photos and relaxing until we got cold and then proceeded down to the junction. From the junction it was on towards Algonquin. It was quick up to the treeline. Above the treeline conditions deteriorated as we neared the summit. Wind was approaching hard to stand levels, and I would guess that the wind gusts were nearly hurricane force. The trail was in decent shape and we made it to the summit and quickly snapped some photos. We considered heading to Iroquois but decided with only a few hours of daylight left it was probably best to head back. The descent was enjoyable with some pretty fast glissades. We made it back to the car around 4. I snapped another photo on the way out as the sun was setting. 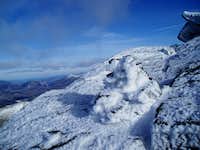 Nearing the summit of Algonquin 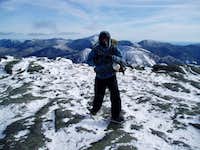 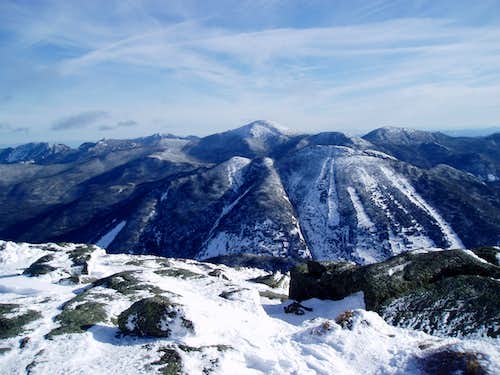 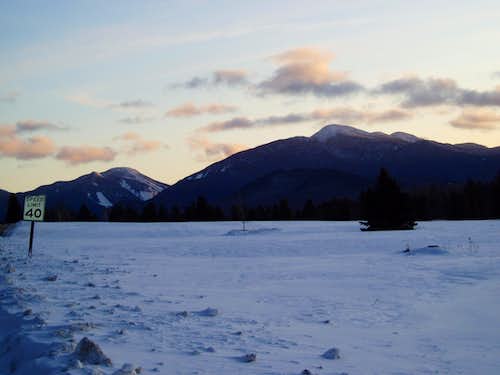 I met up with 3 hikers at the trailhead from ADKhighpeaks.com. This worked out well because the Sewards are a fairly remote range, certainly less traveled than the central high peaks. It is not a range I would venture into alone during the winter. It was cold, and as I began hiking I realized it was much colder than the day before, probably below zero. It took an hour and a half of hiking before my toes warmed up and were comfortable. Around this time we left the main trail and turned onto the herd path that would lead us up to Donaldson. It was cold enough that stopping for more than a minute or two was uncomfortable.

Because of the cold, I did not do my usual frequent snacking. I should have packed some snacks in my jacket for quick access but I did not and did not eat anything for the first few hours. I could feel my blood sugar level lowering and I felt quite tired as I ascended Donaldson. My hiking partner was moving at a fast pace and I could no longer keep up. I decided it didn't matter how cold it was or how far behind I got, I was going to eat. A peanut butter and honey sandwich, nuts, water, and hot chocolate provided an immediate energy boost. As I neared the summit of Donaldson my enjoyment level increased. The trail was broken out the day before by a large group, thankfully, and was easy to follow. Snow depth was easily 3-4 feet. 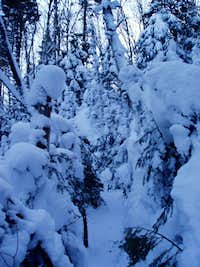 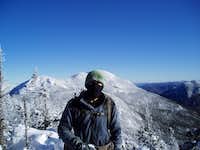 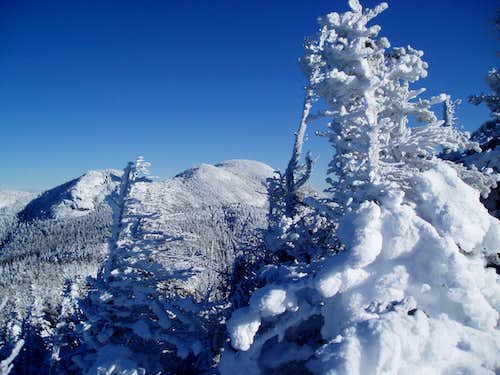 The summit of Donaldson was beautiful on this perfect bluebird day. My fun level was skyrocketing. We decided to head over to Emmons first, and hopefully hit Seward last and descend down the back side. The trail to Emmons was also broken out but featured some low clearances and a couple of tight sections. We made it to Emmons and back to Donaldson in about an hour and a half. I was feeling great, another quick snack and then it was off to Seward.

The trip to Seward was a little more difficult than Emmons with quite a bit of low bridges and tight spots, but the conditions were awesome. The trail was broken, the sky was as blue as I have ever seen it, and everyone seemed to be really enjoying themselves. We made the summit of Seward but found the trail going down the backside was unbroken. We decided instead of breaking trail to head back to Donaldson and down again. So what if we climb Donaldson a 3rd time? The trip back to Donaldson was tiring but from there it was basically all downhill. We made it back off the herd path by about 5 and hiked out the last 3.5 miles with headlamps, arriving at the trailhead around 6:30. 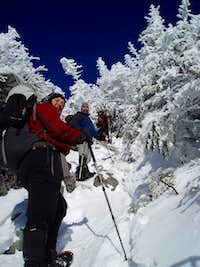 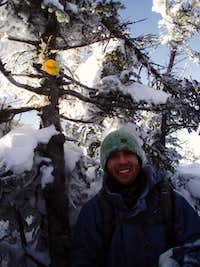 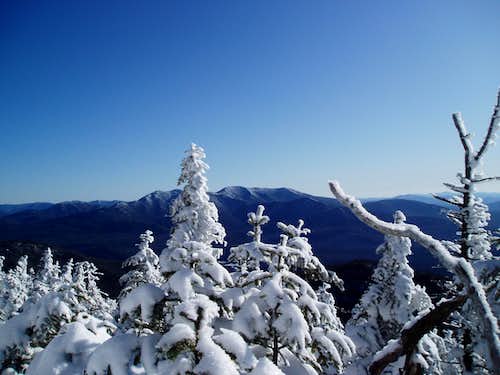