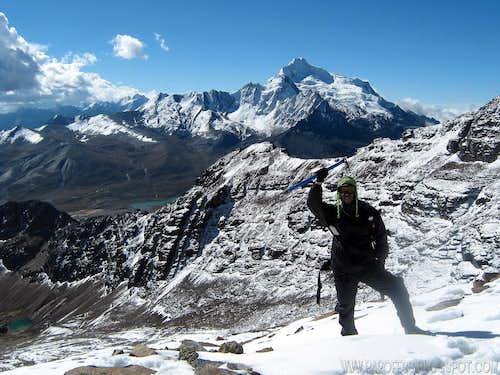 This page will be maintained in honour of Paulo Roberto Felipe Schmidt, the member we all used to know as Parofes, passed away on May 10th-2014. 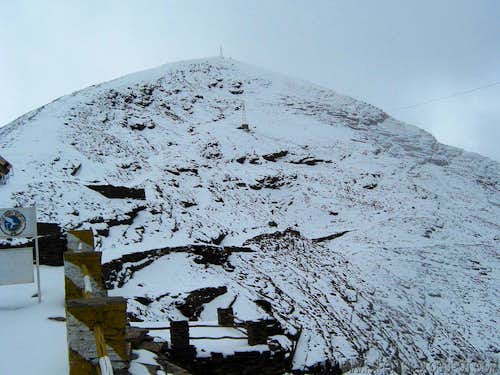 From the andean club.

The glacier was located about 30 kilometers from La Paz, near Huayna Potosí mountain. It has been claimed that this was one of the glacial ranges to decrease markedly in size due to climate change. Whether the meltdown was caused by global warming or a natural variation in the local climate around Chacaltaya is still a point of debate.

I was lucky to find some snow up there last year, if you go now, maybe you wont be as lucky as me.

The glacier on Chacaltaya served back in the day as Bolivia's only ski resort. It was the world's highest lift-served ski area, the northernmost ski area in South America as well as the world's most equatorial. The rope tow, the very first in South America, was built in 1939 using an automobile engine; it was notoriously fast and difficult, housed in the site's original clapboard lodge and is now inoperable.
The road to the base of the drop is reached by a narrow road, also built in the 1930s. Traditionally, due to the extreme cold weather, the lift operated exclusively on weekends from November to March.
As of 2009, skiing is restricted to a 180 m stretch that sometimes receives sufficient snowfall for a run during the winter. The mountain is also popular with mountaineers in aclimatization process, as the road stops only 95 vertical meters from the summit. 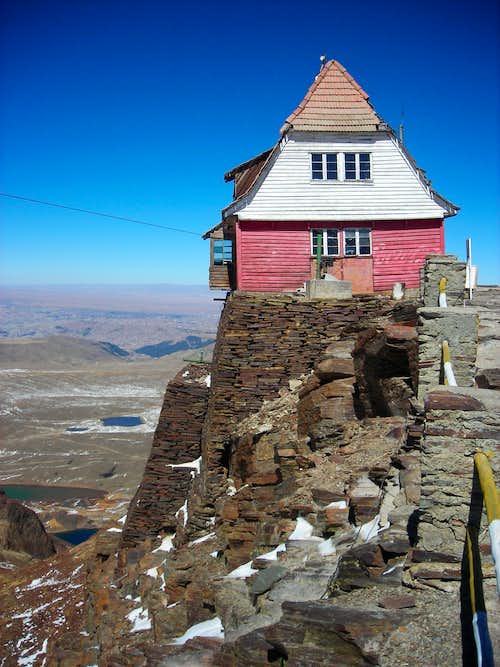 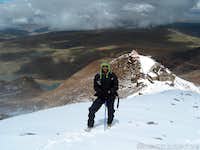 Take a taxi from La Paz to the andino club.


If you go with your own car, go up to the highest part of La Paz, ask for directions to Chacaltaya, everyone knows, it is quite easy to get there.

The user thexcat left me an important information about transport to the mountain:

"Buses to Chacaltaya
Nice page! For some reason, the Chacaltaya page was taken down several months ago. Good to see it is back up