Overview of the Refugio

In the Huesca region of Aragon, in the Posets - Maladeta National Park, deep in the Ball d'Estós many kilometres from the nearest road resides the Refugio de Estós.
The hut is guardianed (Nando and Dani in 2008) throughout the year and has space for 115 people. All meals can be provided including packed lunches if required.
Located at an altitude of 1895 metres with outlooks up and down the valley it is a beautiful setting for many outdoor activities. For the mountaineer, it offers an ideal base for ascents of Posets and Perdiguero.
The patio outside the refugio offers plenty of space for soaking up a few sun's rays in early evening whilst waiting for dinner and the views are simply gorgeous.

The hospitality to be found at the Estós is second to none (apart from one of the dogs who took a dislike to my walking poles! or maybe it was just my smell.). 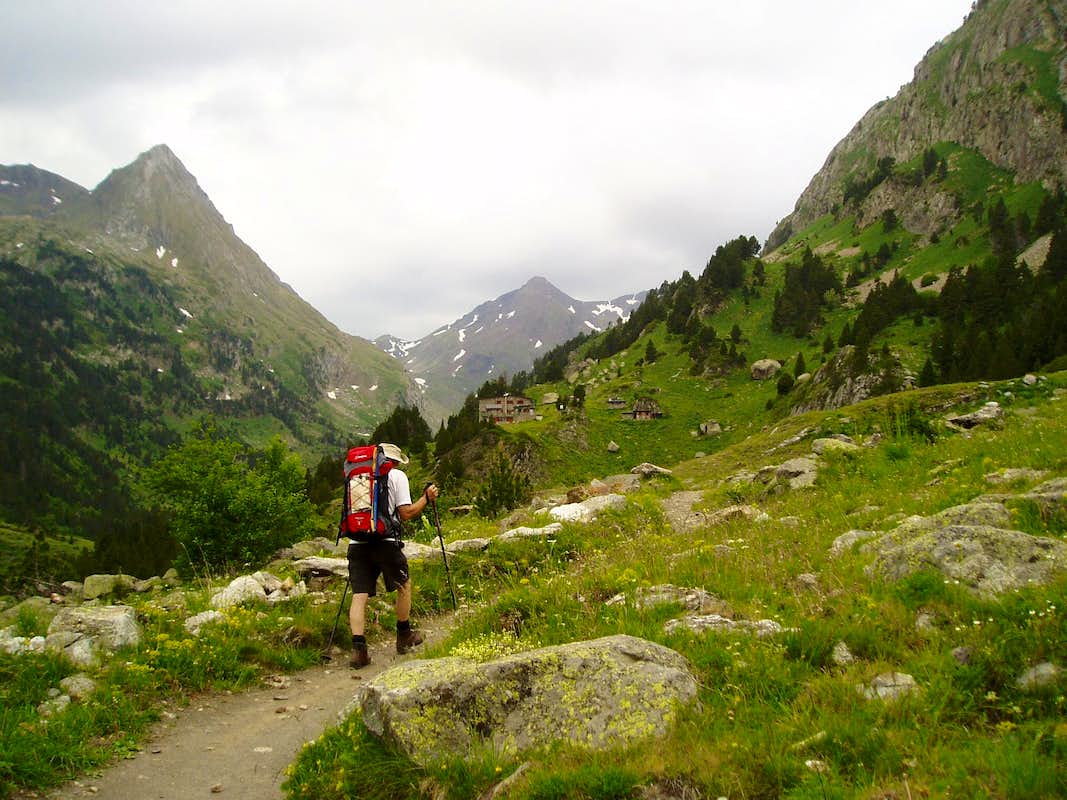 Nearly there! - following the GR11 in the Estós valley
There are three main ways to arrive at the Estós refugio from the Benasque area, all of these requiring a long walk. The shortest way is via the GR11. Take the A-139 road in Benasque that runs north-east up the Ball de Benas until you reach the site of Camping Aneto (1314m.) on the left hand side of the road.
Inside the site entrance is the Puente Neuvo de San Chaime, an old stone bridge that crosses the Rio Esera and is the route of the waymarked path GR11. Follow the GR11 through the Estos valley and you will arrive at the refugio (1895m.) in about two and a half to three hours for the 11Km walk.

The second way is even longer as it starts from Eriste (1118m.) which is 3Km. south of Benasque. Go into the old pueblo and through the narrow streets towards the north and a waymarked path will be found leading up the Ball de Grist. This is the PR11 and it leads up through a thickly forested valley to the refugio of Angel Orus (2100m.) after 7Km. This is not quite halfway. From the refugio follow the GR 11.2 path to the north past the Cabana de Llardaneta, over the Collado de la Plana (2702m.) and descend into the Estós valley past the Ibones de Batisielles. Here, the path runs above but parallel to the GR11, contouring round to cross the Rio de Estós by a bridge and then dropping downhill and back down the valley for a short distance to the Estos refugio. 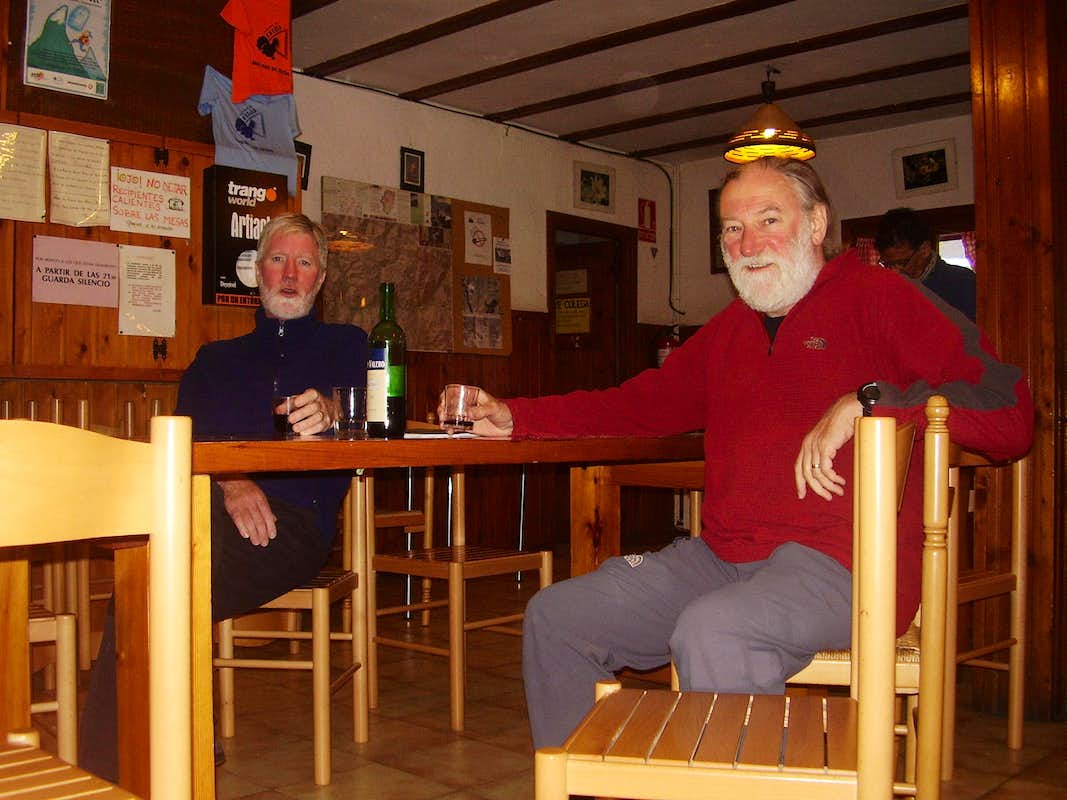 The third way is the longest and is generally done as a tour of the refugios. Taking the same route as the second option, the trail then takes the GR11.2 in the oppostite direction from the Angel Orus refugio. The path climbs up to the north west via the Ball de Llardeneta to the Collado de Eriste (2860m.) Then go down into the Ball de Ribereta to the Biados refugio (1740m.) after 9Km.
(This refugio is now privately operated - Johnnie September 2011)
From the refugio the trail goes up the Ball D'Anes Cruces to the Puerto de Chistau (2577m.) and then drops down through the Barranco de Estos to the Estós refugio, a further 10Km, making the whole trip around 26Km. In view of the the distance and height to be gained this is probably going to be too much for a day trip and an overnight stay at the Biados refugio would be sensible.

It is also possible to reach the Biados refugio from the south. The road head at San Juan de Plan is reached via the A 138 road either from Barbastro or via the Tunel de Bielsa from St Lary Soulan in France (D 929).

It is always wise to telephone ahead before your visit to check availablity of accomodation and to book your dinner if required (normally served at 7:30 pm).

For infomation concerning all of the other refugios in the Benasque area including addresses, telephone numbers and tarifs, use the local Mountaineering Federation website:
Federacion Aragonesa de Montanismo

For information about the National Park itself, use their website: Parque Natural Posets Maladeta
Alternatively visit the Tourist Information Office in Benasque.

Hi Rafa, it's good that we can reserve places on-line now, thanks for the info. I was sorry to see that the Biados refugio had been taken off the FAM list but it seems like it is still operating? cheers Johnnie