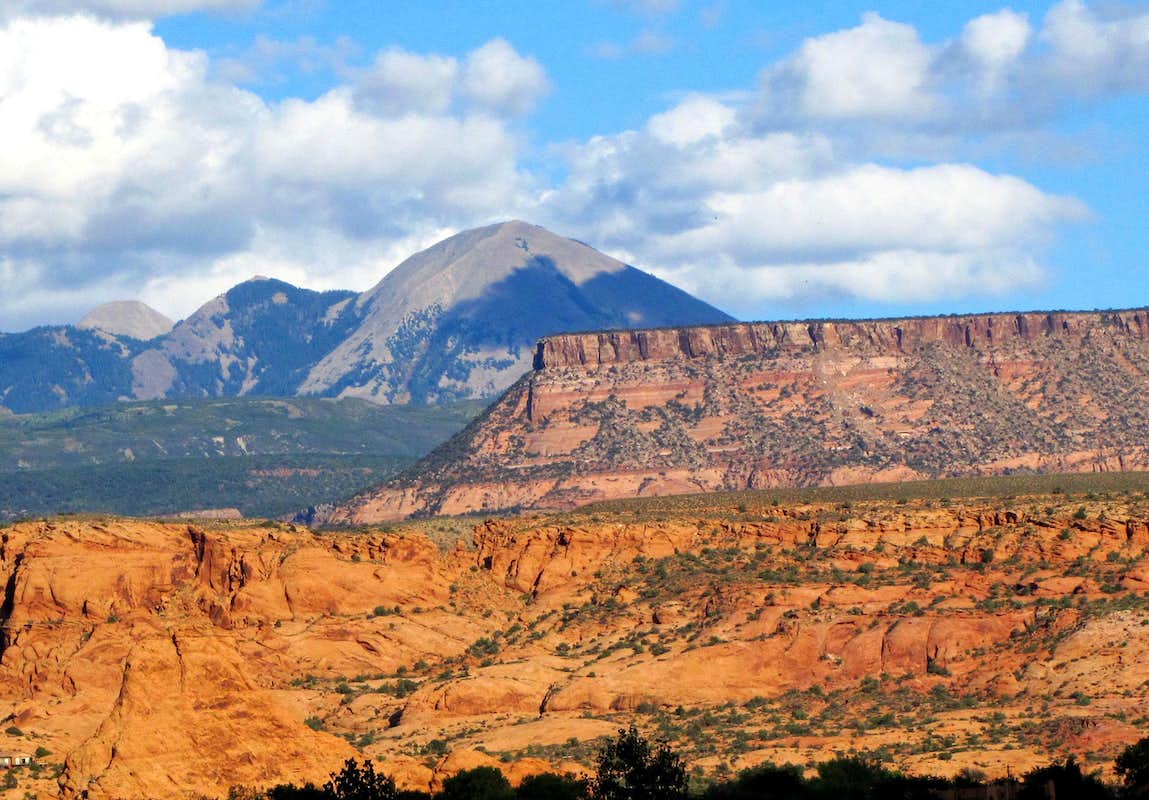 La Sal Mountains have twelve peaks that rise above 12000 ft. At 11641 ft, Haystack Mountain is not one of the highest peaks of the range but the fact that it sits at the western edge of the mountains makes it appear as a prominent peak when viewed from the town of Moab. 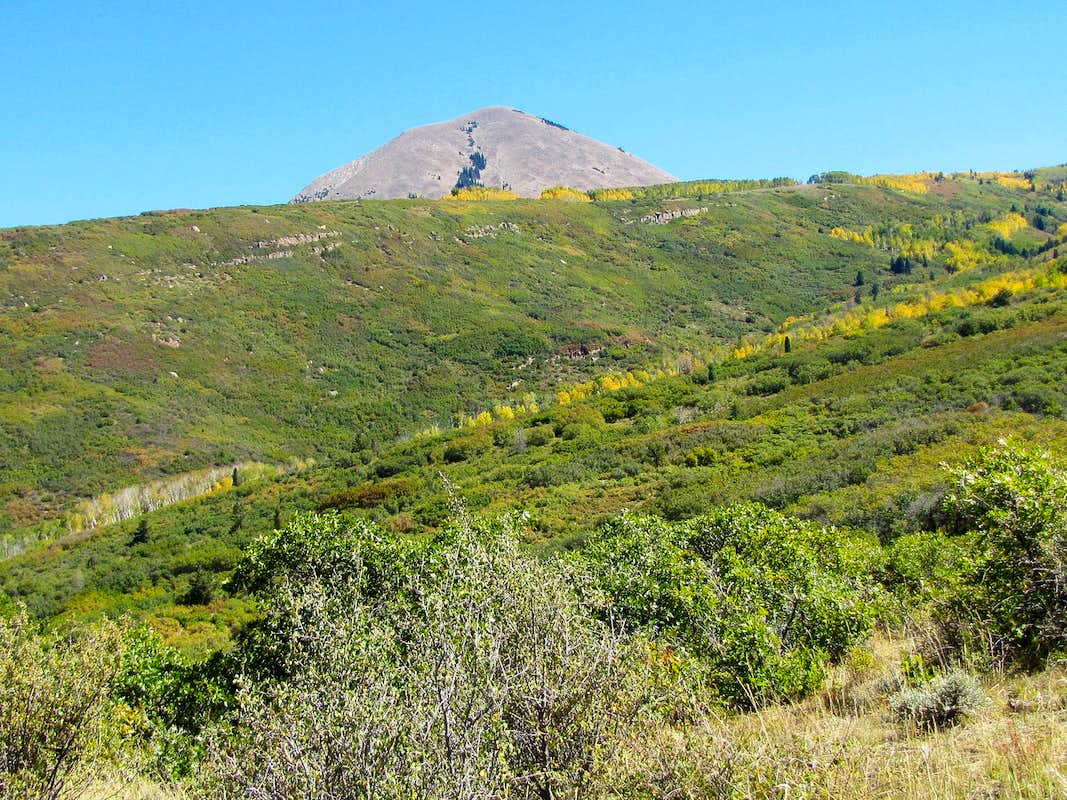 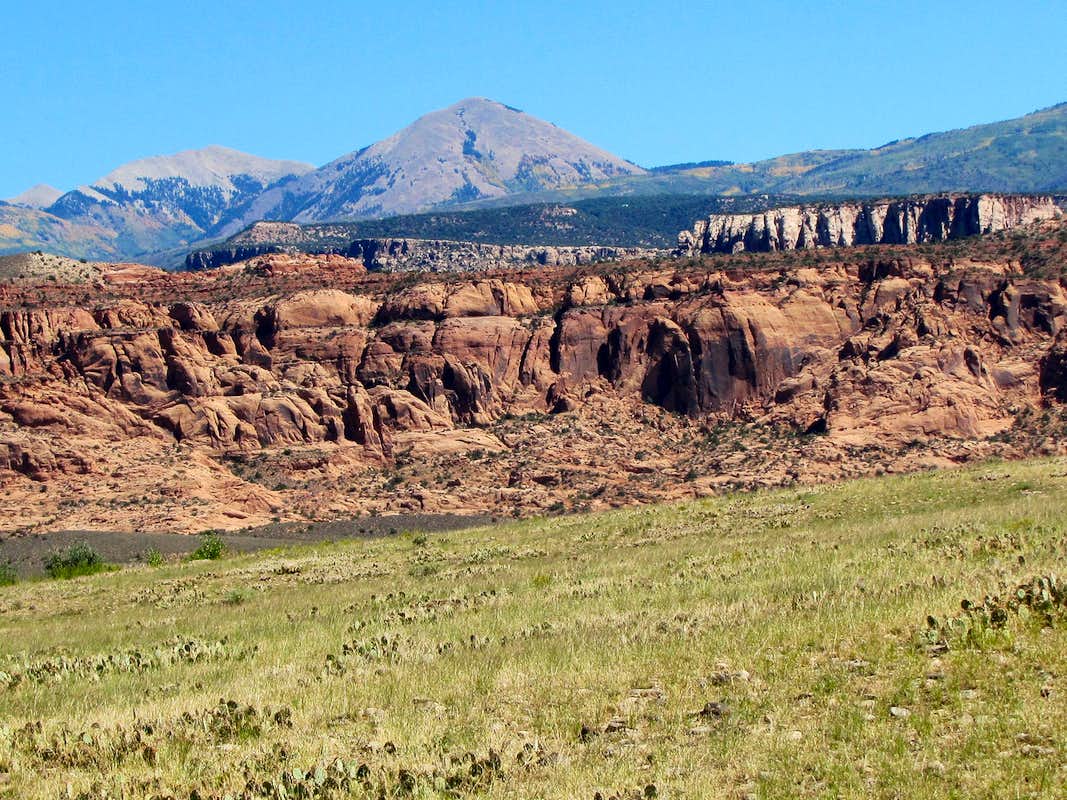 From downtown Moab follow Route 191 eight miles south to a connecting road on the west/left at mile marker 118 (You may see signs for La Sal Loop Road). Turn left on this road. After half a mile, turn right/south on Spanish Valley Drive. This road will eventually become La Sal Loop Road. After 20 miles from Moab, turn right onto Geyser Pass Road; a dirt road that is passable by most vehicles. At 28 miles from Moab, you reach Geyser Pass. Parking is available at the pass. At geyser pass, I was surrounded by trees with no view of the mountains. Hiked a very short distance east on the road and turned left onto a 4 wheel drive road. Saw a signed trailhead for a trail coming there from Oowah Lake. The road split again. Right went downhill to Burro Pass. I knew that aerial photos had shown that the road straight went a short distance up Burro Ridge and dead ended in the forest. I now had a view of Haystack Mountain to the northwest. Left the road and hiked a grassy area between Aspen forest to the left and Spruce Forest to the right toward Haystack. Free roaming cattle were everywhere. Mt Tukuhnikivatz & Mellenthin were visible to the south. Mountain slopes and red canyonlands were seen to the west. I then reached a spruce forest and had no choice but to enter this forest bushwhacking my way toward Haystack. Fallen trees made the progress very slow. Once I exited the forest after 20-30 minutes, I was at the base of the summit of Haystack. Base of the summit

There was nothing but steep debris field all the way to the summit. To my delight, the debris felt pretty stable despite the very steep slope.