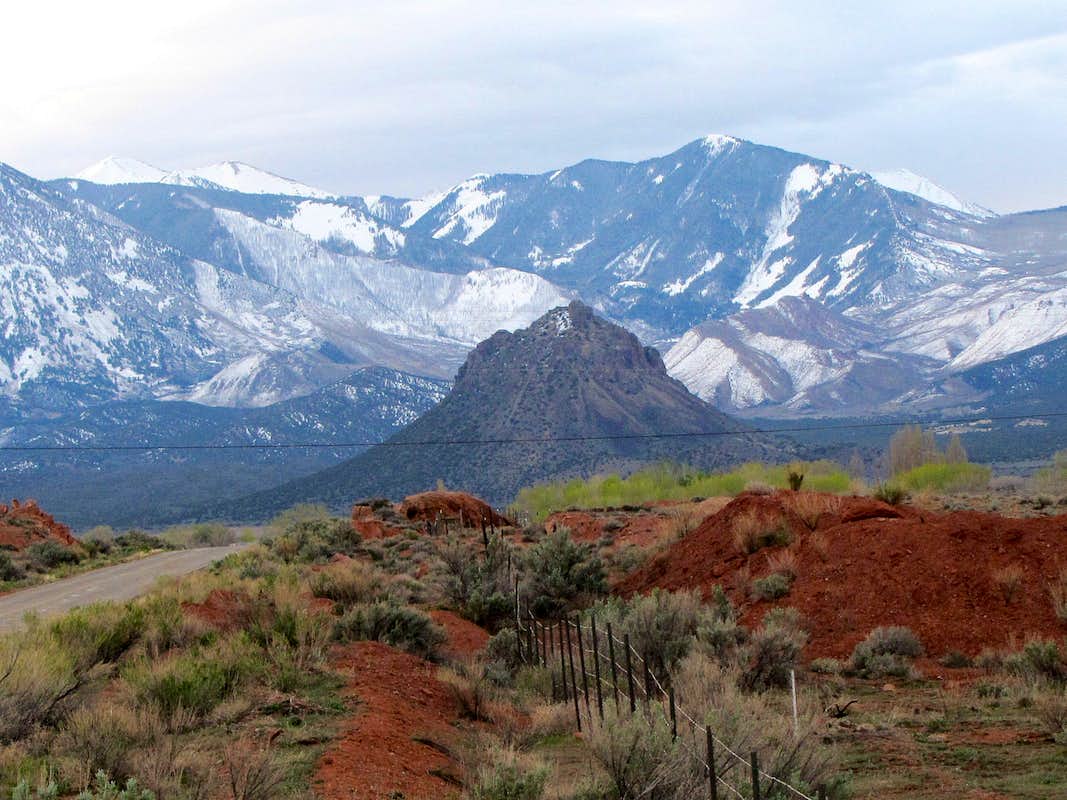 From the junction of Routes 191 and 128 to the north of Moab, drive 15.5 miles east on Route 128 and turn south onto Castle Valley Road. After another 7 miles on Castle Valley Road, you will find the Round Mountain dirt road. This road was actually not signed and I saw other dirt roads in the area so it became somewhat confusing. That was why I decided to just hike the valley floor to reach the base of the eastern slopes of Round Mountain. The Path That I Took

East face of Round Mountain from the valley floor. The eastern walls of Castle Valley. The formation known as Castle Rock plus Priest and Nuns. One of the two dry washes on the valley floor that I had to cross. At the base of the eastern slopes of Round Mountain. Looking down the gully I climbed. I then had to descend a short distance down the west slopes to go under a cliff, then followed the easy spine of the mountain north to reach its summit. Views from the summit of Round Mountain. Summer can be too hot and winter too cold. Spring and autumn are the best seasons.