The Kreuzeck Group is situated in the south of the National Parc Hohe Tauern, witch is the biggest nature parc in the Eastern Alps., between the valley of the Drau (Drava) and the valley of the Möll. This group isn't as fameous as the major groups of the parc :

The following 3 groups are just like Kreuzeck Group relatively unknowned : 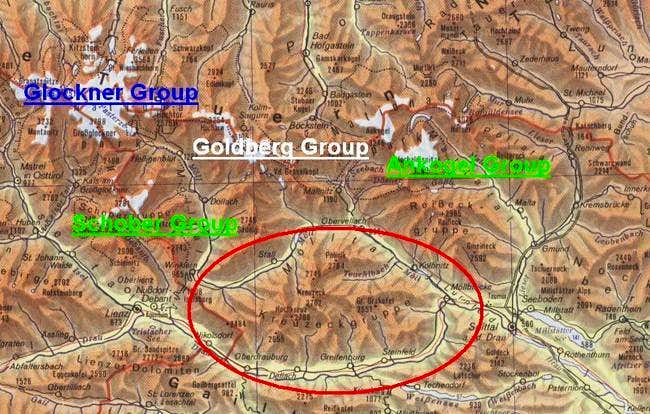 This map is active, just go over it to see the names and links to other Groups

Some of the major mountains in the Kreuzeck Group are :

Trekkings to other huts are :

Trekkings to other huts are :

-For most of the summits are good hiking shoes the only thing you require, but if you want to climb the highest and steepest mountains of this group or you want to do one of the trekkings, than is a bit of rope and a harnass no luxeury. But with some good working brains and some experience you also can come far.

No red tape, for all the mountains and trekkings in this group.