Mount Glory is located in the Teton Range less than 1 mile north of Teton Pass and close to the towns of Wilson and Jackson Wyoming. Mount Glory has two summits. The northern summit is at 10,032'. It's southern, higher and more popular summit is at 10,086'. 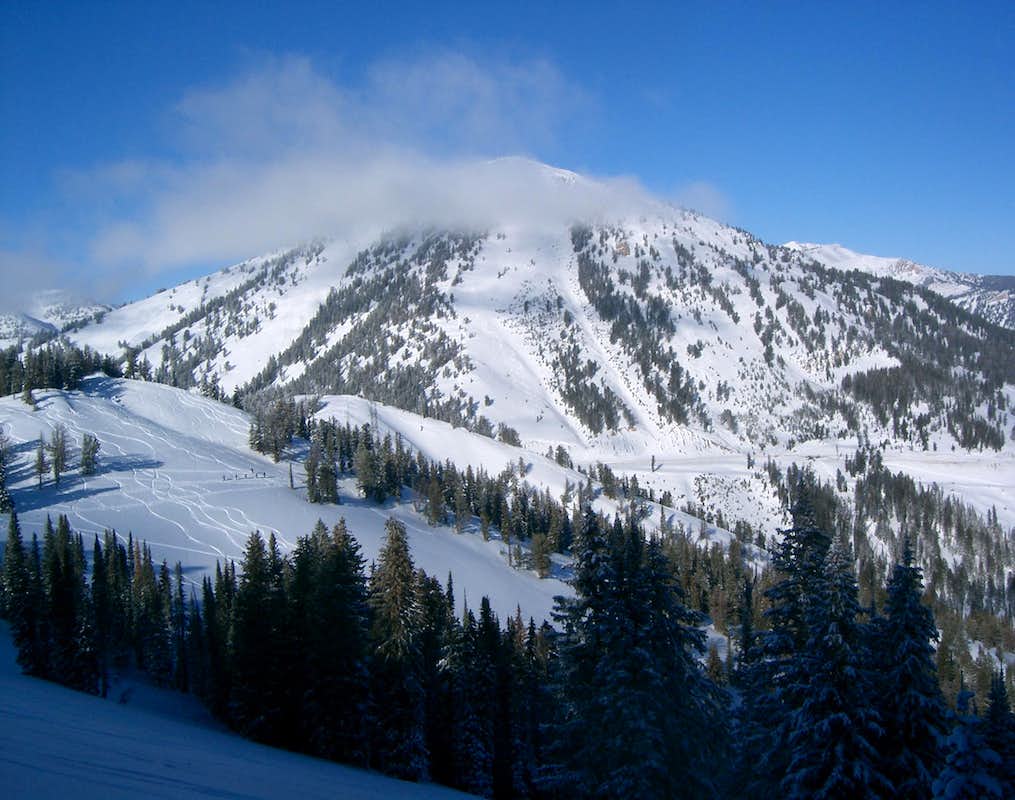 Mount Glory from the south.
Mount Glory is the 1063rd highest peak in Wyoming and the 454th highest 10er in the state.  The summit provides great views of the Taylor Mountain, northern Tetons, Idaho and Utah. Mount Glory lies on the southern end of the popular Teton Crest Trail, which continues north to the Grand Teton National Park. Mount Glory also provides a popular launch site for paragliding and a plethora of ski descents. Despite Mount Glory's popularity, avalanches are very common. Perhaps the most popular ski descent route is the 2,000 vertical foot Glory Bowl on Mount Glory's southeast face. 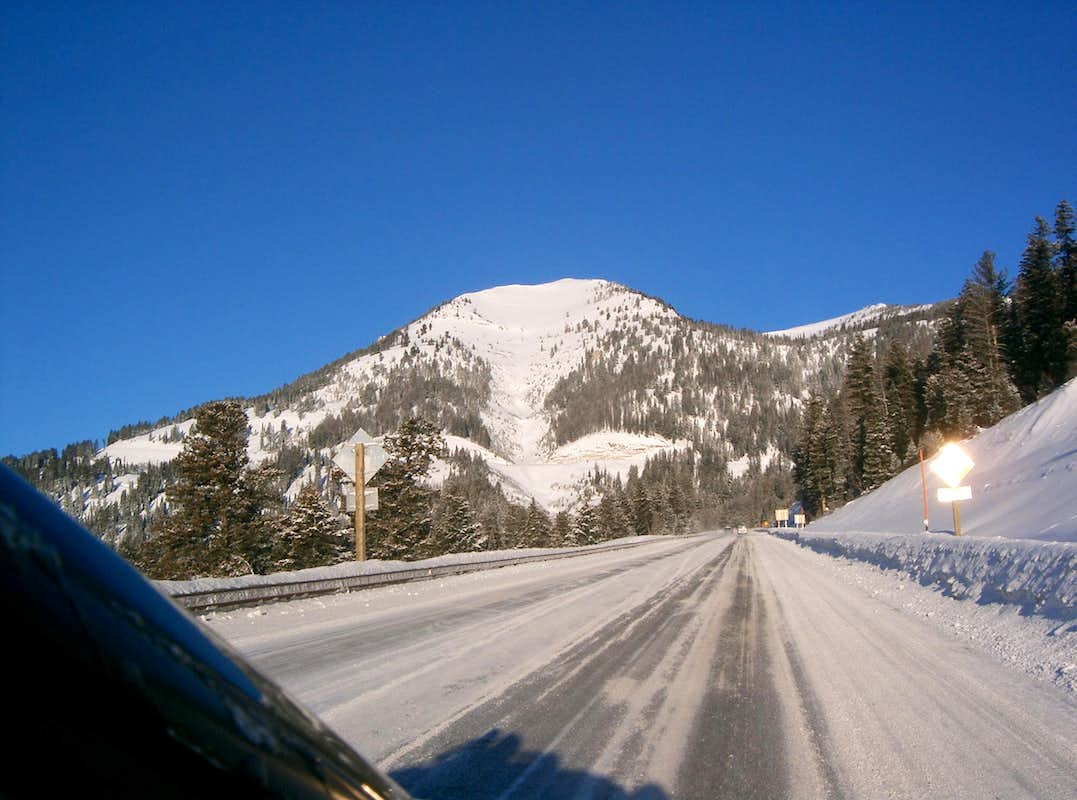 Mount Glory's Glory Bowl.
The first recorded ascent of Mount Glory was done by Orestes St. John et al. on July 4th, 1877 and is likely the reason for naming of this mountain after Old Glory.  Orestes St. John was a geologist for the Hayden Survey and Mount St. John, also located in the Tetons, was named in his honor. 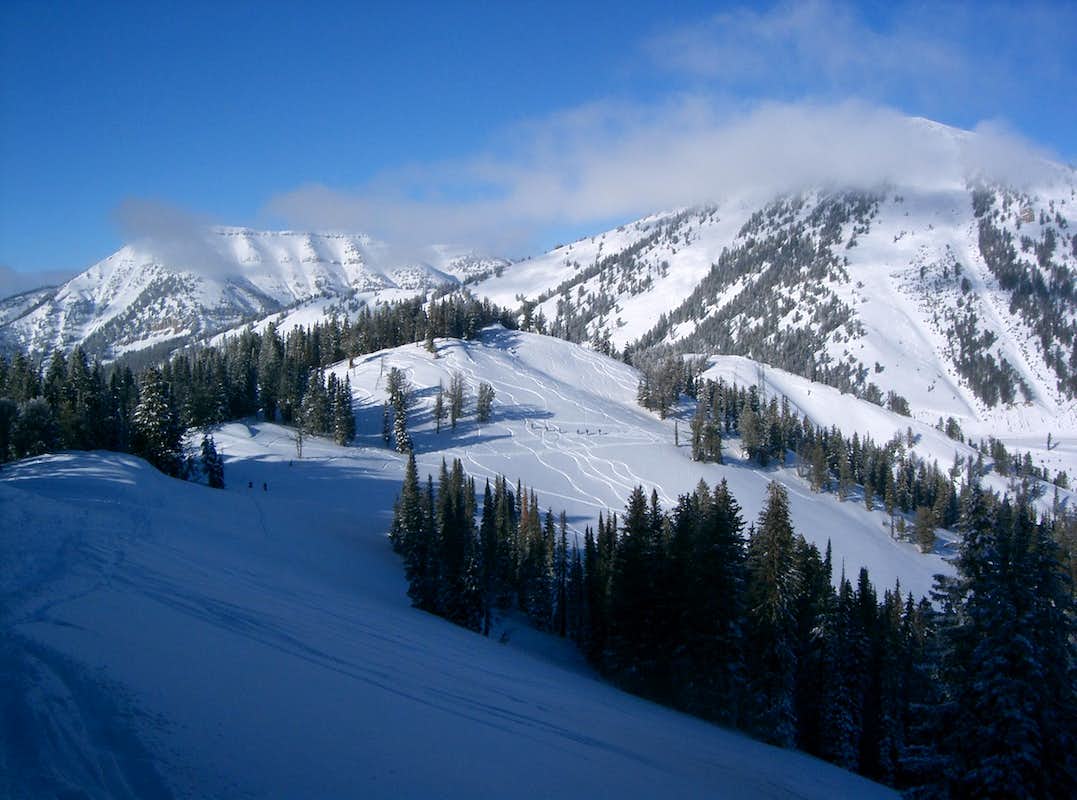 From Wilson, Wyoming, drive west on US 22 to Teton Pass. Hike north up the west edge of Twin Slides Slide Path to the summit. Due to Mount Glory's popularity, there is a permanent boot track during times of snow cover. 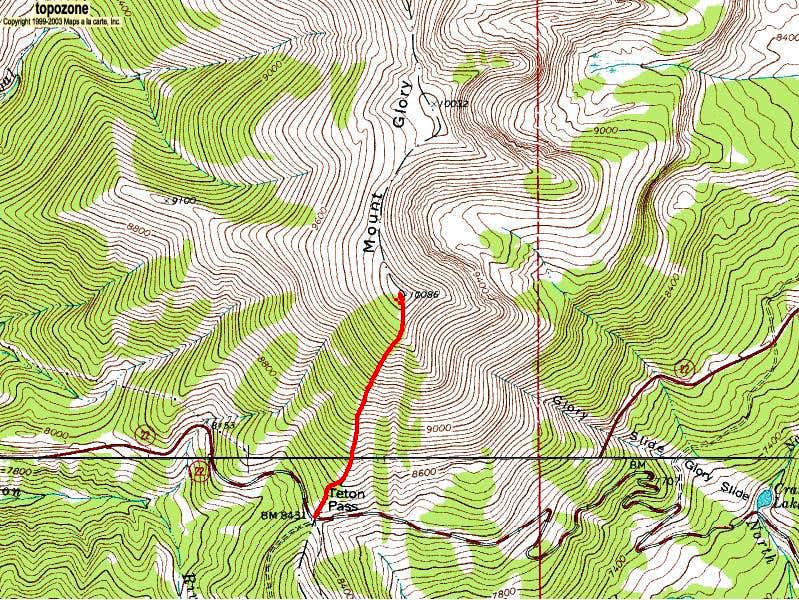