Buck Mountain is the highest peak in the Tetons south of the Garnet Canyon, and because of this offers a great perspective of the peaks to the north. 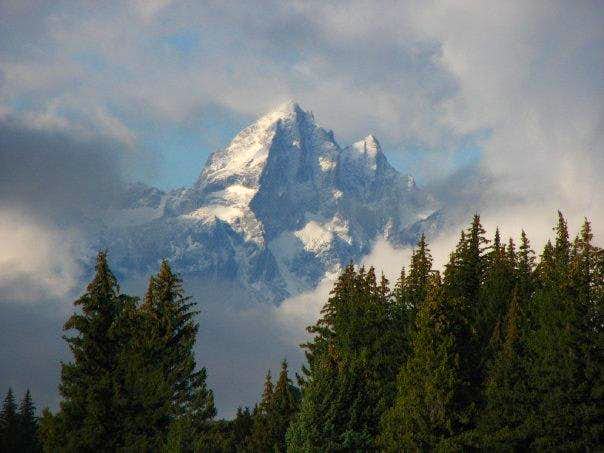 The first ascent of Buck Mountain was made by T.M. Bannon and his recorder, George A. Buck, whom the mountain is named after, on August 21, 1898, just ten days after the first ascent of the Grand Teton. Like most of the summits in the Tetons it can be climbed from the valley in one day. The north side has many moderate climbs on the steep face, and there are two class 3 walkups on the east and northeast slopes. The West ridge climbs are the most demanding, ranging up to 5.8. The proximity of Buck to the Alaska Basin (Teton Crest) trail and the relatively easy routes available make this a very worthwhile mountain to climb. You will also avoid the crowds at the more popular areas. 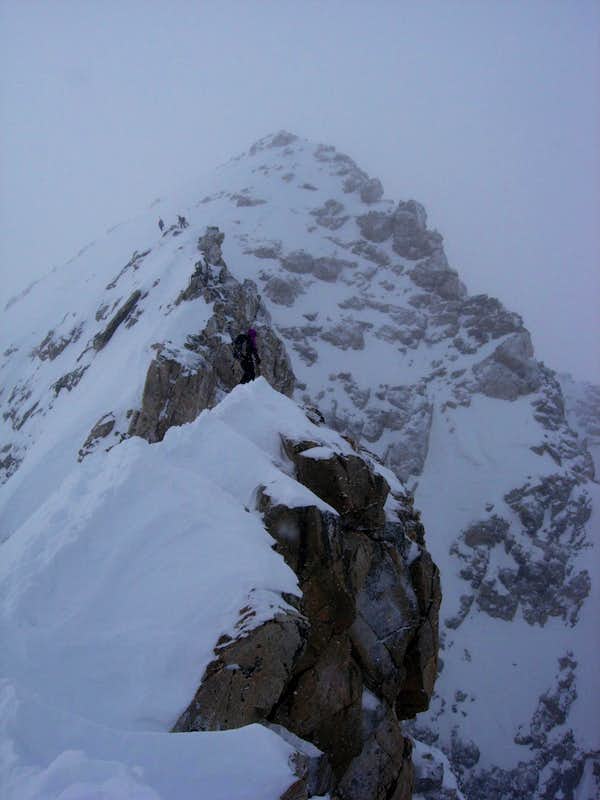 Buck Mountain from its East Ridge in January

Buck Mountain can be approached from the valley via Stewart Draw, this approach starts on the Valley Trail at the Death Canyon Trailhead. The road leading to the Death Canyon Trailhead is not plowed, so in winter one must park at the turnoff from Moose-Wilson Road. This adds 1.7 miles and 300' of elevation gain to the cimb. Follow the trail about 3/4 of a mile towards the Phelps Lake overlook. Just before the third footbridge on the trail, a small trail heads north into a meadow. The trail peters out in the meadow.....continue generally north until you cross two creeks. The trail becomes more defined. Folow it into Stewart Draw and the lower slopes of Buck. The north face climbs can be reached by scrambling and boulder hopping to the base of the face at the head of Avalanche Canyon. Routes on the southern and western sections of Buck are most easily reached on the Alaska Basin trail which passes near the southwestern flanks of Buck.

Camping is allowed in Grand Teton N.P. through a backcountry permit system. Check with the Park Website for details. The Teton Crest (Alaska Basin) trail leaves the Park about a mile north of Buck Mountain and passes through Alaska Basin. Alaska Basin is NOT part of the Park and camping is at large. Several excellent sites are within 40 minutes of Bucks pleasures.
If you are planning on a one day adventure, the nearest park campground is Gros Ventre about 30 minutes from the Valley trailhead.