This dirt road was built in the 1860s to connect Prescott, then the Arizona territorial capital, to the small but growing city of Phoenix. Today, it is "maintained" by the Prescott National Forest, where is is designated Forest Road 52. Its termini are in Prescott south of Gurley Street, and at Interstate-17 at the Bumble Bee Exit, about 65 miles in all.

Scott Surgent and his wife drove it from Bumble Bee through Crown King to Prescott in January 2003. They drove his stock 2001 Nissan Frontier. He had it in 4-wheel drive most of the way, but recalled the road being "decent". In 2011, he drove part of this road again, about five miles out of Crown King to Hopper Saddle near Horse Mountain. This section of road was in abysmal shape. Here is his trip report on that adventure.

Here is a detailed description from AllTrails.com.

Contact the Bradshaw Ranger District in Prescott at 520-443-8000 for the latest information.

The peak can be climbed all year. Summers are pleasant, but prone to thunderstorms. Winter "ascents" are possible, if the roads have been plowed open. The Bradshaws get a fair amount of snow, and some of these roads may be closed for days or weeks at a time.  Ideally, spring and fall months are the best times to hike here.  Fall colors come in October.

There are several developed campgrounds in the Bradshaw Mountains. Options include the Upper and Lower Wolf Creek Campgrounds, and the Lynx Lake Campground. You may also free-camp, but beware that the forest around Mount Union is "developed", including many private lots. You might have better options farther south, or off of the main roads onto the lesser roads. 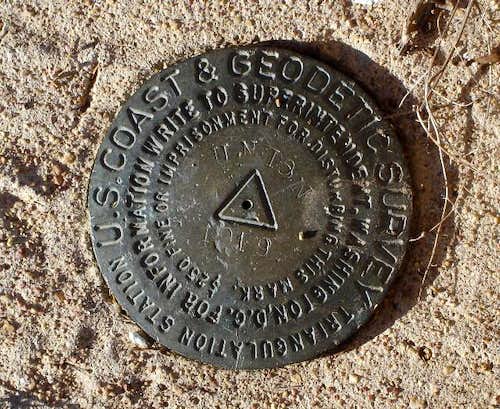