Bill Williams Mountain is an isolated peak about 30 miles west of Flagstaff, sitting atop the Coconino Plateau. The small town of Williams - a popular gateway to the Grand Canyon - sits at its base. Bill Williams is the westernmost mountain above 9,000 feet in Arizona. A road and a pair of good trails lead to the top, which has a manned lookout tower and numerous communications equipment. The mountain was named after a guide, scout, hunter, and mountain man named Bill Williams. He was killed by Ute Indians while transporting baggage for the Fremont expedition in 1849. The mountain and town are named for him, as is the Bill Williams River in western Arizona, which separates Mohave and La Paz Counties and drains into the Colorado south of Lake Havasu. Although a lone mountain, Bill WIlliams can be thought of as part of a sequence of lava domes rising along a common fault line stretching west from Humphreys Peak; the peaks Sitgreaves Mountain and Kendrick are the other two popular and well-known peaks along this fault. 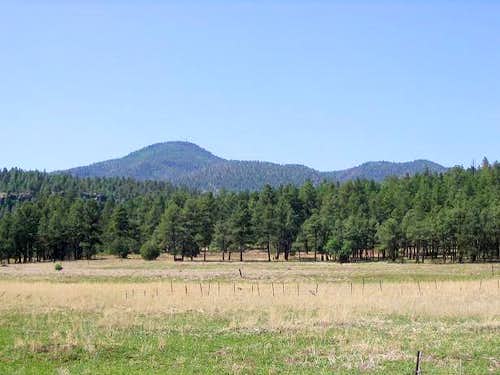 From Flagstaff, travel west on I-40 to exit 161 in Williams (about 30 miles). Drive south to the ranger station and continue a quarter-mile east to the trailhead parking area. The trail (#21) is about 3 3/4 miles to the summit, but a little less than 3 1/2 miles the trail connects to the Forest Road 111. From there you walk the remainder third of a mile to the summit on the road. To drive to the summit take forest road 173 that runs south from Williams (follow the signs to the ski complex, but stay on the road). Five miles south of Williams turn west onto FR-111. Drive west on road 111 as it winds its way up to the summit. The road is well maintained but steep. Reasonable high clearance is needed for most dry conditions. 4-wheel drive is probably not needed. 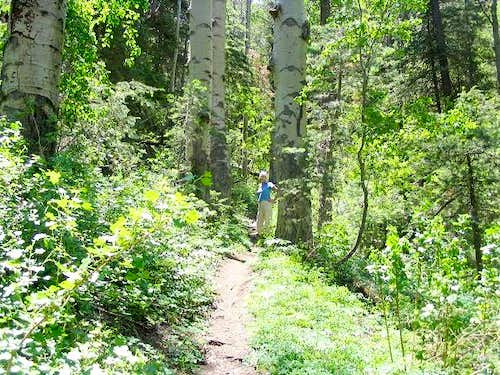 Lush tree and ground cover higher up in the canyon. Quite unexpected!

There is no red tape of note.  Just check fire maps to see about conditions in the area and any forest closures.  There can be closures during the summer: Coconino National Forest

All year if snows are light. Summer can get warm and thunderstorms always are a concern.

When Not to Climb

Hey, thanks for your post. I was just on Bill Williams today, and found out from the ranger that they close the trail for a couple of months in the summer due to fire risk. If you're hiking around that time, check with the ranger station first to see if the trail is open: 928-635-5600.