Mount Pluto, 8,617’ is the highest point at the Northstar ski resort located north of Lake Tahoe. It is quite easily accessible as a commercial ski resort.  There are summer activities as well including a bike race all the way down from the top of the ski lift. 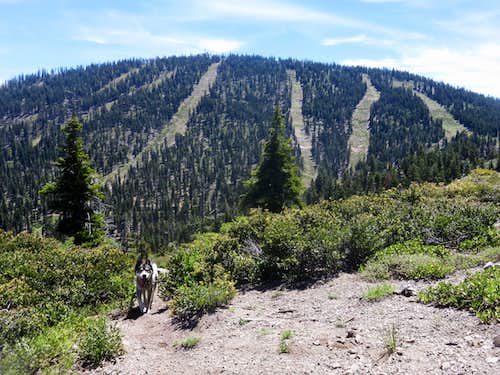 The summit itself has a restaurant, so this is a frequently visited location.  Many people reach the summit when they eat at the restaurant, or ski from the true summit.  But regardless, you can hike up to Mount Pluto from the base.

The summit itself doesn’t have great views of Lake Tahoe, but you definitely have good views on the ridge.  A separate mountain, Lookout Mountain 8,104’, sits on the north edge of the ridge.  It has a prominence of about 290’.  The route to Lookout Mountain is extensively well-marked.


Mount Pluto and Lookout Mountain can be combined with nearby Sawtooth Ridge, which itself can be challenging just finding your way to the ridge trail and heading up to its brushy summit.

But there are miles and miles of trails and dirt roads for mountain biking, hiking, and trail running in and around Mount Pluto and Northstar, particularly from the south side (non-resort side) of the mountain.

You can ski Mount Pluto in winter or snowshoe, and you can hike in the summer and fall.  Mount Pluto has a prominence of 1,457’.

You can hike Mount Pluto from Northstar.  You can take the chair lift or just hike it.  During the summer, there is easy access from Carnelian Bay Avenue, a single-lane paved road heading through the forest, which reaches the back side of Mount Pluto in about 5 ½ miles.

Northstar is reached off of Highway 267 heading north from Kings Beach, California at Lake Tahoe or south from Truckee, California off ofI-80.

Carnelian Bay Avenue is reached by driving approximately three miles north on 267 from Kings Beach and taking a left on the road marked 73.  The road to Mount Pluto is about 5 ¾ miles up and isn’t marked.  But it is obvious because there are two roads coming together to form an upside down “V”.

From Northstar, you can reach Mount Pluto via a steep 2 miles straight up the ski slopes, gaining nearly 1,800’, or more gradual 3 ½ miles on roads, or 5 miles by taking the road around Sawmill Lake. 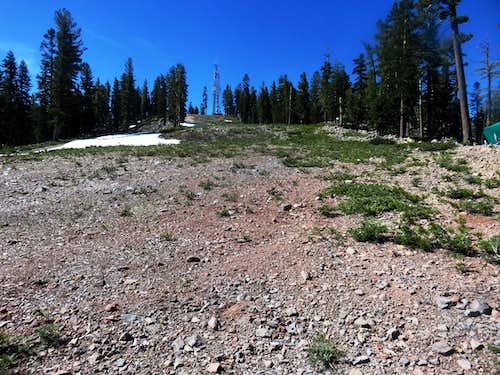 Looking up the ski slope to the summit of Mount Pluto

From Carnelian Bay Avenue, the summit is reached by hiking up 750’ in about 1.6 miles.  The road is closed to all vehicles and only hikers and mountain bikers are allowed. 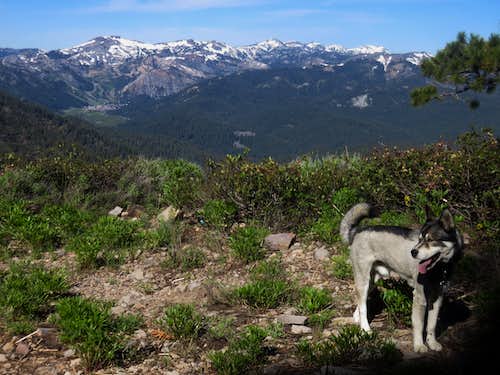 View of Squaw from the road to Mount Pluto

You can hike to Lookout Mountain via this route, and then back down to Carnelian Bay Avenue in an out and back hike that is roughly 7 ¼ miles round trip.  But you will have to hike almost all the way back up to Mount Pluto on the way back.  The total elevation gain is 1,860’ round trip. 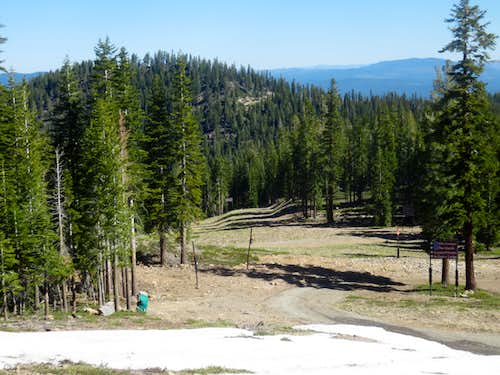 This is an active ski area between typically late November through early to late April each year, depending on snow conditions.  During the summer, you’ll see signs prohibiting access to motorized vehicles on some roads.  But mountain bikers and hikers are welcome.