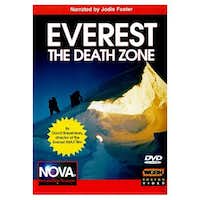 Get ready for a (literally) breathtaking trek up Mt. Everest, from Base Camp at 17,600 feet; through the chilling, corpse-strewn Death Zone; to the very pinnacle of the the Earth, five and a half miles above sea level. For those brave souls who survive the harrowing climb to the top of the world, it is a transformative experience. But can the excruciating ascent—through frigid cold, blasting wind, blinding sun, and severe lack of oxygen—cause permanent, damaging changes to the human brain and body?

In the wake of the 1996 disaster that took eight climbers in a single day, scientists follow a team of hikers to measure, for the first time ever, the toll high-altitude climbing takes on the heart, lungs, blood, and brain. Why do seemingly rational people make poor, sometimes fatal decisions as they approach the peak? And the danger doesn’t end there—as NOVA discovers during the descent, when one climber's respiratory illness takes a terrifying turn on the isolated mountainside. ''Even with the best technology, the best training,'' says team member, producer and director David Breashears, ''you can still end up frozen to death at 27,500 feet. That's what makes Everest Everest.''

"Because it is there" is the reason so many men and women have risked death to climb Mount Everest, the tallest mountain on earth. NOVA follows a scientific investigation of high-altitude physiology in Everest: The Death Zone, which examines the biological and psychological changes experienced by a group of climbers during their ascent. Jodie Foster's narration accompanies the team as the NOVA photographers capture the stark, alien beauty of the mountain; the drama reaches a crescendo on the descent as it becomes unclear whether or not an ill climber will make it. Well worth watching by anyone interested in mountain climbing or the limits of human endurance, Everest: The Death Zone is at once cautionary and inspiring. --Rob Lightner

Great Film
This is really educational. Its shows the effects of altitude n detail, and also have good coverage of the team doing the ascent. This is one of the best documentary done on the subject that I have ever seen! Defiantly worth the watch!