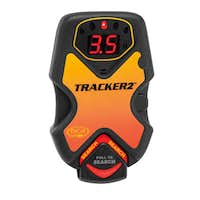 When Backcountry Access introduced the world's first digital avalanche beacon in 1997, they had one objective: to make beacon searching easier. Since then, rescue times in the U>S> have decreased by almost 40 percent. And more lives are being saved than ever before. In 2008, they're taking search speed and ease-of-use to the next level: Tracker2, featuring real-time precision pinpointing with triple antenna. And a new case design easier to use right out of the box.

The Tracker2 is an even easier-to-use version of the popular Tracker DTS, currently the world's best-selling avalanche transceiver. Its strongest feature is its "real-time" display, meaning there is virtually no delay between the time that the avalanche victim's transmit pulse is sent and when the victim's distance and direction is displayed. This makes for extremely fast pinpointing, which is often the most demanding part of a transceiver search. The Tracker2 also has exceptional display resolution, meaning the distance readings (in meters) change quickly and more often than other digital beacons. This increased display resolution provides for smaller brackets and faster, more intuitive pinpoint searching. Finally, a third antenna has been added, eliminating the misleading "spike" and "null" signals that can complicate pinpointing with single and dual-antenna beacons, especially in vertical burials.

Not out yet.
So we'll see how it works. Supposed to the cat's meow...