Prospect Peak, also known as “East Prospect”, is one of the major peaks in Lassen Volcanic National Park (LVNP). At 8338 feet, Prospect Peak offers great views of the NE portion of LVNP as well as beyond into Lassen National Forest. When viewed from Hwy 44 to the north, twins Prospect and West Prospect Peaks tower above the surrounding terrain. There is an impressive lava flow between the mountains that especially stands out in the winter. Prospect Peak has 1938 feet of prominence.

Compared to the popular nearby Cinder Cone Trail, which shares the approach from the Butte Lake Trailhead, the Prospect Peak Trail offers a longer, shadier, and quieter experience – and expansive summit views that include Cinder Cone with a Painted Dunes and Fantastic Lava Flows backdrop.

Prospect Peak is one of four shield volcanoes located in LVNP; each is topped by a cinder cone.

A Forest Service fire lookout was built atop Prospect Peak around 1912, prior to the 1916 establishment of the National Park. The building served as an active lookout until 1935, when the Civilian Conservation Corps built a new lookout on neighboring West Prospect Peak, 2 miles away on National Forest System lands. The wooden Prospect Peak lookout was added to the National Register of Historic Places in 1978. The lookout continued to stand atop the peak until at least 1980 (last dated photo I could find). All that remains now is a pile of weathered lumber. This may just be the remains of an outbuilding, as I came across one reference that implies the lookout building was actually dismantled, removed, and rebuilt in a storage facility in southern California. 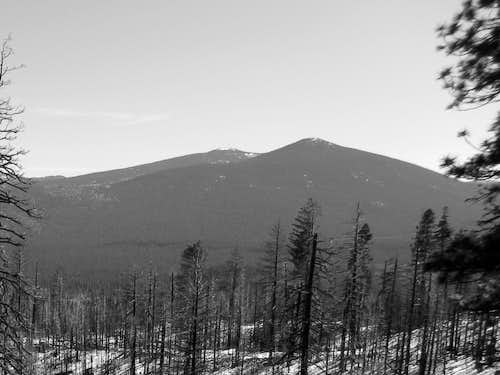 Prospect Peaks as viewed from Sugarloaf, across the Hat Creek Valley. Prospect Peak is "peeking" out on the left behind the shorter West Prospect. 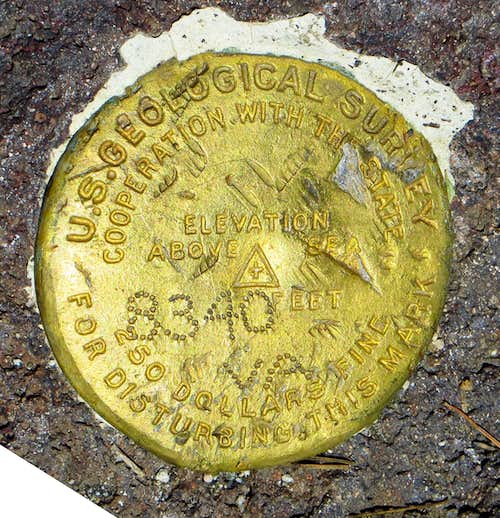 Take California Highway 44 to the Butte Lake Road. This is approximately 11 miles east of the junction with Hwy 89 in Old Station, and 40 miles west of Susanville. Head south on the gravel Butte Lake Road for approximately 6 miles to Butte Lake. Park in the small lot near the boat launch, looking for the signs for Cinder Cone.

In LVNP, only Lassen Peak and Brokeoff Mountain have higher summits attainable by trail. 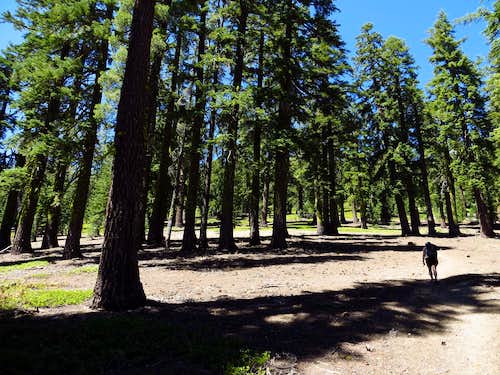 Crossing through the fir belt. 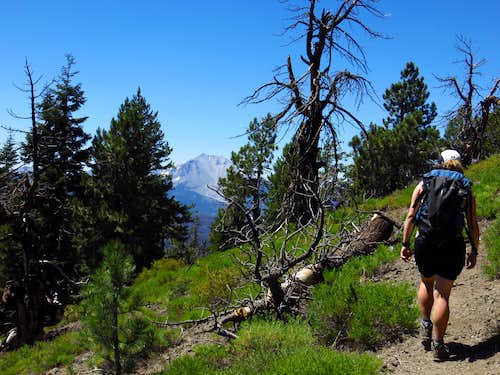 The trail to the top is 3.75 miles one-way from Butte Lake, and gains 2250’ of elevation. Follow the signs and trail heading for Cinder Cone. During this first stretch you are actually on the old alignment of the Nobles Emigrant Trail. In about 0.45 miles, there is a signed trail junction on your right. Take this the remaining 3.3 miles to the summit. A short loop around the outside rim of the forested summit crater will provide you with excellent views in all directions.

If you still have energy when you get back to the trail junction, I recommend turning right and making the short jaunt to Cinder Cone. Then enjoy a refreshing dip in the cool waters of Butte Lake before your drive home.

Prospect is located within Lassen Volcanic National Park. When entering the Park from the Butte Lake Road, there is a self-service fee station. Vehicle fees are $10 for seven days.

Summer and fall are best for following the trail to the summit. In winter and spring, vehicle access to Butte Lake is often limited by snow. Adventurous types can access Butte Lake via cross-country skiing from Hwy 44 (about 6 miles), then continue on to the summit. 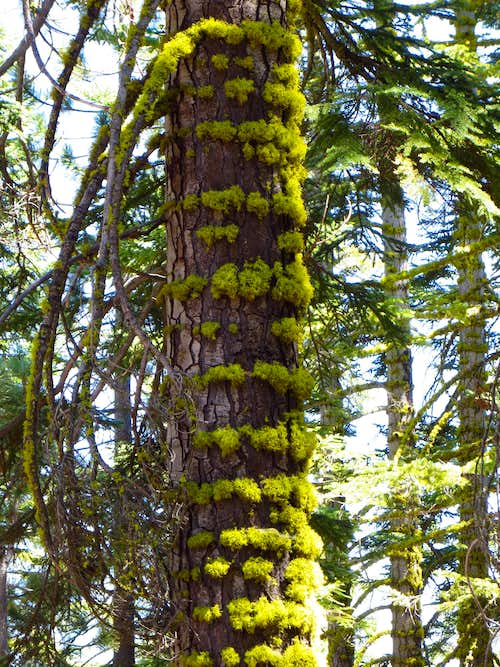 Lichen rings along the trail.

June through October there is abundant developed camping adjacent to the trailhead at Butte Lake; National Park Service fees apply. Currently these sites are $16 per night, and reduced to $10 after the potable water is shut off in mid-September. Free camping is also available outside the Park in Lassen National Forest. Dispersed camping is allowed just about anywhere, and there is also a nice free campground just off the Butte Lake Road, between Hwy 44 and LVNP (about 2 miles north of the Park boundary). 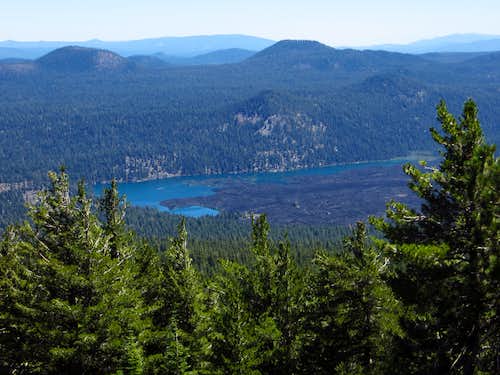 Looking down at Butte Lake from the top of Prospect Peak.

A geologist once found a 6-inch diameter pumice rock atop Prospect Peak. It was believed to be from the May 1915 “Great Hot Blast” of Lassen Peak, meaning it would have traveled 10 miles!

360-degree panorama from the summit of Cinder Cone; Prospect Peak on the left.

Looking NW from the summit of Prospect Peak

Unfortunately, as of 09/2021 this peak had burned in the Dixie Fire.