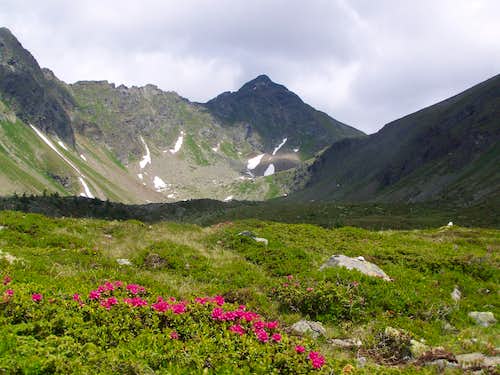 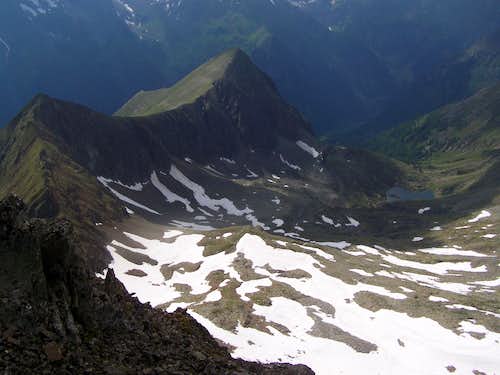 This page is about the 2742 meter high Roteck in Niedere Tauern. This is not the only peak in the Alps called Roteck: there is a higher “brother” in South Tyrol, in the Texel Group: Roteck / Monte Rosso (3337 m). There is a Roteck (1156 m) in Germany, too.

Preber is the neighbouring peak of Roteck, and 2 meter lower. Still Preber is better known. Less detailed maps show Preber but not Roteck. Preber is frequented by much more people. Why? I think that many factors cumulate in this popularity:

• Preber has a more characteristic name than Roteck
• Preber is nearer to Preber See (Lake of Preber) that is the best trailhead to both peaks. And Preber can be seen from the road leading to Preber See, while Roteck is hidden behind Preber
• Preber has a gentle southern slope, and it makes this mountain a popular ski destination. Roteck is a wilder, much more rugged mountain
• Preber is easier for hikers. It requires no technical skills, while to Roteck some scrambling is needed, too

Roteck and Preber are connected with a ridge, and the lowest point of this ridge is called Mühlbachtörl (2478 m). Mühlbachtörl and Preber are the southeast from Roteck. The northern neightbour of Roteck is Grosse Barbara Spitze (2726 m). On the south there is Golzhöhe (2580 m) while Stier Kogel (2505 m) and Som Spitze (2405 m) are the western sub-peaks.

Each sides of Roteck are quite steep. The steepest is the north-eastern face – it is almost vertical. Due to its height is is bare rock – if we don’t consider some surviving grasses and flowers at some spots.

Roteck is on the administrative border between Styria and the land of Salzburg. 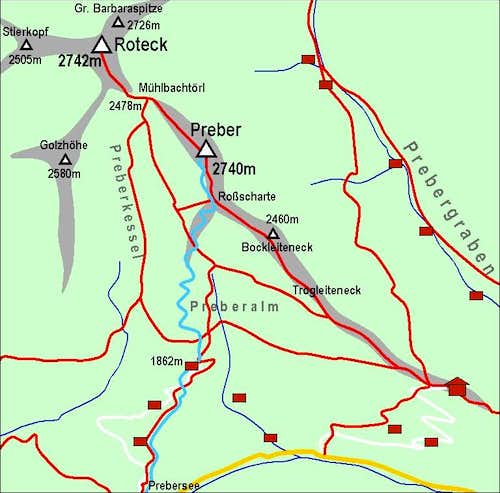 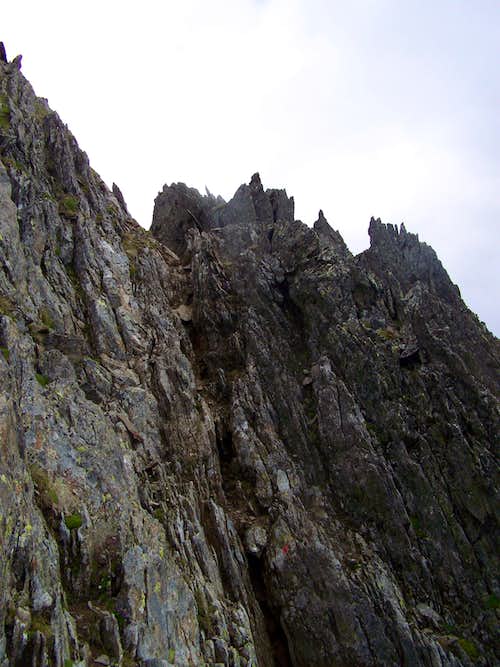 Hiking:
• The only marked trail leading to Roteck goes from Mühlbachtörl. Getting to Mühlbachtörl requires no technical skills (though some efforts are needed due to its distance from any trailhead and due to the elevation gain). The route from Mühlbachtörl to Roteck it is a bit more difficult. It requires some scrambling. Some decades ago certain sections of the trail were secured. But this klettersteig/via ferrata section was not maintained, and now it doesn’t provide technical support any more. In these conditions I wouldn’t much recommend visiting Roteck when snow or ice can be expected there. So best to climb Roteck in July-August-September. And one more comment: the route is marked, but not perfectly. Sometimes it’s a challenge to find the right way
• There is no marked route to the north neighbour: to Grosse Barbara Spitze. Still it is recommended to go over there on the ridge connecting the two peaks. This is not much extra effort if you are already on Roteck 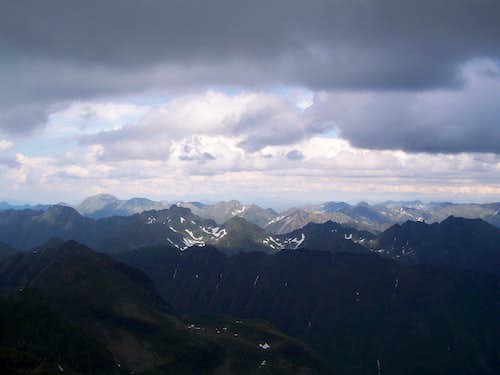 View of the see of peaks in Niedere Tauern 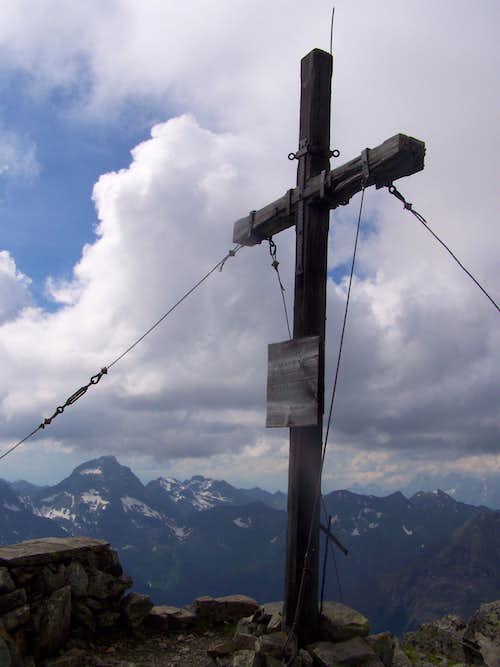 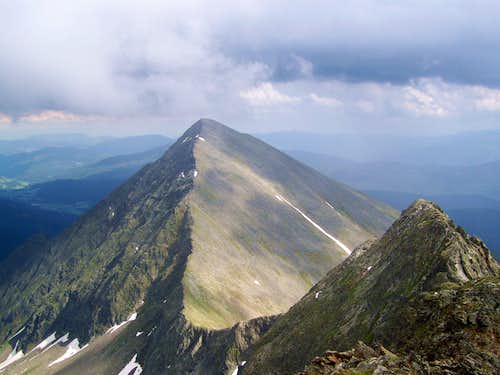 It’s fantastic. Instead of words: 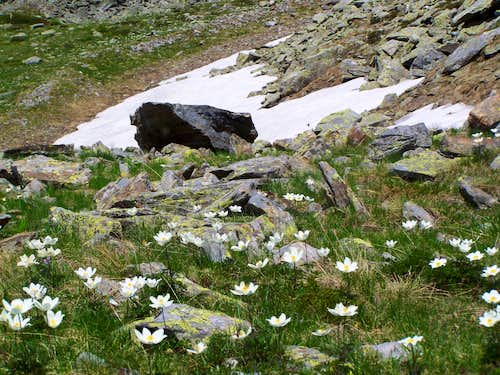 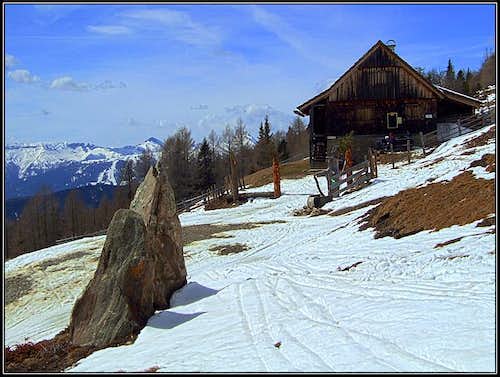 Preberhalterhütte - photo by Vid Pogachnik
Roteck can be done within one day. Still there are tourist huts in the area:


There are two camping sites in Tamsweg, just a few klometers west to Preber See: 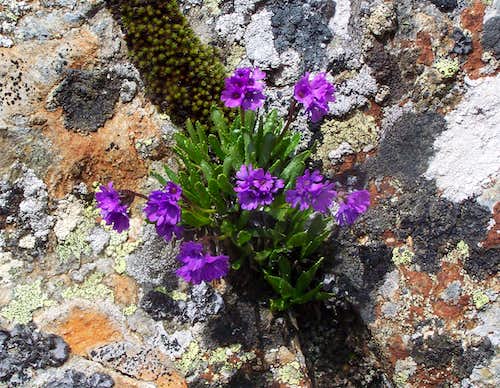